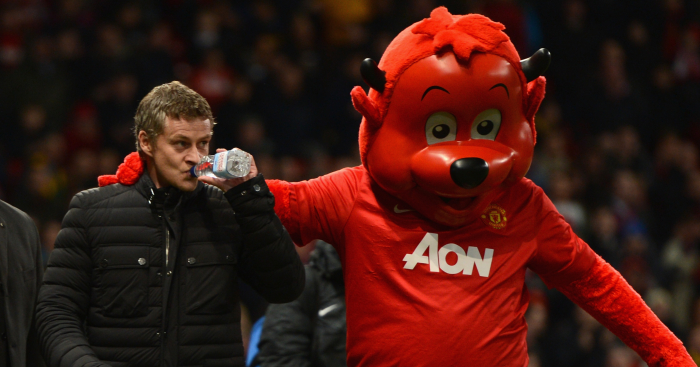 There’s a reason why Laurent Blanc’s agent did such a thorough job of promoting his client that the Frenchman was propelled to the top of every list of potential caretaker managers without so much as a nod or a wink from Man Utd themselves. Never has a job with such terrible long-term prospects been so appealing in the short term. Like following the worst of exes or the most tuneless of karaoke singers, taking the Old Trafford job after Jose Mourinho is not so much a poisoned chalice as a golden goblet filled with sweet, sweet nectar. The new, temporary man simply cannot lose.

The bar has now been lowered so far that even continuing in the same aimless way – stumbling to draws and narrow victories against poor opposition and being thoroughly outclassed by those who have left them far behind – will only prompt tutting and more pointing of fingers at Mourinho, Edward Woodward, the Glazers and Paul Pogba. Arms will be thrown in the air, shoulders will be shrugged and the man ‘in charge’ will walk away entirely blameless. Nothing will stick. And that is the very worst-case scenario.

A more likely scenario is that there is an upturn in both form and mood. Ding-dong the witch is dead and the club will feel like a lighter place for his passing. If we are to believe that there were only a handful of players who remained loyal to Mourinho, then that leaves a majority who could instantly improve even before tactics and coaching become a factor. And really, even a rank amateur could encourage this side to run more, press more, simply look like they want it more. If the will is there, there are easy ways to improve performances – or at least the aesthetics of those performances – within days.

Beyond that, all fans really want is for Man Utd not to be a laughing stock, to not sink inexorably into mid-table, to not be utterly humiliated. When expectations are so low – and they really have been hammered over the last four months – then exceeding them should be easy. Even if United continue to mosey along in sixth, remaining out of reach of a Champions League charge, the caretaker will be heralded if the football improves by just a fraction. If supposedly world-class players do not look petrified of the ball, while running at speed with and without it, it’s a fast track to hero status for the man in the dug-out.

This job is so chock-full of easy wins – put Mason Greenwood on the bench, put four attacking players on the pitch, play Anthony Martial and Marcus Rashford, play centre-halves at centre-half – that it would be almost impossible not to win over the fans. These are open goals. And with no long-term responsibility, the half-time substitute need only worry about the football. And Ole Gunnar Solskjaer carved a successful career out of being an Old Trafford substitute.

There will be no politics, no jockeying for position, no power struggles with players or directors. All that can wait for Mourinho’s long-term successor, who should – if United have learned any lessons at all – be aided by a sporting director. For now, it’s just about performances. Not even results, though those usually arrive in tandem. Rarely will any coach have such an uncomplicated brief.

The ideal way to follow one of the game’s most decorated managers at one of the world’s biggest clubs is if that reign has degenerated into disaster. This is a free hit. If the worst-case scenario leaves you blameless, imagine what would happen if Man Utd are transformed…