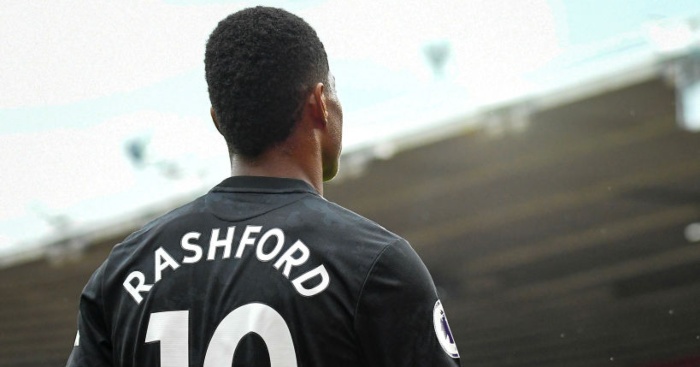 “Mid-table? Man United?” was followed by a hearty laugh from Dion Dublin, seeing Leon Osman’s suggestion that Manchester United really could end up mired in mediocrity as an attempt at banter. Two hours later, nobody could have argued that the threat is not deadly serious. This is a team that has won just once in nine Premier League attempts, not won away in the Premier League since February and kept just one Premier League clean sheet in their last 15 attempts; mid-table might actually be ambitious.

Like a mid-table side, Manchester United have a smattering of excellent players, capable of moments of genius. But like most mid-table sides, options off the bench are limited and control on the pitch always seems to be just beyond their grasp. For five minutes you think they have a coherent plan, and then for the next five minutes you wonder if those 11 players have even met before today. From the sublime to the ridiculous before finally arriving at the utterly frustrating.

For every positive there is a negative with this United side. On one wing is the effervescent Daniel James, and on the other is the ineffective Andreas Pereira. On one side of the defence is the commanding Harry Maguire, and on the other is Victor Lindelof being beaten in the air. For every chance the powerful Paul Pogba creates, the lackadaisical Paul Pogba gives another away. For every tackle won by the extraordinary legs of Aaron Wan-Bissaka, the ball is given away needlessly by the poor decision-making of the same player. And through it all, Marcus Rashford looks far, far too weak to lead the line.

United played for 20 minutes against the ten men of Southampton and at no point did you feel like a winner was inevitable. This is a side that looks dangerous when moving quickly through the gears into space, but against a depleted and packed defence, they were blunt and bereft of ideas. If 17-year-old Mason Greenwood – no matter his potential – is the only striker on your bench, something has gone awry. If you are down to ten men against United, there should be a feeling of ‘here comes the cavalry’; on Saturday, Ole Gunnar Solskjaer went into battle with nothing but drummer boys.

That the table after this draw showed United in fourth was a gift of the fixture schedule; after four games of last season, Wolves were in 11th with the same five points from four games. Just above them were United in tenth on six points. Somehow, even though the defence has clearly improved – in open play at least – after £130m of investment, Solskjaer’s United are still worse than Mourinho’s. That was not deemed good enough in 2018 and it should not be deemed good enough in 2019, even with caveats afforded by the promotion of youth.

“I think you almost have to write Manchester United for the next two or three years,” said Paul Scholes, who would not have laughed as heartily as Dublin at the suggestion of this United side finishing in mid-table. Right now, it looks like there is a ceiling above what this set of players can realistically achieve. It may take a couple of months to work out whether that ceiling would be raised by a different manager.