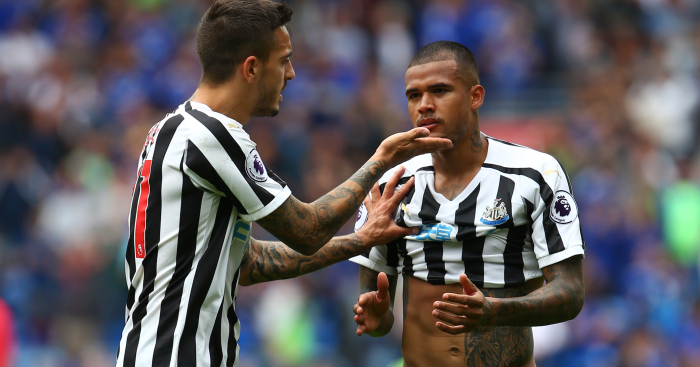 When Rafael Benitez shows his Newcastle players their performance at Cardiff, too many will struggle to deny the accusation that they are coasting. Some will maintain that it was simply one of those days; others will protest that they achieved their minimum target and came desperately close to the maximum. However they dress it up, though, Benitez seems to have a core of players too keen to stay within their comfort zone.

You might forgive some of the players for identifying an opportunity to canter this term. The consensus is that that they overachieved last season and despite some reinforcements arriving, if not nearly enough, very few expect them to retain a place in the top 10. Anything other than relegation will do.

The responsibility for that won’t shift from Mike Ashley’s door for as long as he remains Newcastle owner and all the while his approach to stewardship of the club remains unchanged. Benitez has to pick up the pieces – and though he received most of the credit for the Magpies’ late surge last term, his reputation is once again on the line as he embarks upon another season without the resources he feels are necessary.

The reverence of Rafa and wrath flying towards Ashley provides Newcastle’s players with convenient shade from the spotlight and the performance in south Wales suggests some are willing to shelter underneath it.

Jonjo Shelvey enjoys nothing more than feeling that spotlight reflect off his bonce and he was one of the few Magpies who seemed to relish it upon his return to south Wales. The former Swansea star was clearly eager to prove a point, not only to the booing home fans but also to Gareth Southgate. Shelvey spoke in the build up to the weekend about his international ambitions, his exclusion from England’s World Cup squad and his belief that, had he not made some questionable decisions during his decade in professional football, then he would be playing on the stage he feels his talent deserves.

The Romford-born midfielder showcased the passing range that no one doubts he possesses, with three passes in the opening 11 minutes creating openings for the visitors during a lively start that soon tailed off. Perhaps aware of the criticism around England’s creativity this summer, Shelvey seemed determined to prove he has what Southgate lacks – a deep-lying string-puller who can provide a link to the front man.

He created all five opportunities Newcastle carved out but Shelvey also highlighted why Southgate didn’t call in May. Shelvey made 24 passes that ended in the final third – three times the number of any of his team-mates – but only nine found a black and white shirt. It was typical of his overall play. Shelvey completed a questionable 64 per cent of his passes and cost Newcastle possession 25 times. Only one outfield player, Watford’s Ricardo Pereira, was more wasteful in possession during the entire Premier League opening weekend.

Shelvey’s commitment at least could not be questioned, and Newcastle were extremely grateful for a last-ditch clearance to deny Cardiff an opener just before they went down to 10 men. The midfielder can reflect on some creditable passages of play – which is more than can be said for one of his midfield team-mates.

If in recent years the Premier League has seen a worse individual performance than Kenedy’s, then it does not spring readily to mind.

The Chelsea loanee failed to pass the ball to a team-mate for the whole of a first-half that he should not have been allowed to complete. He wasted a late 20-yard free-kick, hitting tamely into the wall form a central position before applying an even more half-hearted finish to last-kick penalty that would have given the visitors a win they barely deserved.

If Opta kept stats on failed Maradona spins, Kenedy would doubtless have set a new Premier League record. It was after one of those turns in midfield had failed that he lashed out at Roberto Camarasa – perhaps the only kick that found its target all afternoon and one which will probably give Kenedy three games on the sidelines to think about what he has done.

The Brazilian was not the only Magpie whose decisions can be questioned. Javi Manquillo would probably have been sent-off had he not been hooked at half-time, for Isaac Hayden, who did see red 20 minutes later. Benitez’s third-choice and last available right-back had already been told – by Shelvey of all people – to tone it down before he led with his studs while challenging Josh Murphy from behind. Not the most blatant red card we will see this season, but a difficult one to mount a defence for.

Hayden probably won’t be a Newcastle player by the time his suspension is served and his carelessness was infectious. One of the themes Benitez is sure to have focused on this week was Cardiff’s strength at set-plays, with the Bluebirds having scored 21 goals from restarts last season. The simple way to nulify that threat is to avoid giving away free-kicks around the box. So, of course, Newcastle conceded five in their own defensive third.

That they were not punished was down to some more creditable defending as well as some uncharacteristically woeful deliveries that typified a poor game. This was a game that both sides would have identified as winnable and in the end, Cardiff will be grateful for a point after their late escape. But coming so close to a smash-and-grab victory does not mean that the visitors would have deserved it. Not even the scale of Newcastle’s internal problems can mitigate the poor return Benitez reaped from his players in south Wales and their journey back north presumably commenced with a firm kick-start to end whatever ideas the Magpies may retain of freewheeling beyond the opening week.