Home All The News F365 Says: No case for Man United defence without Bailly 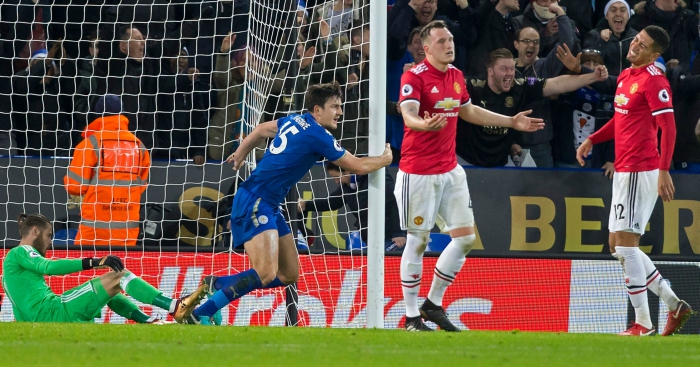 “Is Eric ready to come here and start performing from day one? I don’t know. It is a question mark but my job is to delete that question mark as soon as possible and give him the stature, brain and personality to play for Manchester United.”

To Jose Mourinho’s credit, it took the Portuguese just four months to remove any semblance of doubt, to “delete that question mark” surrounding Eric Bailly. The centre-half endured a relatively difficult opening salvo at Old Trafford after joining for £30million last summer, but soon settled into a defensive groove.

Bailly struggled initially in Manchester, losing three of his first nine Premier League games. But a short spell on the sidelines through injury galvanised the Ivorian: from December onwards, United lost just two of the 28 games in all competitions he featured in.

That record from a successful debut season carried over into his second. From August to November this year, United were beaten just once in 10 games with Bailly starting. Their other five defeats in all competitions have come during his latest injury setback.

United have suffered for the absences of Paul Pogba, Marouane Fellaini, Marcos Rojo and Phil Jones this season. But the lack of a 23-year-old with 120 first-team career appearances to his name has been arguably their most important. United somehow look incredibly inexperienced in defence without their most inexperienced defender.

Against Leicester, both centre-halves were culpable for either of the hosts’ goals. Jones was caught too far upfield for Jamie Vardy’s early opener, while Chris Smalling, or the apparent inability to readjust due to his injury, was to blame for Harry Maguire’s late leveller. The result is a 2-2 draw in a game United should have won, and a 13-point gap to leader Manchester City – the largest in English top-flight history at Christmas.

Anthony Martial, Jesse Lingard and Marcus Rashford deserve censure for missing presentable chances, but there is no case for the defence. The Premier League table shows that only City (12) have conceded fewer goals (14) at the halfway stage of the season, and yet United concede more shots per game (12.3) than eight sides – including Huddersfield and Crystal Palace. Their impressive ‘goals against column’ is the work of David de Gea more than anything.

“Childish in our box. Childish in their box,” was the withering post-match assessment from Mourinho, and it was as scathing and accurate as it was short. Antonio Valencia’s injury, and Victor Lindelof’s subsequent switch to right-back, can explain in some part United’s defensive naivety, but this was a team effort in ineptitude. Leicester’s game plan is perhaps the most transparent in the Premier League – Jamie Vardy, Riyad Mahrez and Demarai Gray were born to counter-attack at will – yet United were constantly caught out.

Even with a one-man advantage, Leicester reduced to ten after substitute Daniel Amartey was sent off, United never looked certain of securing all three points. Mourinho happily ceded the initiative to the hosts by removing the lively Lingard to bring on Ander Herrera, but the plan backfired as Leicester bypassed the midfield and went straight for the exposed throat.

A team such as United can surely rely upon their defence in the face of any onslaught, aerial or otherwise. And yet Lindelof, Smalling and Jones – a physically imposing trio, all useful in the air – rarely looked comfortable.

Mourinho’s latest prognosis, that Bailly will miss a further two months at the least, is a blow. United conceded four goals in ten games with him in the side, and now 18 in 19 without him.

But it is damning that a team of this stature should have to rely upon the availability of an excellent but inexperienced defender. The excuses have already been made for this title race being run before the new year – City are simply too good for anyone to keep up – but the leaders have covered the absence of their expensive, young centre-half seamlessly, and even repeated the trick at left-back with Fabian Delph. Mourinho must find a way of doing the same.