Home F365 Says Do Arsenal deserve a kicking or are we just used to it? 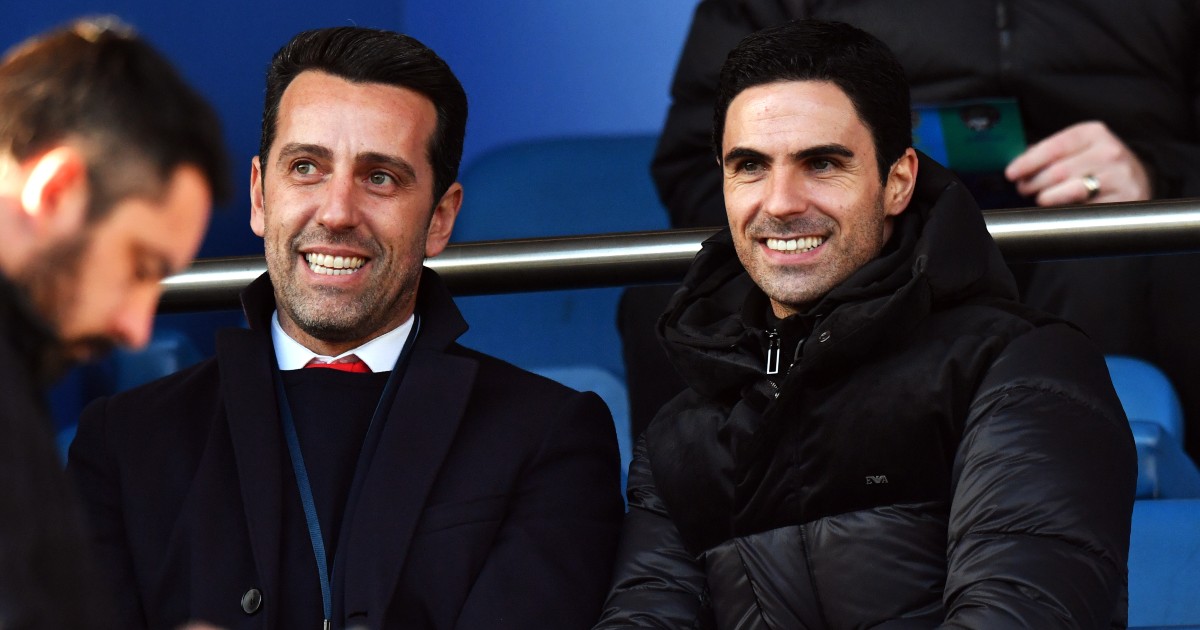 Let’s not kick Arsenal for the sake of it. Edu and Mikel Arteta should be praised when it’s due.

There’s nothing quite like a fall from grace. At least part of the enjoyment at seeing any rise to the top is anticipation of the demise. Sometimes an immediate collapse from that peak sates those feelings of schadenfreude, but often a slow burner is more satisfying. Those feelings are particularly true of football fans, who revel in the anguish of rival supporters, sometimes in the knowledge of just how that feels, but often without empathy, just pure sadism.

It’s fashionable to give Arsenal a kicking. And let’s make two things clear: the club and the fans aren’t too badly off. They do often deserve a bit of a kicking. But ignoring the unamusing and futile comparisons between who Arsenal signed and the teams that can no longer realistically be deemed rivals, this transfer window has definitely not been anywhere near as bad as the kicking junkies are making out.

We’re at risk of being contrarian for the sake of it, and it’s not been a flawless window by any means. But Arsenal not only had more to do than most, they also did more and arguably did it better.

They’ve signed two full-backs, a goalkeeper, a defensive midfielder, an attacking midfielder and a centre-back. And they’re not squad players – at least four of those signings will be in Arsenal’s starting line-up and it’s perhaps only the promoted teams and Crystal Palace who could claim to have strengthened their first team to such a degree this summer.

“Tell you what, I’d do a better job [than Edu],” Paul Merson told Sky Sports during deadline day. “I’ll tell you now, I could do both [Soccer Saturday and technical director].”

While we are reticent to give any weight to Merson’s claim as it’s, well, Merson, he’s not alone in thinking that the Brazilian is out of a depth that anyone with more than a season’s experience on Football Manager could survive and thrive in. Sure, there have been more transfer duds than otherwise in recent times, and there’s no doubt that where Michael Edwards prospered at Liverpool in a similar position, Edu, Raul Sanllehi and Arsenal faltered, but what exactly would anyone else have done differently this summer?

There was scorn no matter what happened. They were mocked when it looked as though they weren’t going to land Martin Odegaard and further ridiculed when they did. Tomiyasu was a great, versatile option when he was linked with Spurs, before being neither a centre-back nor a right-back having signed for Arsenal. Players “being offered to most clubs in the Premier League” is just something that happens, by the way – it doesn’t make that individual any less of a player. Cristiano Ronaldo was reportedly shown around quite the swathe of suitors this summer, for example.

Very unprofessional from @SkySports and especially @SkyKaveh on Tomiyasu

Manchester United signed Ronaldo and Raphael Varane for less than Ben White *laughing emoji*. Funny? Not really. Exasperating? Yes. Let’s not forget that United, along with Manchester City, were also interested in White, and if it had been Pep Guardiola who had secured the England international, he would no doubt be tipped for success rather than the scrap heap he’s being readied for after one game for Arsenal. £50m is a lot of money, more money than Varane in terms of a transfer fee, but the Frenchman is is five years his senior, was never going to join a team not playing in the Champions League and has a much higher wage.

And White, who has all this potential and room for growth, is the oldest of Arsenal’s six signings. Without the lure of titles or European football, Edu and Arteta had a plan to buy budding young talent and they have carried it out. It’s always going to be more of a risk but it’s a calculated one they had little choice but to take. They tried quick fixes with old Premier League stalwarts like David Luiz and Willian before, got slaughtered for it and have learned from that mistake.

Arteta’s problem is impatience. He’s now got a squad to start a rebuild that he’s already supposed to be midway through. Some of these young players have never played Premier League football and all of them will take time to bed in. The Arsenal boss needs them to hit the ground running to save his job but he can’t reasonably expect them all to do so.

If results don’t improve quickly, Arteta will be sacked, but it won’t be because of this transfer window. We all love a good kicking – and we’ll be the first to plant a sole or three if Arsenal don’t beat Norwich – but that will be for good reason, not just so we can get our kicks from the kicking.