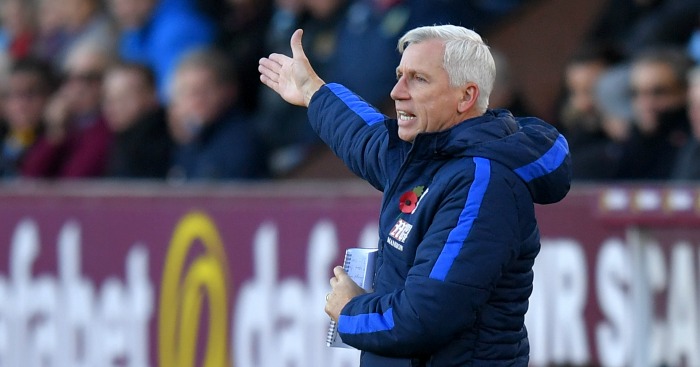 You have to work quite hard to find a quote on patience with anything other than a positive connotation. It is sold as the mark of understanding, trust, endurance and countless other pithy abstract concepts by those who were presumably never forced to sit through a Crystal Palace away performance.

Turn-of-the-century English journalist Holbrook Jackson is our hero, then. ‘Patience has its limits, take it too far and it’s cowardice,’ Jackson wrote. Yes, that’s much more like it.

Patience is treasured as one of football’s rarest currencies, and there is certainly a shortage. The lifespan of a manager has never been more brief and nor too has the capacity of supporters to accept failure. That’s a direct result of clubs charging more for their tickets. You pay more, you want more; football exists in a consumer society.

Yet even those who tut and frown about managers being sacked after four or 14 months must accept that patience should be a luxury, not a right. Affording too much can be just as damaging as affording too little. At Palace, Alan Pardew might be running out of his.

After moving to Selhurst Park in January 2015, Pardew gave supporters a taster of his rollercoaster form by immediately succeeding a run of four league wins with four defeats. His tendency to allow misery to temper optimism suggests a personality guilty of getting caught up in his own hype. Managers can be affected by complacency just as readily as their players.

The worry for Pardew is that the highs are becoming briefer and the lows more pronounced. When Palace won three straight league games in September, their manager spoke of being linked to the England job. He picked his time well; that run represents 60% of Palace’s league wins since December 19, 2015.

It’s an incredible funk given the money Palace spent this summer. Their front six is as good as anything outside the top seven or eight, and yet has made a negligible difference to the club’s fortunes. In their 32 league games since beating Stoke City on that December afternoon, Palace have taken 24 points and lost 56% of their league games.

Judging clubs and managers by arbitrary time periods is liable to wind up a percentage of your readership, but this is actually anything but. That victory over Stoke came the day after a £50m investment from Americans Josh Harris and David Blitzer was confirmed. ‘The deal offered the club the best opportunity to build on the enormous progress made over the last five years,’ as Palace’s own statement read. What must they make of this run?

Against Burnley, Palace managed a new feat of losing the game not once, but twice. A woeful first half saw them 2-0 down at the break, but a spirited fightback was ruined by Ashley Barnes’ late, late winner. Sean Dyche’s team moved ahead of Pardew’s in the table heading into the international break. They could go as low as 16th.

“Sometimes the Premier League fixture list makes it very difficult; I like to think the fans understand,” Pardew said in his pre-match press conference. “The players are a great group to work with they give me everything they’ve got. We’ve just fallen short in the last couple of games but there is no concern on my part.” It’s the 30 league games before that some supporters are struggling with.

So how long does patience last? How long does Steve Parish persevere with Pardew before looking at an April and May fixture list that includes Chelsea, Southampton, Liverpool, Manchester City and Manchester United away from home and wondering whether he must act? How long can Pardew continue to blame players, officials and fixture lists without a period of serious introspection?

Again, patience isn’t a right but a luxury. Alan Pardew is testing Crystal Palace’s to the maximum.