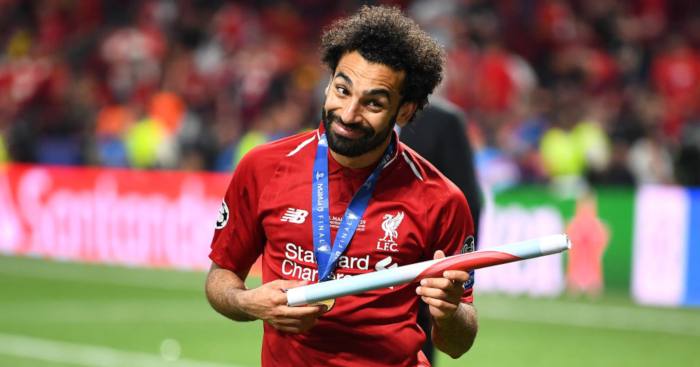 Nobody got it right in 2015/16. How could they? But in 2016/17 I predicted a title victory for Chelsea when all were distracted by the shininess of a potential two-horse Manchester slug-fest, and in 2017/18 I was confident about City when previews were dominated by talk of Jose Mourinho and his record of second-season success. Last season was easy and almost nobody demurred; a hat-trick of Premier League title prediction wins was complete. Next? Thankfully there are two more months before such foolish forecasts have to be made again, but were we working to a deadline of June 10 instead of August 10, I would have plumped for Liverpool. Right now, the 13/5 relative outsiders are my favourites with the best odds provided at my betting sites.

Looking at the odds, you would never guess that Manchester City and Liverpool were separated by a point just a month ago. Some bookmakers are offering odds as short as 4/6 on City winning a third consecutive English title, a feat managed by only four clubs in over 100 years of professional football. But that accurately reflects the mood in the media. ‘English football has 76 days to get its act together,’ wrote one reporter after City had won the third of their domestic trophies; he was not the only supposed expert announcing the end of competitive domestic football just eight days after the title race had gone down to the very last day.

This was not a title race decided even by small margins, but by teeny-tiny ones barely visible to the naked eye. It was a title race that took Liverpool from a position 25 points behind a City side disappearing into the distance to a place right on their shoulder, breathing down their neck in an ominous and unsettling way. “It’s the toughest league I’ve ever played as a manager, for the quality from the rivals, no doubts,” said Pep Guardiola in the final straight of an exhausting season. The Spaniard would put no money on City repeating the trick at 4/6.

When Liverpool last came this close, there seemed little chance of them repeating the trick; it was sh*t or bust. “I understand what they’re going through and it can’t be easy but I think with us it was different because it was: ‘now or never’, a one-off,” said Luis Suarez five years on. It was an open secret that the Uruguayan would leave that summer, while Steven Gerrard was turning 34 that month. “We were on the verge of the Premier League with a squad nowhere near as good,” continued Suarez, remembering that Aly Cissokho, Jon Flanagan and Iago Aspas would have picked up winner’s medals.

In May 2019, they failed again but this time there is nothing to suggest that Liverpool will be weakened this summer. “Always after a good year we lost key players [in the past] but we won’t so we’ll be there again,” predicted Jurgen Klopp, and there is considerable substance to those words. The runners-up are now entirely in control of their transfer future, with every key member of that Champions League-winning squad ready to fight again. Nobody is looking for greener pastures; everybody is happy in red.

Indeed, most indicators suggest that Liverpool could actually improve, with Naby Keita and Fabinho settled into the Premier League, the return of Alex Oxlade-Chamberlain after his first full pre-season under Klopp, the prospect of Joe Gomez fit for a whole season and the frightening potential of Trent Alexander-Arnold. This is not a team at the end of a cycle – only James Milner, Adam Lallana and Dejan Lovren will begin next season over the age of 30 – but a team approaching its peak. Between Keita at 24 and Virgil van Dijk (just about to turn 28) are Fabinho, Andy Robertson, Alisson, Sadio Mane, Mo Salah and Roberto Firmino. That’s the nucleus of a side that could be together for the next two-three seasons, supplemented by the experience of Jordan Henderson and the precociousness of Gomez and Alexander-Arnold. Add two or three squad signings – because that really is all they need – and this Liverpool side could push again.

In contrast, City have three 30-plus players still at the heart of their side and have lost their captain. They also have Leroy Sane a small fuss from leaving, Ilkay Gundogan a contract refusal away from his own exit and only one remaining centre-half not trudging through a chasm of confidence. As ridiculous as it might sound of a team who have won back-to-back titles while posting record-breaking statistics, this is a squad that needs some surgery. At least one midfielder, a centre-half, a right-back and a striker are needed; a repeat of last summer’s low-fi vibe is out of the question.

They could yet become deserved 4/6 favourites if they bring in the necessary reinforcements – though they would forfeit the advantage of continuity – but right now, Liverpool have the edge. Will I still be saying that in August? For once, the answer lies not in who Liverpool buy or keep this summer, but in the plans of their rivals. And by that, I do mean City; you will find no arguments from me that no other team is available to back for the title at odds shorter than 14/1. This will be a two-horse race once again; and that’s one prediction I am happy to make two months early.