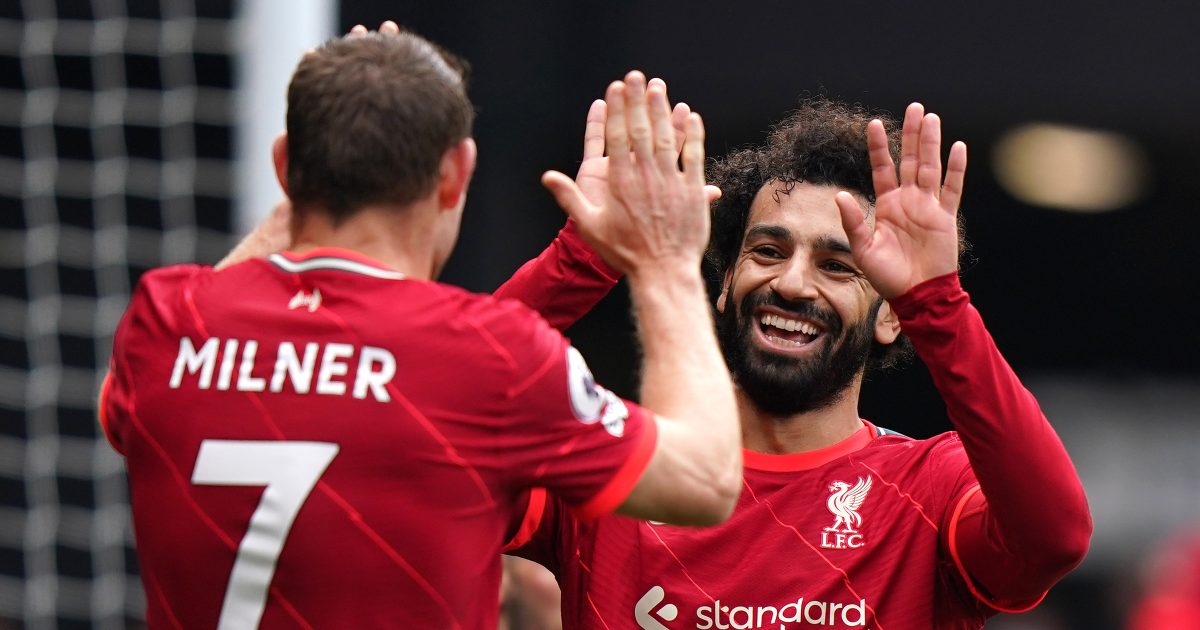 To say it was like a training game would be kind on Watford and unfair on the Liverpool first-team opposition at Kirby, who undoubtedly provide a far more intense day-to-day battle than what the Reds experienced at Vicarage Road. Watford were embarrassingly poor; you would be hard pushed to find a more abject performance from a Premier League side.

Watford exhibited a staggering lack of skill, organisation and desire. They can’t do all that much about their dearth of ability compared to Liverpool, but then the idea has to be to bridge that gap in quality through superior application and grind. All of it was absent until the last ten minutes, when shining light Ismaila Sarr offered a glimmer of hope with class befitting the team he was up against.

And Liverpool were class. You can only beat what’s in front of you and they gave Watford a damn good pummelling, with Roberto Firmino scoring the easiest of hat-tricks and Mohamed Salah once again landing the most and heaviest punches.

His sublime assist for Sadio Mane’s opener was bettered by another goal of the season contender. We’re not going to descend into discussing whether he’s the world’s best player or not, but it’s not easy to imagine another Premier League player scoring that goal. The way he rolled his foot over the ball to befuddle three defenders was not dissimilar to a goal scored by Joe Cole – who was apparently going potty in the studio – when Chelsea beat Manchester United to win the title in 2006.

The footwork is magical, the finish is sublime.

He had the Watford defence on strings! 😱 pic.twitter.com/tBWPWWOxeX

It’s those tiny, almost imperceptible touches that make him so extraordinary in tight spaces. Just as a defender thinks about putting a foot in, the ball has moved a few inches, then again and again. Before Craig Cathcart knew it, he was on his backside watching Salah sweep the ball into the far corner.

Jurgen Klopp was all smiles on the touchline and in his post-match interview, but his now customary pettiness would no doubt have resurfaced had it not been such a walk in the park.

FIFA scheduled Brazil’s World Cup qualifier to finish little over  24 hours before Saturday’s early kick-off, Watford rejected a request for the game to be moved, but Klopp’s gripes ahead of the game were aimed once again at those callous pr*cks at BT Sport, Des Kelly chief among them.

Pointing at the BT reporter (not CEO), Klopp quipped sarcastically: “The broadcasters wanted us to play at 12:30pm. Thank you very much for your help again.”

The date and time of the game at Vicarage Road was announced in July, which shows Klopp’s complaints to be completely misplaced. BT didn’t know when the Brazil game was to be played when they did their own scheduling, were willing to move the Premier League fixture when it was announced, but were denied by Watford. They did all they could to ameliorate the situation.

If you don’t want to play at 12.30pm, Jurgen, talk to the owners and see if they would be willing to go without “the broadcasters'” millions that fill the club coffers. No? Didn’t think so.

Sorry, back to Salah…

He now has seven goals and four assists in eight Premier League games and unbelievable though it is given how utterly brilliant he’s been for Liverpool for the last four seasons, he’s never been better than he is right now. The new Danny Rose is far from the old Danny Rose and he won’t play against a team as poor as this Watford this season, but then you need only cast your mind back to Liverpool’s previous Premier League game to remember a similarly glorious goal against the reigning champions.

Liverpool were poor as a whole against City and this 5-0 win shouldn’t really alter perceptions of their title credentials, such was Watford’s wretched display, but Salah’s continued, unrivalled excellence should. They aren’t a one-man team, but Salah is very clearly head and shoulders above his teammates and the rest of the Premier League right now. This will sound as though it’s a jibe at Liverpool and it’s not meant as such, but if there’s one player who can carry a team on their back to the title, it’s Salah, and it looks as though he can take them most of the way.