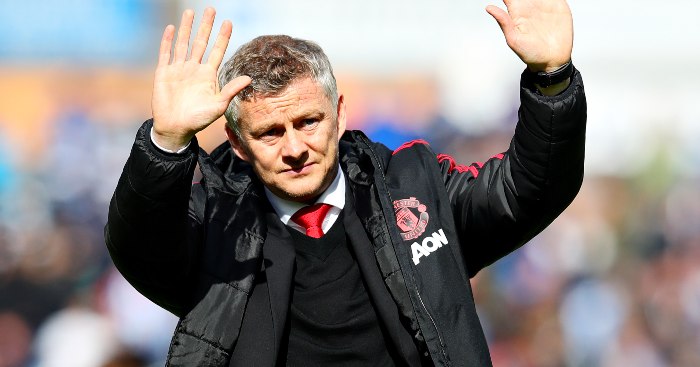 It would be fair to say that this summer is not going as Ole Gunnar Solskjaer would have hoped. The Manchester United boss was said to be keen for the club to get their recruitment ducks in a row in time to fly to Australia, but over a week after they touched down in Perth, the job is barely half-done.

United are refusing to meet Leicester’s entirely unreasonable demands for England’s finest centre-half while they faff over midfielders, apparently oblivious to the desperate, urgent need to strengthen their engine room.

If recruitment is going slowly, their sell-off is moving at glacial speed. United have yet to rake in a transfer fee this summer, with the only first-team exits coming as a result of Ander Herrera and Antonio Valencia’s contracts expiring. The remainder of last season’s squad – chock-full of under-performers and laced with indifference – remains despite Solskjaer’s repeated pledge to rid the club of its deadwood.

“You give people a chance, but sometimes, you’ve got to be ruthless and say: ‘Sorry but you had your chance.’ I’m not afraid to do that,” he said before one of the most discouraging performances of a miserable season at Huddersfield.

Solskjaer had already vowed to be ‘ruthless’ a month earlier, following four defeats in five. “It’s going to be hard, as I said before it’s survival of the fittest and also survival of the best and that’s how ruthless we have to be,” he said in April. ‘We need players who are going to be able to take us forward and that means the culture in the dressing room.

“We are under no illusions that it’s going to be hard work and there’s going to be some tough decisions made by me, Mike (Phelan) and the club.”

With three weeks left of the summer, United are yet to trim any of their fat. Instead, thanks to the promotion of academy graduates and the return of loanees, Solskjaer’s squad is more bloated than ever.

Only Romelu Lukaku is creeping towards the exit door but United appear quite willing to jeopardise a sale to the Belgian’s only suitor. Lukaku’s style does not match Solskjaer’s, that was abundantly clear during the second half of the season, but Ed Woodward’s insistence on getting their money back on the centre-forward means the likelihood remains of the manager being lumbered with a striker he does not want.

The same is true of Solskjaer’s stockpile of central defenders. Victor Lindelof, Chris Smalling, Phil Jones, Marcos Rojo and Eric Bailly are joined on tour by Axel Tuanzebe. Of those six, we know with any relative certainty that only one – Lindelof – is likely to perform at the required level.

But rather than rid Solskjaer of any of the club’s surplus centre-backs, and the rest of the players who have wasted what should have been their last chance at Old Trafford, it seems Ed Woodward would prefer to take a mend and make do approach, preferring that approach to the cost of putting a wrecking ball through the dressing room and funding the necessary rebuild.

Woodward and United are said to have been ‘stunned’ by some of the prices they have been quoted this summer, with Solskjaer insisting last week: “We don’t have to sell and we don’t have to overpay either.”

Wrong on both counts, Ole.

United do have to sell or else he is stuck with the same group of players that let him down and in some cases, each of the three managers before him.

And they do have to overpay because other clubs don’t have to sell. Not so long ago, Crystal Palace would have struggled to turn down £30million for Aaron Wan-Bissaka and Leicester would have had to take £40million for Harry Maguire. But the riches created by the Premier League mean clubs beyond the Big Six can retain their best talent without fear of the bank manager demanding an explanation.

United cannot adopt the same approach Palace, Leicester and Newcastle have taken with them. Unwanted players have to be priced to sell, which means not demanding £25million for Rojo, or in excess of £75million for Lukaku.

When Pep Guardiola wanted a clear-out after his first season at Manchester City, the club indulged their manager. They allowed the contracts of Pablo Zabaleta, Jesus Navas, Gael Clichy, Bacary Sagna and Willy Caballero to expire and sold Aleksandar Kolarov, Samir Nasri, Fernando, Nolito and Wilfried Bony cheaply – they made a fortune on Kelechi Iheanacho – before loaning Joe Hart and Eliaquim Mangala to West Ham and Everton respectively, no doubt while paying a slice of their salary.

City to their deadwood: "Off you go. We're taking a big hit just to get you out of our club."

United to their deadwood: pic.twitter.com/n39Ke6YzRM

In contrast, United have been so petrified of losing players for nothing, they have given Jones, Smalling and Rojo new deals with pay rises just to retain a sell-on value no one is prepared to match. Woodward will sell but only if there is a bigger patsy out there than them. Spoiler: There is not.

It may well be that as the deadline approaches, United begin to entertain loan offers, similar to those City agreed for high earners Hart and Mangala. The key difference: City got their recruitment done early – they signed Ederson, Bernardo Silva, Benjamin Mendy, Kyle Walker and Danilo –  and independently from their sales.

Solskjaer probably wishes he could be ruthless with the squad that so infuriated him only a couple of months ago. But United’s refusal to facilitate a clear-out means there is a greater chance of him being lumbered with the same barelybothered players and tasked with getting a tune out of an orchestra which refuses to be conducted.

“The day we start the league I’m sure everyone who’s here will give absolutely everything for Manchester United,” he said on Tuesday, despite the increasing likelihood of being stuck with the likes of Paul Pogba and Alexis Sanchez because Ed Woodward values the bottom line over the top of the table. Indeed, Pogba will probably get a new contract despite having stated his desire to be elsewhere.

Solskjaer promised a summer of change at Old Trafford but the club’s pursuit of profit makes it more likely that everything will simply remain the same.