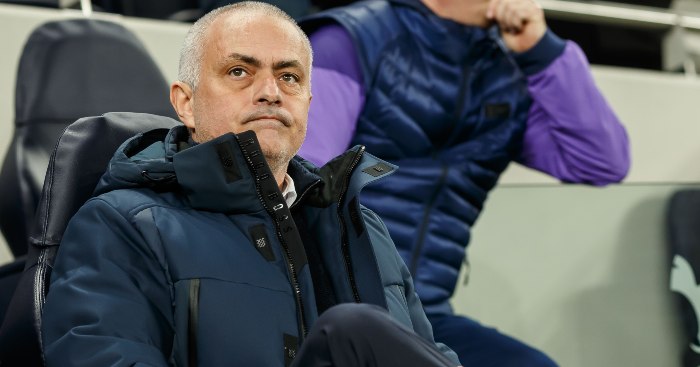 Diego Torres’ book about Jose Mourinho is one of the nastiest football biographies ever printed. It’s so unflattering and so personal that, at times, it can read as if written by a jilted ex-lover.

It’s compelling for all the same reasons, because few things are more entertaining than that kind of simmering rage, but its obvious agenda means that some of the anecdotes can’t safely be taken at face value. It’s one-sided and, to date, Mourinho has never had his say on the events it describes.

But it still deals in themes which have been consistent throughout the Portuguese’s career and which remain prominent today. Chief amongst those, of course, being an obsession with the media.

At its most startling, The Dark Side of Jose Mourinho portrays someone in the tight grip of paranoia. At its more typical, someone with very muddled priorities. There’s an episode during which those characters meet, though, during the great Clasico Wars with Pep Guardiola’s Barcelona. In it, Mourinho appears happy to lose a Champions League semi-final as a means of proving a refereeing conspiracy against him.

‘“We’ll go out to play a calm game. To wait. We must defend very near the area and with a low-block so the game ends 0-0. If it ends 0-0 we can say that the tie was decided by the referee in the first leg.”

The players exchanged looks of disbelief.

“At Barcelona we have three options; two impossible and one possible. The only possible option is that the game ends with a close result and we lose the tie. Of the two impossible choices, the first is that they thrash us. This must be avoided at all costs so we can blame the referees.”’

The veracity of that passage is up for debate, but it’s believable. There are times with Mourinho when those boundaries are blurred and when it does appear as if he’s choosing between what best suits his team and what best serves his reputation.

Over the last few weeks, those themes have been back in play at Tottenham, where Mourinho has continued his attempts to manage the discussion around him. In some instances, his interventions have been perfectly rational and provoked by unfair lines of attack. His defence of Spurs’ tactics against RB Leipzig was well-reasoned and then quite unfairly misrepresented as a rant. The way he was interviewed that night was also less than courteous and the questions posed to him in the tunnel were sufficiently weak to warrant the dismissive tone in response.

At other times, though, his old compulsion to manage expectations has reappeared. Less than a week ago, Mourinho claimed that finishing in the top-four with this Tottenham team would be his finest managerial achievement. It’s a ludicrous claim to make and one which bears no scrutiny at all. Not with the kind of trophies he has in his past and not with the ability he can still call upon today, at White Hart Lane.

But here’s a question: why – as a supporter – do I need to have my expectations managed? Or, at least, what is the actual, measurable impact of what I’m watching in press-conferences and reading in the paper? If Mourinho wasn’t so routinely fatalistic, then – in spite of those injuries to Harry Kane and Son Heung-min, the collapse of the defence, and the state of the midfield – would I actually be bouncing giddily through the weeks and months, counting the days until inevitable triumph.

Or, if the season ended badly and Mourinho had said nothing to dampen that enthusiasm, would I really forget all of those mitigating issues and turn accusingly towards him? Most likely not. Most people have very rigid beliefs about their team. Typically, they’re the kind of binary views which aren’t going to be altered by a flow of misinformation or by throw-away remarks made to the press.

So, what’s the point? What is the need for these little prompts?

Perhaps this is where he’s outdated. It’s not the football, even though that’s hardly cutting edge, it’s this insistence that he retains control over how people think. At this point in the game’s history, that’s such an unrealistic aim. Especially now, deep in the internet era with its flows of information, its ceaseless talking heads and its endless comparison points. In 2020, it’s naive for Mourinho to believe that what he says can somehow just be fact.

It’s not just noise, though. It actually harms him. A fair appraisal of Spurs’ current situation is that the next few months will be enormously challenging. In fact, if they were to finish in the top-four/five and somehow make a deep run in either of the cups still available to them, then that would reflect extremely well on him. It would actually go a long way to rehabilitating Mourinho’s reputation. He has always presented himself as an arch pragmatist and as the game’s pre-eminent problem solver, so there actually couldn’t be a more appropriate comeback.

But it’s for the game to draw those conclusions and to decide on how his accomplishments should be contextualised. He is not part of that conversation and he never can be. Yet his insistence on trying to be so is one of his most antagonistic qualities. He is always trying to write his own legend and that’s increasingly to his detriment.

It’s one of the reasons, for instance, why Mourinho’s past continues to inform his present. That’s a sour point with some and you can understand why. No, what he did at Inter Milan and Chelsea and Porto doesn’t have much to do with his current predicament, but his habits foster that sense of familiarity. The continuity of his behaviour – the excuses, the expectation management – create the perception not of a career broken into different acts, but a single, ongoing performance which never really changes.

When he circles the wagons around a Tottenham performance now, exaggerating the need for blunt tactics and dull football, the effect isn’t alter anyone’s view of him, but to recall one of those Diego Torres anecdotes and to wonder, again, whether Mourinho’s priorities are rightly ordered.

It’s unfair, but it continues to be a situation of his own making.