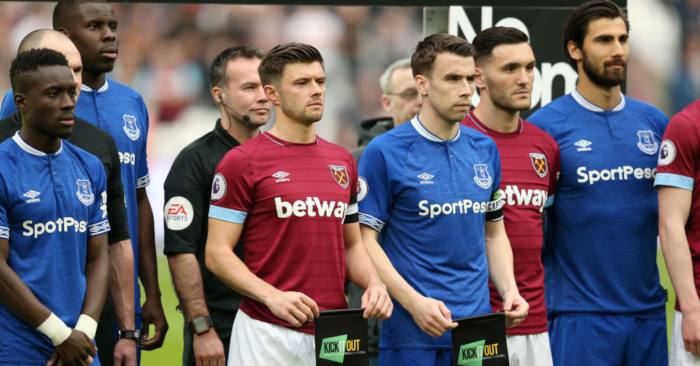 Brighton are guilty of making a good decision, but making it badly. On reflection, Tony Bloom might have framed Chris Hughton’s departure in warmer light. Dismissing him within hours of the end of the season left the impression of a manager being booted through the door and – given what Hughton had achieved in his three years at the club – that was a final act he did not deserve.

But Bloom’s logic bears examination. When an owner comes from the world of professional gambling, don’t be surprised if he reacts to trends and indicators. At the time of Hughton’s departure, Brighton had not won a Premier League game since the beginning of March. They’d also scored just three times in ten games and suffered some horrendous results along the way. Five-nil at home to Bournemouth, two-nil at the Amex to Cardiff; those are stains on a season. And when that season ends in 17th, history tells us that worse is likely to follow.

Or maybe the dye was cast further back. In September, Brighton announced that former Football Association technical director Dan Ashworth would be joining the club in the new year. Ashworth and his ideas for how the game should be played are now in residence and that will have created a clash – between his belief in front-foot football rooted in technical skill, and the more industrial style that Hughton has utilised since being promoted.

Sporting directors like to work with coaches with whom they share common ideological ground. When that’s not the case and when they inherit a manager who cannot complement their work, the result is nearly always a quick sacking. Chris Hughton was in the wrong place at the wrong time; his team’s nosedive could not have come at a worse moment.

But, more broadly, this is indicative of what the Premier League is becoming. At the top of the division, the six wealthiest teams are inside the velvet rope, enjoying their own private party. But beneath them, from seventh down, ideas and alignment have become key to a group of aspirant clubs who make up the competition’s widening middle class.

It’s interesting because it challenges an entrenched perception. One of the (valid) grievances held against the modern Premier League is that its separation of wealth has created mass disenfranchisement. That’s certainly true in a literal sense, because its trophy remains in reach for a select few, but its mid-table is no longer the wasteland it once was. Now, that middle ground is contested by clubs with proper, long-term ideas, not just those content to pick up the broadcasting cheque at season’s end.

That’s a significant difference. In previous years, the mentality among that group used to be far more basic and the annual injection of television money was treated as a lottery win. Take the cash, sign a few players, hope to be on the beach counting banknotes again by March. There are clubs who still operate like that, of course, but they are increasingly few. Instead, those previously ensured a soft landing in the league’s fatty middle have been usurped by a different breed.

And, tellingly, that type of club is not aiming for mediocrity.

Wolves are an obvious standard-bearer. Their Chinese owners have the benefit of Jorge Mendes’ nebulous patronage but, as an organisation, they’re also characterised by logic. Wolves make sense; they have an identity. At the root of that is their history, their colours and their heritage, but what makes them mobile in today’s Premier League is the logic which seems to flow through their organisation. Mendes is a hell of a godfather, clearly, but that’s only a fruitful relationship because of the dynamics which exist between him and Nuno Espirito Santo.

When the super agent’s involvement was first revealed, it was presumed that Molineux would become a dumping ground for half-formed Portuguese players. In reality, the relationship between Mendes and Nuno Espirito Santo has created a helpful symbiosis and Wolves have been smart enough to capitalise on that symbiosis, with their excellent recent transfer record attesting to its merits.

Watford are a different case. The Pozzo family are a natural enemy of anyone who preferred things the way they were, but the breadth and depth of their scouting network has been tremendously successful. They’re self-aware enough to be realistic. They recognise that they’re unlikely to be a final destination for most players, but by understanding their place in the food chain and equipping themselves to deal with those challenges they’ve landed on a sustainable form of progress.

There’s money behind that project, but there’s proper strategy too. Many years ago, this was the danger that Arsene Wenger identified in Manchester City: ‘Oil and ideas’. Having money in modern football is a prerequisite, but knowing how to use it efficiently is the game-changer. Now, that mentality is creeping down the league, to clubs who aren’t necessarily backed by sovereign wealth, but who nevertheless understand how to squeeze the very most from their investment.

That’s in evidence at Leicester, too, albeit it in a less pronounced way. The appointment of Brendan Rodgers, for instance, was a clear example of the joined-up thinking which characterises this new breed. Beneath the more noxious layers of Rodgers’ personality lies a fundamentally excellent coach who preaches technical, possession-based football and who has a record of working very well with younger, more pliable players. It’s a perfect marriage and, crucially, one which depends on subtleties beyond a CV full of silverware and an enormous transfer budget.

The penny might also even have dropped at West Ham, where at some point over the last 18 months a point of realisation was evidently reached. Whereas the club’s summers were previously shouty, attention-seeking affairs, during which the owners would betray their hopeless determination to be taken seriously, now the atmosphere seems calmer. Manuel Pellegrini has been installed, but with him came Mario Husillos, the sporting director who worked with Pellegrini at Malaga and who now enjoys overall control of the transfer policy. The key is the relationship, the familiarity. The result was three excellent signings in Fabian Balbuena, Issa Diop and Lukasz Fabianski, a few coin-tosses which have produced mixed results, but – in general – the growing belief that with more time and greater familiarity, West Ham might just start to make sense.

Add Everton to that pile too, because Marcel Brands and Marco Silva suddenly looks like a very workable partnership. Bournemouth also belong in the conversation, because while they may have drifted to a disappointing 14th by the final day, they’ve been treading cautiously and cleverly for some time.

Collectively, this seems to represent a shift in mood. Previously, the broadcasting revenue was treated as a reward for continuity. Now, in conjunction with their native resources, the bulk of the clubs who comprise this middle-class see the opportunity that exists within that wealth, treating seasons as waypoints rather than final destinations. In the abstract, it’s football’s equivalent of a research and development culture, in which the folly of exorbitant spending is being de-emphasised in favour of smarter decisions and the pursuit of marginal gains.

The money continues to pour into the market place, the Premier League has hardly become frugal, but it’s not being pumped out into the ether. Owners will write the same cheques, yes, but with changing expectations of what their clubs can be and a demand for something other than safety. They want the feeling of progress. If that can’t be reflected in the league table, then they want to know that their club is running optimally and with the maximum chance of success. It’s an example which has been set and which, now, the great majority want to follow.

In that light, the situation at Brighton makes much more sense. For the purposes of Chris Hughton’s own reputation, gaining promotion and then surviving relegation twice remains a fine achievement. For Tony Bloom and Dan Ashworth, however, the failure to become incrementally more competitive would really have been a regression and the inefficiencies at its heart intolerable.

Now, in this league and with the kind of battles being fought over even its modest positions, standing still is the new going backwards and plain survival is really just a slow death.