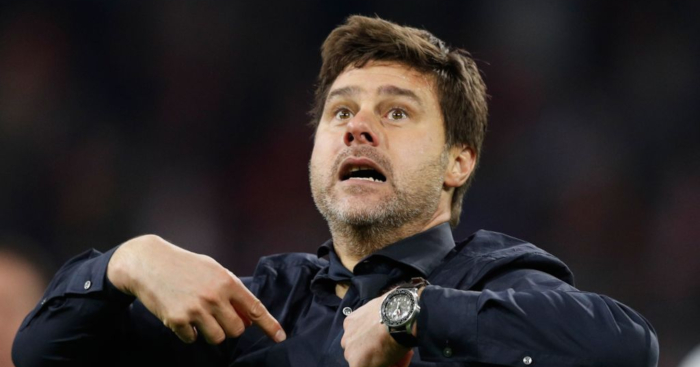 There was a moment right at the end when, even then, it looked like it would go wrong for Tottenham. Ajax’s final attack had just been repelled and, with an easy clearance available down the sideline, Erik Lamela instead cut back inside his man, lost the ball, and put his club’s head back inside failure’s familiar jaws.

They’d already celebrated by then. Their players had piled into that far corner of the Johan Cruyff Arena. Mauricio Pochettino had been on the pitch and thumped the turf, and dozens of camera lenses had caught it all. This was going to be one more humiliation, sustenance for their rivals for the rest of time.

That’s what failure does to supporters. It teaches them that they’ll never have the last laugh. It cautions them against ever celebrating anything which isn’t over and, instead, urges them to spend those moments fastening their seatbelts and checking for disappointment in the rear-view mirror.

So it was. Lamela ludicrously surrendered the ball – sense the mood, Erik – and that would surely become the moment that the rest of the world pointed to and laughed at for eternity. That’s how it works. Every club has that subliminal identity and Tottenham’s has been earned over a long time. Jon Macken; Daniel Amokachi; losing 5-1 to a ten-man, already-relegated Newcastle. Those ghosts are as real as the paranoia they inspire.

In her piece last night, Sarah Winterburn wrote that ‘this shouldn’t have happened’. She’s right, of course. Spurs haven’t spent enough – any – money, their best player was watching from the stands, and, three days earlier, their batteries had been run all the way down by that ludicrous game in Bournemouth. Ajax, with their young bodies, bright minds and perfect technique, were the worst opponents imaginable. Being effectively 3-0 down to that team, with those players and in front of that crowd, Pochettino’s priority at half-time would surely have been to save face rather than rescue the tie.

And what would that dressing room have been like?

The lore of the sports film suggests it was full of inspiring speeches and percolating optimism, but I was at Dean Court over the weekend, and I saw the state of those players when they left the pitch. Pochettino has an aura about him – anyone who has sat in one of his press-conferences will tell you the same – but his oratory is hardly Churchillian. Confronted with that saggy mess of wilting bodies, what was the basis for anyone believing that there was a way back into the game?

There’s another, probably more important point to make about Tottenham’s past: the players are aware of it. Footballers don’t exist in a vacuum and so, with each near-miss in the last few years, the more reminders there have been of how heavy the club’s baggage is. When Tottenham lose on the big stage, it’s never described just as sporting failure. There’s always a fragility to blame, a weakness perhaps, or sometimes even an outright curse. Who knows the effect on the individuals, but collectively – as a group – that seems to breed this self-fulfilling energy. Or, at least, the recognition that while Tottenham are capable of good form, impressive winning sequences and a healthy goal-difference, the moments of pure, unadulterated joy belong to other teams.

Like Liverpool. Those two semi-finals will be paired together for eternity and probably offered up as proof of English football’s indomitable spirit. But Tottenham don’t really fit in that picture. Liverpool do. Read the books and watch the films: their mythology depends on it. But Spurs? They’re football’s victims, its punchline. When late goals are being celebrated and important games are being won, their players are lying prone in the background, out-of-focus and beaten.

Jermaine Jenas’ reaction in the commentary box was very telling. His stuttering, choking disbelief was, if traced to its likely root, illustrative of what Tottenham are expected to be. Jenas was not an academy product. Neither was he a childhood fan of the club, nor does he have any special affection for it by default. But he has struggled in its atmosphere and spent the peak years of his career labouring against its pervasive fatalism.

Compare his response to Steve McManaman’s 24 hours earlier. His Liverpool career did not coincide with a golden era; he won just a single FA Cup during his eleven years. But his reaction to their flattening of Barcelona was nothing like as emotional and didn’t betray nearly the same disbelief. As unlikely as that 4-0 win was, he seemed to expect it. Not in an arrogant, entitled way, but – most likely – because of the muscle memory of Liverpool’s past. He rode the thermals of that euphoria, revelling in another one of those nights. A day later, a spun Jenas just melted into tears. He knew.

Just as Pochettino did. That was another difference to the epilogues. Jurgen Klopp pumped his fists and made all his faces at Anfield, howling at the night with that familiar mania. But Pochettino broke. The scale of the moment overpowered him and he wept in the arms of his support staff at full-time. That would have been about him – about his family at home and those who no longer are – but he also looked like a man who has been wrestling with shadows these past four years and who, having finally beaten them back into the darkness, collapsed to the floor, frayed and exhausted.

No, this isn’t a hard luck story, because Tottenham are the lucky ones. They aren’t under threat of financial hardship, nor is their soul being siphoned away by a rogue owner. But when a football team changes its habits, when it finally breaks free of a prison it built for itself, the resulting sense of liberty is awesomely powerful.

It doesn’t come from the achievement; it’s not about reaching the final of the European Cup, beating Ajax or even finally having something with which to respond to all the smug mockery. It’s more simple than that, more collapse-to-the-knees relief than fist-pumping-joy.