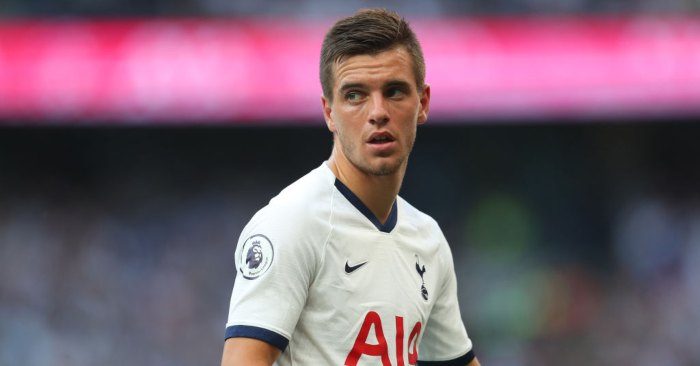 The new stadium has been built. Another Champions League run is about to commence. A batch of exciting new players have been signed. Mauricio Pochettino’s curious mood meant that Tottenham’s season began with a few wrong notes, but the club’s broader tune remains optimistic. Strangely so, in a way that it generally hasn’t been.

Well done to fate, then, for delivering a quick jab of familiarity. All of those shiny new players have been quickly scythed down by injury. Tanguy Ndombele hasn’t been seen since the draw with Manchester City, Ryan Sessegnon arrived in the middle of his rehabilitation and, most recently, Giovani Lo Celso was trampled by Chilean hooves during the international break.

He was initially diagnosed with just a minor hip injury, but Spurs made a more thorough check; Lo Celso will be gone until the end of October. Or, because this is Tottenham, November and beyond. It’s not an absence which will result in any real shortcoming – Lo Celso has barely featured since arriving – but it’s certainly disappointing. After all, supporters like new players, especially when they have a light, seductive touch. Even though Lo Celso’s first impression has been limited to a few neat pivots, those moments have been compelling enough for him now to be missed.

But maybe his injury is good news? Well, not good, but tempered by accepting that with the amount of football he’s played over the last six months, the major lifestyle change he’s had to embrace, and Tottenham’s current state of minor flux, it could potentially serve Lo Celso quite well.

The obvious mitigating factor is that Christian Eriksen hasn’t been sold. Despite the differences between the two players, they broadly provide the same service to the side. Lo Celso’s injury will not leave Spurs as short of creativity as it might have done. He’s a more direct player than Eriksen, more capable of taking on and beating defenders, but as long as one of them is available, the team has enough craft to sustain itself.

So it affords him time. Specifically to tackle the kind of social challenges behind a transfer which are often given short shrift. Historically, Argentinians moving to the Premier League have suffered – not always on the pitch, but certainly away from it. Famously, last year’s All Or Nothing series captured Sergio Aguero’s continuing alienation at Manchester City. Further back, Carlos Tevez may have been highly productive in England, but his situation always seemed tenuous and, while he obviously took liberties, he and his family clearly had difficulty with their adopted environment.

Only this week, Emile Heskey revealed how homesick he became after leaving Leicester for Liverpool.

“It lasted six months. I had to grow up very quickly because I had kids, I had a girlfriend. I literally laid on the floor and started crying. I was like ‘What have I done? I don’t know if I have done the right thing’.”

So moving clubs is tricky. Moving countries and trading one way of life for another is presumably far harder.

Generally, London is easier. Because of the number of clubs dotted around the capital, foreign players typically find strength in the ad hoc communities which form across club boundaries. That can be an illusory comfort though. Jonathan Calleri had a notoriously difficult time at West Ham when he joined on loan. By all accounts he spent most of his time in a rented flat, alone, allowing the utility bills to pile up because he didn’t know how to pay them. Closer to home, Erik Lamela’s first months at Spurs were made much more challenging by his language difficulties, his isolation and, ultimately, a semi-serious back injury.

It’s theory, of course, because the inner workings of the Lo Celso family remain private for now. What’s more clear, though, is that a successful career typically grows from a solid foundation, and that’s as true for a footballer as it is a civilian. How often in autobiographies, for instances, is form presented as a manifestation of more general contentment? Not all the time, but regularly enough for it to be obviously important.

In this instance, it’s probably not too tenuous to suggest that this brief pause could prove more than helpful. Players live an indulged life, the perception is of a looping episode of Entourage, but structure is still important. Lo Celso will no doubt have an extensive rehab programme laid out ahead, but without the travel obligations that come with being in the first team, there exists an initial window during which he – and his advisors, family members and whomever else – can create the kind of framework which gives him the best chance of success in the Premier League.

What that framework is will depend on him and who is as a person; perhaps his comfort relies on finding a really good chef, a slick right-hand drive car, or a local store which sells mate. He now has a bit more time to arrange the furniture within his new life. To learn the local geography, maybe pick up some conversational English; it’s all beneficial and, ultimately, conducive to Spurs getting the best out of a highly talented player.

With respect to his football, maybe that best chance of success also exists at a point when Tottenham are more stable. They certainly haven’t become a bad side within the space of two months, but there are vagaries within their line-up which need clarification. The full-backs are a problem that needs addressing. But so too does the midfield, which Pochettino is in the process of re-imagining.

While the arrival of Ndombele is greatly beneficial, his signing has a butterfly effect which has barely begun. What permanent role will he be given? How will that affect Moussa Sissoko, Harry Winks and Dele Alli? What combination of those players works best in which situation?

Once that new department is decided upon, how will the surrounding positions be tweaked to multiply its strengths?

The answers to those questions will reveal themselves in time. It’s tempting to believe, though, that it’s actually beneficial to move one of those problems aside for now. As and when Lo Celso recovers, the side’s new concepts will be better established and, while his own private adjustment will still have to take place, it will be able to happen within more stable surroundings.

Injuries aren’t good. These are silver linings rather than outright positives. Viewed from a certain angle, though, this situation isn’t without a subtle – albeit slightly laboured – convenience.