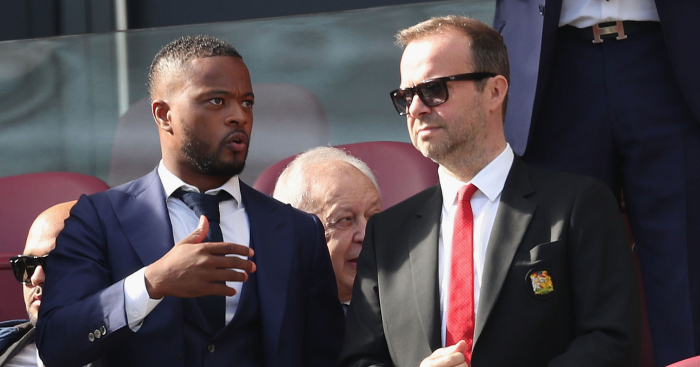 It seems David Moyes, Louis van Gaal and Jose Mourinho were not to blame for Manchester United’s descent from the summit of English football after all. Blameless? Of course not. All three committed acts of self-sabotage which made them easy to scapegoat. But with Ole Gunnar Solskjaer struggling to keep control so soon after grabbing the wheel, the time is now – after six long years – to shine a light on the common denominators in United’s decline.

Every member of Solskjaer’s current squad has seen off at least one boss, with too many having done for all three before him. This group possesses not one of the rudimentary traits shared by winning teams, and some of the most prominent individuals within that group have become complacent after repeatedly getting away with murder while their hapless managers take the fall. This summer, though, it seems some will belatedly face the music.

The man passing down the verdicts is the second common theme running through four struggling regimes and the biggest hindrance to reform and redemption at Old Trafford. While Ed Woodward remains judge and jury, nothing will change.

The executive vice-chairman has had his chance – and several more besides – to lead both evolution and revolution at United. His record in six years suggests the former investment banker lacks both the will and wherewithal to inspire any improvement on the pitch.

In December, while sacking Mourinho – a manager to whom he had needlessly given a new contract – it appeared that Woodward recognised the need to alter United’s course and to cover his own shortcomings. On the same day he pulled the trigger for a third time, Woodward briefed journalists about United’s desire to recruit a technical director, with Mourinho’s apparent resistance no longer a concern.

But the following six months have showcased Woodward as either a hopeless incompetent with no semblance of a plan, or a chancer concerned only with profit and self-preservation. Neither is a good look for the 20-times champions.

Despite the obvious and alarming urgency, United appear no closer to devising even a job title or specification for what would be the first appointment of its kind at Old Trafford. The lack of progress since before Christmas – and indeed why he previously resisted change – brings into question Woodward’s motivation to install a senior figure alongside him, diluting his own power in the process.

The scraps fed to the media over potential candidates only strengthen the view that Woodward has no appetite for such progress. He appears to have been interested primarily in three candidates: Patrice Evra, Rio Ferdinand and Darren Fletcher.

Their demonstrable credentials? They played for United during happier, more successful eras. Other than that criteria, all three would be a needless shot in the dark at a time United can ill afford yet another misstep.

Woodward’s thinking seems clear: going down the sentimental route worked with Solskjaer – for three glorious months – so it could work too with other former players.  It certainly has at other clubs on the continent. But those individuals at Ajax, Juventus and Bayern Munich earned their stripes.

It would come as no surprise if Woodward were to admit that Solskjaer himself was the intended candidate for the technical director’s role after completing his rescue mission to guide United through to the end of the season. But Solskjaer’s surprising success as a caretaker and his struggles since being appointed permanently have left Woodward chasing his tail again.

By seemingly restricting his search only to former players, Woodward leaves himself open to the accusation that he is seeking a shield to hide behind rather than expertise he can consult. United heritage might be a desirable quality but Old Trafford is currently dripping with nostalgia. Indeed, the neglected stadium itself is in danger of becoming a 76,000-seater relic to the old days.

The simple approach would be to look at what is working elsewhere and two templates stand out, however unpalatable it might be for United to take a leaf out of the books of Liverpool and Manchester City.

City, in a hurry with money no object, took that approach and simply lifted Barcelona’s model. Liverpool, in a not entirely dissimilar position four years ago to United, promoted Michael Edwards after the ‘laptop guru’ demonstrated his credentials to FSG and Jurgen Klopp after arriving at Anfield long before the manager.

United should be looking to follow both approaches by investing time and money into the right candidate, whomever that might be; the likes of Fletcher and Ferdinand would likely only serve to take the pressure off Woodward until the next clusterf*ck.

Under the current regime, you can be sure another one is only ever just around the corner because Woodward’s resistance to change is merely a reflection of his paymasters.

The Glazers have no appetite to alter course because, apparently, even a sinking ship can still line their pockets. Their stewardship of the Tampa Bay Buccaneers offers little reassurance to United fans fearing a sustained period of mediocrity while Woodward was brazen in his boast to investors this time last year that “playing performance doesn’t really have a meaningful impact on what we can do on the commercial side of the business”.

That theory is likely to be put to the test. United dropped off the top of Deloitte’s Money League last year, slipping behind Barcelona and Real Madrid. Their revenue fell for a second consecutive year, with only United, PSG and Arsenal not making record amounts of money last year among the top ten clubs. Financially, PSG are a law unto themselves but Arsenal have suffered for a sustained absence from the Champions League. The Gunners do not have the commercial might of United, but it still remains to be seen if the lucrative sponsorship deals continue to roll in should the Red Devils fail – or refuse – to halt their descent towards European football irrelevance.

On the pitch, they are well on their way there. United’s managers have taken more than their share of the blame so far and the expensive flops in the dressing room are belatedly being held to account. But all the while Woodward’s authority remains unchallenged and the executive vice-chairman is permitted to stagger from one shambolic decision to the next without consequence. In his hands, any squad overhaul at Old Trafford will be no more effective than rearranging the deck chairs on the Titanic.