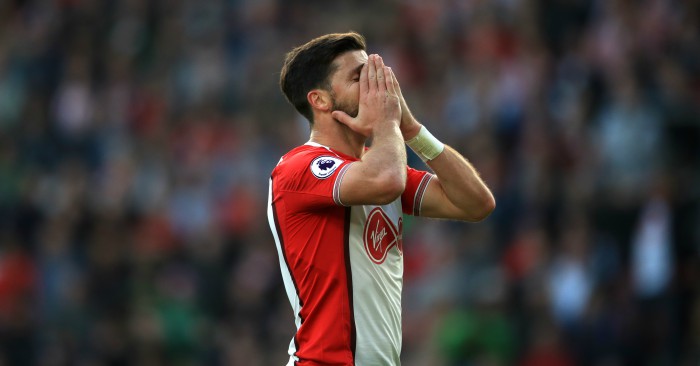 The inherent danger of sacking a manager because the results are good enough but the style is not, is that the successor manages to compound the problem by changing the wrong element. The football remains tedious, but results get worse. Hindsight suggests that the last guy might just have been overachieving.

At times this season, Southampton supporters must have wondered whether their club has committed precisely that sin. Claude Puel’s tactics were almost impossible to enjoy, yet Southampton finished eighth in the Premier League and reached the EFL Cup final. Reports suggested that senior players at the club were unhappy with Puel’s style of play, but they have hardly turned into The Entertainers under Mauricio Pellegrino. Before Newcastle came to town, they had scored five goals in seven league games.

Even if the new manager does work out, these things take time. A new coach comes with new training schedules, new tactics and a new management style. Southampton’s players have got used to a semi-regular cycle of managers since arriving back in the Premier League, potentially mitigating the risk, but nothing is guaranteed.

Southampton’s results have been wretched this season. Their league position sees them in the top half, at least until West Brom play on Monday, but do not be fooled by that. Southampton’s eight league opponents currently occupy positions 2nd, 4th, 9th, 12th, 13th, 15th, 17th and 20th. The games against second (Manchester United) and fourth (Watford) were both lost at home without scoring. Southampton have underachieved against the weakest teams in the division. And they are only a point ahead of 17th.

That becomes a problem when you consider Southampton’s record against the best teams in the division. In 13 league games against the ‘big six’ since the start of last season, Southampton have taken four points (all draws) and scored just six goals. They finished eighth last season by virtue of beating the Premier League’s fodder. This season, even the fodder has proven difficult.

There are two distinct reasons for Southampton’s early struggles under Pellegrino, or perhaps just one general rule: they have been wretched in both penalty areas. Southampton’s issue has not been creating chances (they rank fifth in the league for chances created) or shooting from foolish areas (only 41% of their shots have been from outside the box, about average for the division), but awful finishing.

And then there’s Fraser Forster, who must surely rival Wayne Hennessey for the Premier League goalkeeper most out of form. Forster was only kept off the bottom of a list of regular goalkeepers sorted by save percentage by David Marshall and Claudio Bravo last season. This season that figure is far improved, but Forster is still making far too many errors in technique and decision-making. He was slow to get to his feet for Isaac Hayden’s first goal, and parried away a shot before somehow making himself smaller for Ayoze Perez’s. Neither Alex McCarthy nor Stuart Taylor constitute meaningful competition for places, and that might be part of the problem.

At least against Newcastle, Manolo Gabbiadini found his range. The Italian was allowed to run for far too long in front of opposition defenders and into a central position, and his left-footed shot was low and true. The only disappointment for Pellegrino might be that the shot came from just inside the penalty area. Amazingly, Sofiane Boufal is the only current Southampton player to score from outside the box in the league game since the beginning of last season.

There is an additional issue of style, too. Southampton flourished under Mauricio Pochettino and Ronald Koeman because they had tall, physical strikers in Rickie Lambert and Graziano Pelle, who both fed off the service provided by crosses. Unfortunately, nobody at Southampton seems to have realised that neither of those strikers are still at the club. Southampton rank fourth in the league for crosses from open play, but Manolo Gabbiadini and Shane Long have started 15 of a possible 16 combined league games. Neither is six foot tall.

The positive spin is that scoring twice against Newcastle indicates a light at the end of the tunnel for Southampton; perhaps they will start improving their dismal shooting numbers. The negative – and probably more realistic – assessment is that another match against a non-elite Premier League team has passed by without victory.

Between mid-November and the end of December, Southampton face Liverpool, Manchester City, Arsenal, Chelsea, Tottenham and Manchester United in the league. Where will they be by then?