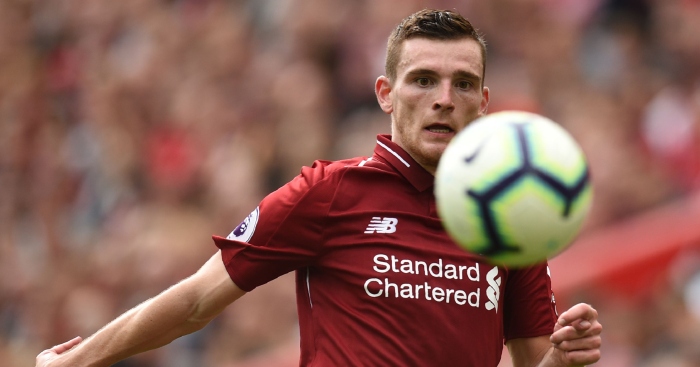 In China the years have names, which you have to admit is pretty cool. I was born in the Year Of The Sheep, although it’s sometimes called the Goat, and I’ll let you decide what that means. But it’s a good year to be born in Premier League country, because it’s the Year Of The Left-Back. With most sides returning to the tried and true back four, there’s been a plethora of good full-back performances, with the lefties particularly prominent. Appropriately enough, it’s a 4-4-2:

Goalkeeper: Kasper Schmeichel (Leicester City)
Not so very long ago he was a vital member of a title-winning side. But last year he was consistently inconsistent. Against Southampton on Saturday he was well in form, with several impressive punches and two fine saves from Danny Ings, one on the line, one coming out to block. He wasn’t perfect: he left one unnecessary rebound, and once collided with Wes Morgan going for a corner. But he kept Leicester in the match until the cavalry came, and if he plays like that every week, Foxes fans will be very satisfied.

Lukasz Fabianski came in a strong second, with a variety of good-quality saves, missing out when he didn’t do quite enough on Arsenal’s first goal. Coming off his line used be the best part of his game, but he doesn’t seem as aggressive as he used to be. Still firmly in the #1 spot for West Ham, though. Hugo Lloris deserves a mention as well. Romelu Lukaku should have scored that early chance, but Lloris did well to force him wide and make the finish more difficult. Two classy saves helped preserve the clean sheet.

Right-Back: Ryan Fredericks (West Ham United)
Barely put a foot wrong until the final minutes, when he seemed to tire – and even then put in a 90th minute cross that with a different striker might have meant the tying goal. Nothing dramatic, just incisive when attacking and solid in defence. Fulham wanted to keep him, but he decided to go east, and just might be the long-term answer for a problem position.

Some day Hector Bellerin is going to make this list, but he’s going to have to learn to defend a little first. That might be a long wait, but at least we can admire him going forward. With Arsenal targeting West Ham’s left, there were plenty of opportunities to do so. In the end he got the assist his play merited.

Centre-Half: Christian Kabasele (Watford)
I said this last year, but it bears repeating: it’s hard to know exactly how good he is, because everything he does looks spectacular. Not necessarily the ideal style for a defender, but the results on Sunday speak for themselves. Had a few difficult moments in the first half against Christian Benteke, and might have been at fault on a cross that required a brilliant Ben Foster save. But otherwise he dove, slid, raced and performed other impressive actions to snuff out Palace chances. Was at his best in the final frantic minutes. From game to game he remains inconsistent, but football is entertainment, and he can be quite a show.

Watford have started superbly. Pereyra, Hughes, Doucoure, Holebas and a rejuvenated Deeney getting a lot of praise and rightly so, but important to note how good Kabasele's been cleaning up in defence.

Centre-half: Harry Maguire (Leicester City)
Was superb in the first half while Southampton were dominating, and was on the way to the best defensive performance of the young season until he went walkabout on the Saints’ opening goal. He’s still prone to that kind of misjudgment, coming out of the back line at the wrong time. It’s one reason I don’t rate him as highly as some. But it was by no means a terrible error, and his winning strike (do we call him Slabfoot now?) easily canceled it out.

Just behind was Toby Alderweireld, who was dominant in the latter part of the match but erratic in the first hour, with Fred giving him particular problems. In my book he’s never been as consistently good as in 2015/16, but he finished the game in top form, and given his relative idleness may need a little time to get settled. As a known Vertonghen-worshiper (there’s a reference to him in my latest computer password), I rated my man on the same level: a little less remarkable, a little steadier.

Elsewhere, Chris Smalling had a good game for Manchester United until he was made to look not very good by Lucas Moura. Shane Duffy stood out as Brighton kept Liverpool close, as did Sol Bamba as Cardiff kept Huddersfield closer.

Left-Back: Andrew Robertson (Liverpool)
Did you know there’s a statistic called Expected Assists? It takes into account the quality of the chances you create. Right now Robertson is second in the league behind Ryan Fraser (who has the advantage of taking set-pieces), and he showed why with a 90-minute rampage against Brighton. There are better pure defenders at his position, but his style is perfect for a Jürgen Klopp side.

Like I said, it’s the year of the left-back. Ben Chilwell put in some excellent crosses and played good defence, and would have been the pick had he scored from a narrow angle against Alex McCarthy. I’m guessing he’ll eventually play for England at a major tournament. Another young Englishman, name of Luke Shaw, also impressed at wing-back, and most definitely should be kept on by whoever’s managing United next month. Terence Kongolo isn’t English, but he was Huddersfield’s best player against Cardiff, getting forward some but more crucially looking like Christian Kabasele when the match was 11 v 10. Ryan Bertrand was strong in attack but struggled when most needed in defence.

Winger: Eden Hazard (Chelsea)
No apologies for putting him here, because he was everywhere, showing the world how to play against eleven 11 buses. Of course he was the guy who put Marcos Alonso through for the disputed penalty. The penalty kick was classic in its own way: instead of the usual give-him-the-eyes business, an unstoppable hammer. We all should be that easy-going.

Winger: Luciano Vietto (Fulham)
Even I think this is a left-field choice. He’s on his third loan from Atletico Madrid, and until a few weeks ago the sum total of my knowledge was on Wikipedia. He came on as a late sub in the opener against Spurs, then on Sunday started against Burnley on the right of a 4-2-3-1. He’s small, quick, clever, technically adept. He took a while to get going, as did most of the rest of the side. But in the 38th minute he lifted a perfect cross for Aleksandar Mitrovič’s second goal, and there was no looking back. Not everything he tried came off, and he was aided by Burnley having to open up, but there was no mistaking his dynamism and quality. It wasn’t the strongest week at this position, so he might be a little lucky to make the list. But he’s one to watch.

The other chief candidate was Henrikh Mkhitaryan, who was at times quite useful in Arsenal’s attack, combining well on the right with Bellerin. He lost the ball quite a bit, though, and seemed a little less consistent than Vietto. Maybe I’m just holding him to a higher standard. Nathan Redmond was Southampton’s best player in the first half, but faded.

Central Midfielder: Felipe Anderson (West Ham United)
Two West Ham players! But there’s little doubt about Anderson. Pellegrini started him on the wing in the first two matches, but at the Emirates he was behind the striker in a 4-4-1-1. It was only Arsenal, but he was staggeringly good, bursting through the middle with pace whenever he felt like it. His passing in the final third was excellent as well, and he was a bit unlucky to be limited to one assist. Just a quality player.

Bit of a sickener today. Obvious to say it but Felipe Anderson was outstanding. Thought Ryan Fredericks also had an excellent game to exorcise those Anfield demons. Shout out to Carlos Sanchez too, who was very solid. Improvement across the park, just didn’t take their chances.

Central Midfielder: Aaron Ramsey (Arsenal)
At the heart of the Gunners’ attack in the second half, and could easily have had a goal and assist. At this point we all know what he can and can’t do. Under Arsene Wenger he was encouraged to play elegant football, and he’s not an elegant footballer. Unai Emery might be a better fit.

Abdoulaye Doucouré was a decent shout as well. Under previous Watford managers he tended to play deep, but Javi Gracia has him going forward in attack, and defending by pressing. The new role definitely plays to his strengths, and he was involved in many of Watford’s dangerous moves. James Milner keeps going and going and going.

Maybe 37 weeks out of 38 this list has a natural deep midfielder, but Jorginho couldn’t influence the game enough, and the other possibilities weren’t quite there: Wilfred Ndidi (inconsistent, doubly at fault on Southampton’s goal) and Mario Lemina (started strongly but faded).

Striker: Aleksandar Mitrovič (Fulham)
He’s baaaack, and with a rip-snorting performance that made Burnley’s back line look like they’d had too much retsina on the flight back from Greece. Great movement and technique, at times simply unplayable. At Newcastle he was only average in the air on long balls, but brilliant on the same when in the box. Fulham don’t play many long balls. Two clinical headers to highlight an outstanding afternoon. Got into a minor fracas with James Tarkowski, just to show nothing’s changed.

Old debate I know. And I'm sure I'm opening a Pandora's box here.

But I think it was a mistake not to give Mitrovic more of a chance at #nufc.

Striker: Lucas Moura (Tottenham Hotspur)
Don’t know how many saw him as a second striker – he was mostly a wide man at PSG – but he won’t be shifted any time soon. Always a thrill to find a player that will take on his man, and he can twist a little bit too. Two glorious finishes, one first time, one after a run with the ball. Also earned what probably should have been a penalty. And while he’s no Christian Benteke height-wise, he gave his all on every ball in the air. Excellent on the press as well. A complete performance. Don’t forget that Harry Kane scored the first and made the third.

Both Mitrovic and Moura have genuinely surprised us this season.