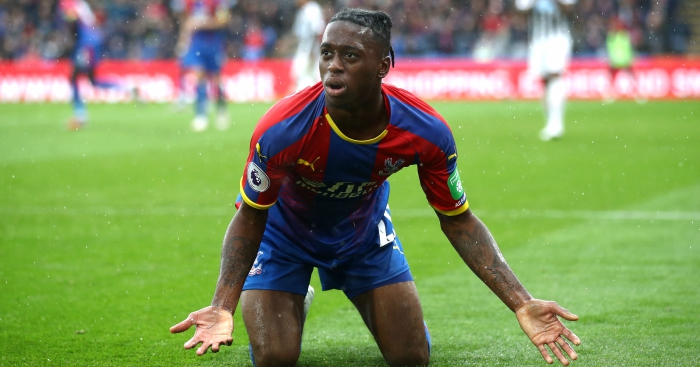 Bernardo Silva and Raheem Sterling being on the PFA Young Player of the Year shortlist is ludicrous. Sterling has played 221 Premier League games, FFS. Our criteria: players must be 21 or under at the start of the season, not 23…

Declan Rice (West Ham)
The England international played only 45 minutes of West Ham’s first four games of the season, all of which ended in defeat. Since Rice came into the side at Everton when Manuel Pellegrini earned his first win, the holding midfielder has played every Premier League minute. He even scored his first goal against Arsenal in January two days before his 20th birthday.

Not only has Rice established himself as one of the first names on West Ham’s team sheet, the new England cap also sits at the top of Manchester Unired and Manchester City’s transfer targets this summer, with the Hammers likely to make around £50million on their academy graduate.

Another class display against a big team. ⚒ pic.twitter.com/0QpQYMmEMS

Marcus Rashford (Manchester United)
The Manchester United striker only turned 21 at the end of October but already he has over 100 Premier League appearances and 31 England caps. And to think there were concerns over his development at Old Trafford…

Rashford might not have enjoyed his role under Jose Mourinho but the forward will benefit from having played wide now he has established himself as United’s first-choice centre-forward. The Red Devils are taking plenty of deserved stick at present but Rashford escapes much of it, with the academy graduate one of few players certain of their future at Old Trafford – if that’s what he wants.

Trent Alexander-Arnold (Liverpool)
The Liverpool right-back has played fewer senior league games than anyone else on the PFA Young Player of the Year shortlist – not that you would know it.

Alexander-Arnold is the archetypal modern full-back, with as much emphasis on his attacking contribution as his defensive responsibilities. The 20-year-old has plenty of room for development when it comes to the latter but with Jurgen Klopp preferring to pack the centre of his midfield with industry rather than creative flair, Alexander-Arnold and Andrew Robertson have to make up the deficit. Eventually, Alexander-Arnold hopes to do both, with the England international seeing his future in midfield.

David Brooks (Bournemouth)
Being released by Manchester City is no disgrace but being told by Bolton that he was too small for senior football would have been rather hard to take. So Brooks deserves huge credit not only for scraping his way back up to the top flight, but for emerging as one of the breakthrough stars of the season.

After joining Bournemouth from Sheffield United for £11.5million last summer, 21-year-old Brooks made a flying start to Premier League life, scoring three goals in his first nine appearances. Ryan Giggs reckons he would have been in the England team had he not already been capped by Wales.

Something of Teddy Sheringham about Bournemouth’s classy David Brooks. If he has half as good a career ….

James Maddison (Leicester)
In his first season in the Premier League after moving from Norwich last year for £25million, the 22-year-old has only six assists, but it isn’t for the want of trying. No player in the Premier League has created more chances, with Maddison’s total of 94 superior to even Eden Hazard (85).

Indeed, last month when PFA votes were being cast, Maddison was creating more chances than Lionel Messi and anyone else in Europe, with only Atalanta’s Alejandro Gomez and Lyon’s Memphis Depay keeping pace.

Which James Maddison free-kick™ was the best? pic.twitter.com/Wm6aDMmMt8

Aaron Wan-Bissaka (Crystal Palace)
Maddison may have been squeezed out of the reckoning by the PFA’s ridiculous criteria but Wan-Bissaka should have been on the shortlist regardless. The Palace right-back only became a first-choice regular at the end of last season but this term, a year after pushing for a move to League Two, the 21-year-old has made the starting spot his own while emerging as a target for the big boys.

Wan-Bissaka has made more tackles than anyone else in the Premier League this term, with only four players having a better success rate. No wonder the likes of Man Utd and Arsenal are ready to pay £40million, but they might have to wait…