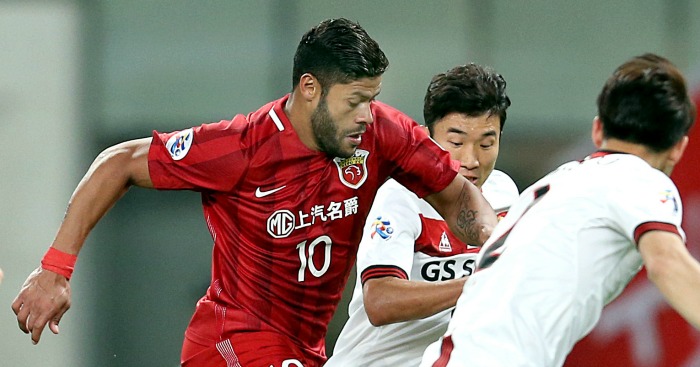 With memories of the domestic football season fading in to the distance and no obvious competitive football to focus on (Confederations Cup is a friendly tournament), the summer can start to drag on. However, no need to despair and start toying with the idea of following the tennis, Formula One, or worst of all the British Lions tour, just switch over to the CSL on Sky Sports and follow what is highly entertaining and high-scoring football.

It is true that the overall quality of the teams does not match that of an elite-level European club, but the standard, particularly at the attacking end of the pitch, is decent with some very handy players on show.

With nearly half the season gone, there has been enough time to evaluate each team and their players. Here is my list of the top five players in the CSL so far…

5) Eran Zahavi
When compiling any type of best player list, it is only natural to look at the top scorer roster (just look at the Balon D’or for the past ten years). Sitting at the top for nearly the entire four months of the season so far is the Israeli international Erin Zahavi. He is the fire power behind Guangzhou R&F, the minnows which for a brief spell looked like they would do a Leicester. Despite the recent drop-off in the form of the team as a whole, Zahavi has maintained his fine scoring form (which previously saw him score in a very impressive 18 consecutive games) with ten from 14.

Zahavi well and truly belongs to that category known as fox in the box; he always seems to drop defenders and find a yard of space where you thought there wasn’t one. He also seems comfortable with both feet and his head. With all this in his favour, it’s not hard to see him picking up the Golden Boot.

4) Paulinho
Of the recent spate of footballers moving to China, the most surprising move was that of Paulinho. After all, prior to his move he was a Brazilian first-teamer, playing in a very promising Tottenham team and was yet to reach his full potential, suggesting a move to one of the big European clubs was on the cards. It was potentially career suicide as no player had managed to hold down a place in a top international side following a move to the east.

However, in as good an endorsement in his performances he could wish for, Paulinho has managed to retain his place in the Brazil team. He is league leaders Guangzhou Evergrande’s best player, more often than not being the most influential man on the pitch in their nine wins from 11. He has maintained his playing style from his days at White Hart Lane, but has become more effective as he is now stronger and more powerful. It is unsurprising then that there are strong rumours that Barcelona and Bayern are more than a little interested.

3) Wu Lei
When compiling this top five I really wanted to include at least one Chinese player and I think the natural choice for this is Shanghai SIPG’s Wu Lei. Shanghai have definitely been the most exciting team so far; they have both scored more and conceded fewer than any other team in the CSL, winning by five goals to one on two occasions. During this impressive run has seem rise to second place, Wu Lei sits second in terms of both goals and assists.

His style is very reminiscent to that of Jamie Vardy – he has a mean eye for goal and does not need much of a glimpse to fire off a shot; he seems way too fast for the vast majority of the defences in the CSL. This makes him great on the counter and if it’s him up against the last defender, my money’s only going on one man. It is also refreshing to see a homegrown player managing to stand his own in a forward line featuring so much foreign talent.

2) Ezequiel Lavezzi
Unfortunately, in terms of international coverage his time in China is likely to be permanently remembered for an ill-judged, distasteful photograph, but for now we will focus on his on-pitch exploits.

Perhaps unsurprisingly one of the best players in the CSL, he is definitely one of the galacticos of the league (on a reported £10 million a year) and I actually thought he was one of the best players in Europe when he left PSG. He is currently leading the assists table with seven and I can confidently say that without his inspiration, Hebei China Fortune would not be sitting pretty in third. It is a shame Lavezzi does not have strike partner on his wavelength because Hebei would be pushing for the title.

Most of you will be aware of his style – he attacks with skill and ferocious pace usually finishing off with a cross/pass into the box creating an opportunity to score. This is the last season of his contract and I wouldn’t be surprised to see a big European club come in for him (if they can afford him).

1) Hulk
The best player in China at this moment in time is the monster that is Hulk. To be honest I never used to rate Hulk, I always thought his reputation was unjustified and I thought his poor showing in the Brazil World Cup was the ultimate evidence. However, since seeing him in the CSL, I appreciate him for what he is, a beast that can bully defences into submission. In this regard his style has not changed. However, in a league in which defences are neither as technically able nor as experienced, Hulk is regularly seen barging his way through three or four defenders in what seems like men against boys.

Although his stats do not match those of his Shanghai SIPG teammates, on numerous occasions he is the player who will stand up and be counted, providing the inspiration needed to turn one point into three. Without him I am doubtful Shanghai would be sitting in second and their push for the Asian Champions League would look a lot more suspect. Finally, his collection of thunder bastards scored this year would make Ibrahimovic proud.

After reading this countdown, I’m sure some of you have picked up on two things, they are mostly foreign and they are all attackers. I think you would struggle to find a watcher of Chinese football who would not agree that the foreign imports are on the whole better than the Chinese players. After all, clubs are unlikely to part with very large bundles of cash for imports if they could get an equally talented domestic player. In terms of the attacking nature of this selection, most defences in the CSL are pretty poor and accident-prone. I just could not justify picking a defender.