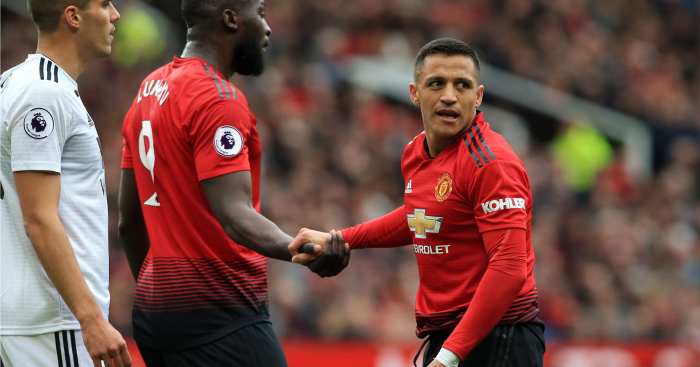 “His performances, they have to improve. They can’t get any worse to be honest with you…”

Paul Scholes did not sugarcoat his opinion of Alexis Sanchez at the end of his first half season at Manchester United. The Chilean might have argued that he had contributed more assists than any team-mate since he moved to Old Trafford in January but Scholes had a valid point: United were entitled to expect more from the attacker they made the highest-paid player in British football history.

The expectation was that a full pre-season during his first summer with United would enable Sanchez to show what he can really do for his new club. That was Jose Mourinho’s assumption. “For sure next season will be better for him,” the manager said back in March. “Of course, he is learning how to play with us and we are learning how to get the best out of him.”

Six games into his first full season and we are yet to see any evidence that either Sanchez or United have sussed each other out. It’s not that the 29-year-old has been wretched but there seems little sign of the improvement that was required. There were very few positives to take from his performance against Wolves and he could not build a convincing argument to say Mourinho was wrong to substitute him on the hour just after Joao Moutinho forced United to go looking for another goal after Fred’s first for his new club.

Mourinho did not seem convinced that Sanchez would come good when he was asked earlier this month. “I hope so,” he said. “I hope we can see it,” which certainly lacked the conviction in his answer when the same question was put to him six months ago.

The manager bought Sanchez to solve a problem few believed United had. The former Barcelona and Arsenal attacker offers cover across the forward line but in his primary position coming off the left, Mourinho already had Marcus Rashford and Anthony Martial. Neither provided the consistency that Mourinho demands but their youth offered the duo some mitigation. Sanchez doesn’t have the same excuse, nor any other.

Since moving to United, Sanchez has started 16 out of 20 Premier League matches, missing two and starting another couple on the bench – once when he wasn’t fully fit and also at Bournemouth last season when Mourinho rested key players ahead of the looming FA Cup semi-final.

It is the kind of involvement Rashford dreams of and with Sanchez having not kicked on from last season, perhaps now is the time to offer the 20-year-old England forward a similar run in the side.

Of course, Sanchez is not Mourinho’s only problem. Tonight, the manager will be more concerned at his side’s collective lack of spirit and desire more than any individual disappointment. But when he comes to analyse his players’ contribution against Wolves, he will look at each of his front six with similar levels of irritation.

Paul Pogba showed his infuriating inconsistency, first creating Fred’s opener with the most sublime of touches, before giving possession away just inside his own half to let Wolves break and score their equaliser. Jesse Lingard was anonymous before he was hooked; Romelu Lukaku was starved; while Marouane Fellaini, when he was told to step off his centre-back’s toes, created little mayhem as United pressed.

United’s defence has caused Mourinho most headaches this season but those issues have taken the heat off their uninspiring attack. With his rearguard appearing more settled, the focus has to shift to the Red Devils shortage of creativity. Unfortunately for Sanchez, his form and the options available to Mourinho mean he is most vulnerable.