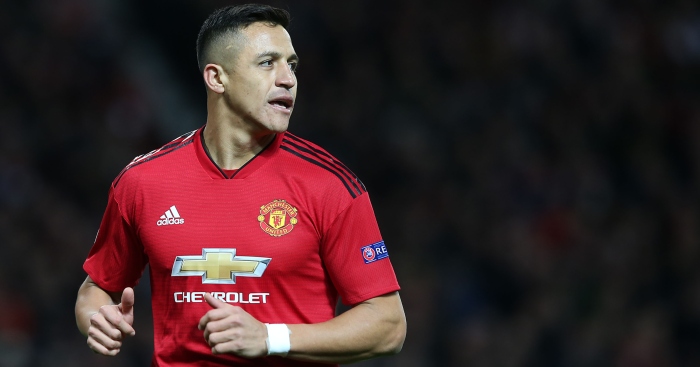 For a cutting assessment, go to the Manchester Evening News, who describe the introduction of Alexis Sanchez as the moment Ole Gunnar Solskjaer ‘effectively reduced United to 10 men’.

For poetry, we should of course go to Paris, where L’Equipe described Sanchez as ‘wandering like a soul in pain’, which is a beautiful way to describe a man who played like a latter-day Wayne Rooney, ghosting through a game without leaving any impression but sadness.

His performance was so poor that even Solskjaer allowed his mask to slip. Six weeks after describing Sanchez as “chomping at the bit” to get on the pitch and a month since suggesting the Chilean has “a new lease of life” under his management at Manchester United, Solskjaer sounded rather more like a previous Manchester United manager when he opined: “I can’t do anything about Alexis Sanchez.”

The Norwegian could coax Anthony Martial and cajole Paul Pogba, but he has found himself at a loss for ways to motivate Sanchez, who looks like a man who has fallen out of love with football. Football has certainly fallen out of love with him. Whether that is a consequence of 11 months of Jose Mourinho, the guilt of a terrible decision made in rejecting Manchester City, the consequence of over a decade of relentless football or simply a personal melancholy, it is painful to watch.

What the hell has happened to Alexis Sanchez? One of the steepest declines I’ve ever seen

The legs are slow, the touch is poor, the desire to be involved in every moment of every match – a desire so intense that it sometimes edged over into ‘flaw’ territory at Arsenal – has disappeared. The shoots of recovery – seen in victory over Newcastle in early January – have been trampled down by heavy legs. He was awful against Leicester on February 3, playing so safely and so predictably that he looked out of step with his more dynamic teammates. In games against Burnley and then against the Foxes, the thinness of United’s squad was exposed. Worryingly, the exit of the injured Jesse Lingard from the Champions League stage pretty much sounded the death knell for United’s chances.

“The reality is Jesse and Anthony are part of our squad playing really well but in the second half we didn’t have as much movement and couldn’t get in behind,” said Solskjaer, who spoke of needing to find a “new way to play” in the absence of his quicker players. It’s the closest he has come to throwing any players under a bus, with Juan Mata and Sanchez the two players teetering on the edge of the curb. It already seems incredibly likely that both will leave this summer, with Romelu Lukaku joining the list of unwanted substitutes.

The audible groans of the United fans when Sanchez was flagged offside against PSG on Tuesday night suggested that patience has almost dwindled into nonexistence at Old Trafford when it comes to the Chilean; most would like to see him wander right out of the club. The only question is whether any club will pay the wages of a soul in pain.