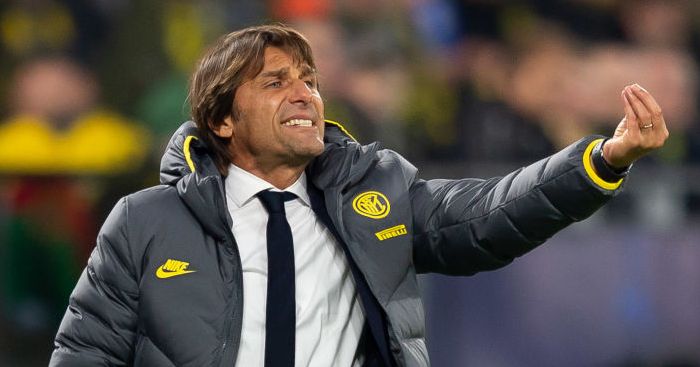 It was a refrain familiar to Chelsea fans. “I am not asking the club for anything, these are the players and we go into battle with these players. The club will make its evaluations. I am just saying all of us got it badly wrong when planning for this season.”

The implication was clear: Antonio Conte has not received enough financial backing to justify the expectations placed upon him. His players are being pushed to their limits. His management is being stretched beyond its capabilities. He is “really pissed off” and wants the world to know.

It is a shame whenever Conte sings from that particular hymn sheet. Here is a manager who valued coaching over expensive signings to win the Premier League title at Chelsea, who bent Europe’s most difficult league to his will with tactical innovation that squeezed title winners out of Marcos Alonso and Victor bloody Moses.

Even before then, he built Juventus dominance around the free Andrea Pirlo, extracted far more from Paul Pogba than anyone before or since has managed, ended their nine-year Serie A title drought despite the lack of an elite centre-forward – the top scorers in his first two seasons had just ten goals – and took unfancied Italy within a Simone Zaza penalty of reaching the Euro 2016 semi-finals.

He was the antidote to the belief that managers are defined by their signings, only capable of success if accompanied with the biggest chequebook. Now he has been infected by that poison, symptomatic of the problem.

Complaints that he has “players who have played non-stop” – that his squad is not big enough to cope with the demands of two competitions – fall on deaf ears. Inter broke their transfer record for the first time in two decades to sign Romelu Lukaku. Valentino Lazaro, Matteo Politano, Eddie Salcedo, Gabriel Brazao, Lucien Agoume and Diego Godin all joined him on permanent deals, with Stefano Sensi, Nicolo Barella, Cristiano Biraghi and Alexis Sanchez loaned in. Their summer net spend was, if not the highest across Europe, then certainly close.

That was reflected in the first half against Dortmund. Inter were sensational, ripping through their hosts, chasing every ball, covering every blade of grass and tearing down the Yellow Wall. It was every bit as impressive as the early lead they took against Barcelona, if not more so.

Perhaps Conte should look further within himself for the answers he seeks. Fabio Capello told his compatriot that “your gameplan was perfect”, as if squandering a two-goal lead within 45 minutes was inevitable and entirely out of his control. Conte’s response – “and that’s why I’m so pissed off, mister” – does not suggest there will be any introspection or self-analysis.

#Inter throw away a two-goal lead to lose to #BVB. Wenger blames Antonio Conte's formation for the collapse.#beINUCL #beINWenger pic.twitter.com/sluq0SSebo

Conte’s insistence on playing at a certain high speed, a line he oft repeats in the media, was counter-productive. It stunned Dortmund and helped build a decisive lead, but Inter never tried to shift back down the gears and defend or reserve their energy. The situation and circumstances changed – Conte and his players earned that change – but Inter never reacted to it.

Conte sees players that have “reached their limits” or “are going at 100 kilometres an hour” and simply asks for more. More energy. More running. More blood, sweat and tears. But, at 2-0 up in such a daunting, overawing stadium, all any team needs is more nous, more intelligence, more awareness.

The problem is that this is nothing new. Few can rival Conte’s domestic success of five league titles and three cups in two different countries. Social media was awash with Arsenal and Manchester United fans sharing clips of Matias Vecino’s goal and pining for the coach that made it possible.

Yet they were conspicuous by their silence at full-time, while those familiar with Conte nodded sagely. For a manager who pointed out his squad “haven’t won anything” and lack experience, his record in European knockout tournaments has relevance. He guided Juventus to the Champions League quarter-finals in 2012/13 by beating Celtic before losing to Bayern Munich without scoring. They were eliminated in the group stage the following season by Galatasaray, reaching the Europa League semi-finals, losing to Benfica. His only Champions League campaign with Chelsea saw them finish second in their group and lose to an ordinary Barcelona side in the last 16.

Having earned a seat at Europe’s top table on three occasions, he has never lasted longer than the quarter-final stage before being forcibly removed; his fourth attempt does not look likely to end any better.

Before casting stones at his squad with regards to their European pedigree, he should perhaps reinforce his own glass house first.

This is far from an unsalvageable season. They are relying on inadvertent favours to progress in the Champions League, but are a single point below Juventus in Serie A with room for improvement. But their only domestic defeat of the season thus far has come against The Old Lady, and now both Barcelona and Dortmund have beaten them from behind in Europe. Rather than a need for more signings, that simply points to a team punching precisely at their weight: below the upper echelon.