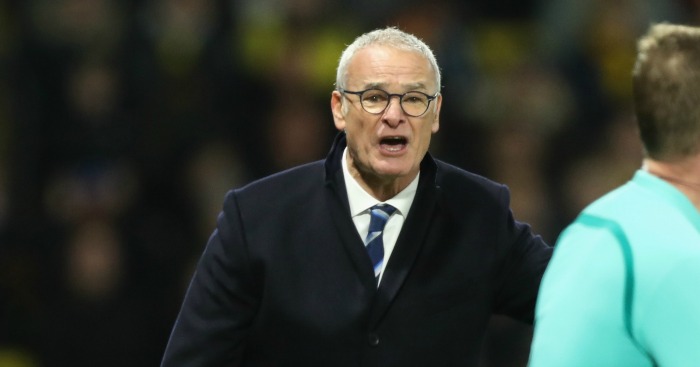 So when do they panic? Do they ever panic? Do they never panic? Does a season of wonder give carte blanche to whatever comes next? Is Claudio Ranieri untouchable? If so, does he decide when he leaves or if he leaves? Would supporters be happy with a Champions League quarter-final place combined with relegation?

But since when has football dealt in reasonable judgement? The questions may well be unanswerable, but that won’t stop them being asked. Supporters may well be eternally grateful for last season, but that won’t alleviate the concern over the club’s current run. The last league champions to be relegated the next season were Manchester City in 1938; surely not a case of history repeated?

Leicester look awful. They have taken five points from their last seven games and had only ten shots on target in their last six. Compare that with 31 shots on target faced and the fifth-worst defence in the Premier League is creaking. Leicester conceded 36 goals last season and allowed their opponents 142 shots on target. They are already at 56% and 44% of those totals respectively.

If the defence suddenly looks more fragile than before, the regression in attack is cause for even more alarm. It’s a statistic that I’ve used before, but one that is getting more worrying by the week: Riyad Mahrez has only completed one pass to Jamie Vardy in the league since September 17. That’s ludicrous for a combination that was so strong last season.

That statistic provokes three immediate conclusions. The first is that the expansiveness of Leicester’s attacking is so dependent on a resilient defence and defensive midfield, neither of which is present this season. The second is that Ranieri has shunted Vardy out left to accommodate Ahmed Musa and Islam Slimani, risking reducing Vardy’s positive impact. Finally, it makes you wonder just how much Vardy now regrets rejecting that summer offer from Arsenal. The leader of Leicester’s attack is now a peripheral figure.  The last time Vardy had a shot on target in the Premier League was September 10.

The other problem for Ranieri is the lack of impact from Leicester’s new signings, necessary to stave off the inevitable complacency that follows unexpected success. Through a mixture of poor form and fitness, Luis Hernandez, Bartosz Kapustka, Nampalys Mendy, Slimani and Musa have started a combined 13 league games. None feature in the list of Leicester’s ten most regular starters. There has been no fresh injection of impetus, merely a general decline post-triumph.

“It’s just a bad period now. This period shows how big last season was, that is it,” was Ranieri’s philosophical post-match message, and there is truth in that statement. We must beware of comparing Ranieri against the incomparable, and making him the farcical victim of his own success.

Unfortunately, that is based on theory, not practice. The idea of ignoring the past when judging the present is a fallacy, however harsh that sounds. From incredible overachievement, Ranieri and Leicester are now underachieving. Having been the kings of the Premier League castle, it’s hard to accept going back to being the court jesters.

Daniel Storey – Daniel has been nominated as Writer of the Year by the Football Supporters’ Federation. Please go here and vote for him.