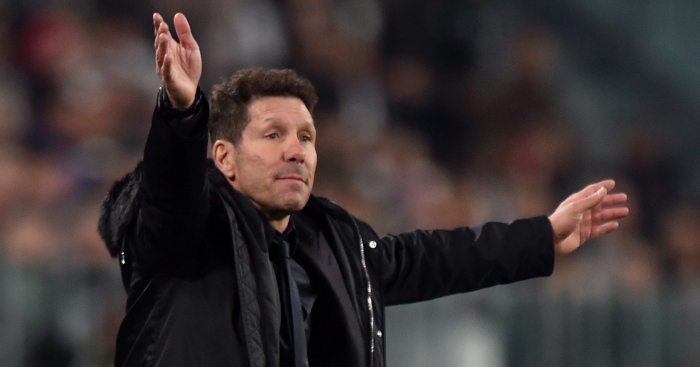 “We picked a bad day to f*** up,” said a devastated Antoine Griezmann after Atletico Madrid were given a treble dose of Ronaldo on Tuesday night. Griezmann was being polite by using ‘we’, but his manager was more than willing to shoulder the blame: “We made many mistakes, for sure – but I mean me, not the players. They were better tactically and on second balls. That is why they won the game.”

Back to Griezmann and there is a hint of agreement: “We all feel screwed, me the first. I could not get into the game. It was completely different from the first leg, when I made us play. It was not our day today.” After a first leg when the Frenchman had 53 touches – the most of any Atletico player, which is ludicrous for any attacking player – he was reduced to just 36 in Italy, hampered by defensive tactics that Simone seemed unwilling or unable to change.

‘Simeone dared to take a chance and his bravery was rewarded,’ said Marca after that first leg in Madrid that saw Simeone’s men triumph 2-0. This was Cholo being proactive and taking risks, knowing that they would need to take a lead to Turin. In truth, leading 2-0 at half-time is not enough if you are going to show zero ambition in the second half. This ‘was one of the poorest performances from his team on one of the biggest occasions’, according to the same Spanish newspaper. The verdict: Simeone had been well and truly roasted by Massimiliano Allegri.

Atletico Madrid were described as the perfect team to defend a 2-0 lead, but in reality, Juventus were the perfect team to overcome that 2-0 lead. You cannot kid a kidder and you cannot out-catenaccio the masters of Italian football. Juventus face deep, unambitious defences every week and they have now scored 16 goals in their last five home games; their improbable humbling by Jose Mourinho’s Manchester United remains their only home defeat of the season. And what did United do right that night? They were proactive and aggressive. Simeone really should have watched the video.

Instead, Atletico sat back, with Koke stifled by his responsibility to protect right-back Santiago Arias, the overrated Thomas Lemar predictably poor in both defence and attack, Saul rendered impotent by defensive tactics and Griezmann utterly anonymous, no matter how deep he came in search of the ball. The average positions of the Atletico players show only Alvaro Morata wholly in the opposition half. It’s little wonder they failed to register a shot on target.

And ultimately that is why the buck stops with Simeone, who did clearly did not arm his players with the ability to react. They have won only one of the seven games in which they have fallen behind this season in La Liga, which contrasts wildly with Barcelona’s record of winning five of the 12 games in which they have gone behind. It has cost them a Spanish title challenge and now it has cost them a place in the Champions League.