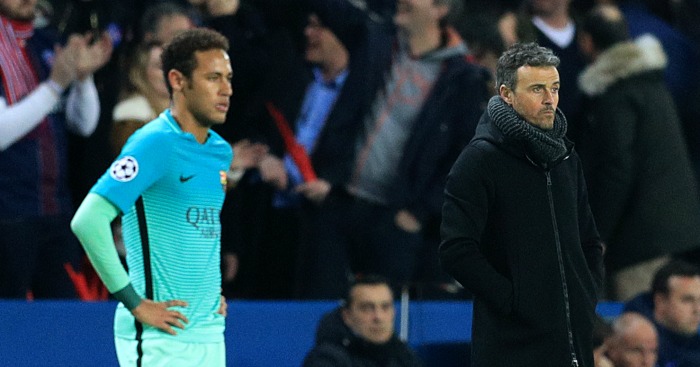 Both Real Madrid and Barcelona’s managers share an unappealing reputation. The suspicion surrounding both is that their team achieve success in spite, rather than because, of their management. While Diego Simeone has to squeeze the last juice out of his Atletico Madrid squad to achieve glory, Zinedine Zidane and Luis Enrique are simply not required to do the same. Such is the strength of both teams that success will always be expected as standard.

That presents its own challenges to a manager. Every defeat is cause for concern, every run of three games without victory a crisis. Going one season without a Champions League final might be acceptable, but two and the president gets human resources on the phone and asks for his ‘special’ fountain pen. Your p45 – or the Spanish equivalent – is handed to you before the ink has even dried.

The other difficult aspect of these missions is that past glory counts for little, the bank of goodwill has a hole in the wall from which reserves continually pour out. Nobody at Real Madrid or Barcelona cares what you did yesterday because they want to be excited about today and tomorrow. Enrique won La Liga last season, but it means nothing now. Zidane won the Champions League last May, but exit to Napoli in the last 16 would put his job in jeopardy.

Nights like Tuesday don’t help. We – media and supporters – have developed a slightly unpleasant habit of criticising the losers rather than praising the winners, but for all Paris St Germain’s magnificence in the Parc des Princes, Barcelona were abject. Julian Draxler and Angel di Maria were sensational and Marco Verratti produced the midfield performance of the season, but Andre Gomes, Sergio Busquets and Andres Iniesta facilitated his magnificence. There were those who have watched Lionel Messi play hundreds of times that have never seen him perform so poorly.

For Enrique, this was not just a defeat but a dismantling of his future employment. Barcelona were ripped apart by the young footballing upstarts from Paris, just as they had been dominated by Manchester City during periods of their group stage match in November. PSG had ten shots on target to Barcelona’s one, the only time in the last three years that a team has thwarted Barcelona so effectively in the Champions League. Only twice in the same competition has Luis Suarez had fewer touches of the ball since joining Barcelona. One of those was when he was substituted at half-time and the other was in their 2-0 defeat at Atletico Madrid in last year’s quarter-final.

These are the two exits that will stick to Enrique’s managerial reputation like an unpleasant stench. For all his coaching aptitude – and he is clearly not a dunce – this squad contains the greatest forward line of the last two decades and two of the greatest central midfielders of their generation. When huge talent meets catastrophic defeat, you can expect the fall-out to be long-lasting and severe. There were those asking whether European football was witnessing a changing of its guard, and the question only seemed slightly founded in melodrama.

There are excuses, or at least caveats, for Barcelona’s dismal performance. Busquets has just returned from injury, while Aleix Vidal, Javier Mascherano and Arda Turan were all out. Yet this was an evening on which offering excuses was an exercise in p*ssing in the wind.

Dynasties do not end in the space of 90 minutes. For months there have been murmurs that this glorious Blaugrana era has reached its natural end, or at least the beginning of that end. Time waits for no man and no team, and the most recent batches of La Masia graduates have not matched up to their predecessors. Initially at least, the buck will only stop at the desk of one man.

Unless Barcelona can pull off the unthinkable in a fortnight’s time, their season will be over. Real Madrid have two matches in hand with which to establish a seven-point lead in La Liga having dropped only 11 points in their last 32 league games.

Fail to claw that gap, and this will be only the third time in a decade that Barcelona have failed to win the La Liga or Champions League titles. On each of the other two occasions, Barcelona changed manager; Enrique can’t say he wasn’t warned.