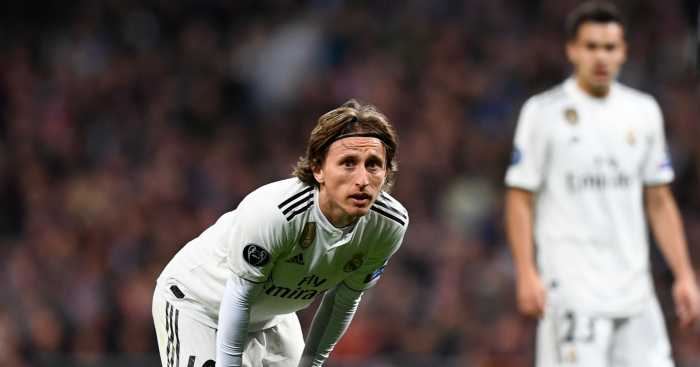 “History will show that a Croatian player, a representative of a small country, won the Ballon d’Or after Cristiano and Messi, who are players at another level.

“No one has the right to compare themselves with them. They’re the best in the history of the sport. To come after them is incredible, but I don’t think for a second that this is over for them.”

Luka Modric knew. Even while he stood, looking pale and awkward while lifting the Ballon d’Or trophy that was almost as big as his head, he knew that this was an anomaly, a freak result that had the potential to make him look like the worst kind of gatecrasher, who eats all your food, takes all your drugs and does not even bring a bottle. He will never be invited to the party again.

Only the first of those three questions will feature on quiz shows in years to come, but the next two questions are tame compared to the ridicule that is being poured upon ‘the best player in the world’ on social media. The two tribes that have relished GOAT battles over the last decade are united in hilarity that Modric and his leaderless, toothless, Ronaldo-less Real Madrid were humiliated by Ajax. Not only did Madrid illustrate just how much they were being dragged along by Ronaldo, but Modric’s midfield tormentor was the Barca-bound Frenkie de Jong, 12 years his junior. It could hardly have been more delicious.

Of course, Modric does not deserve any such ridicule; he had never pretended to be in the same class as Ronaldo, Messi or even their natural heir Kylian Mbappe. He never laid claim to the throne, but he was thrust upon it at the end of a year when he had won a third Champions League title and reached the final of the World Cup. He was the winner on points without ever throwing a knock-out blow and it had always felt like a hollow victory. Just three months later, it looks like a joke.

In truth, it made a refreshing change that football had rewarded a player who controls games rather than wins them, but this refreshing change has neatly illustrated why that can soon look like folly – nobody lauds the neat midfielder when the forwards are not scoring the goals to win games. Modric could argue that his own statistics have barely slipped but that matters little when Real are stuck in crisis mode.

But on Tuesday night, Modric could not even argue that he was blameless, as he was as culpable as any of his teammates for a pathetic performance. He looks so very tired. The difference between him and his teammates is that he is carrying an award that must now feel heavier than ever.