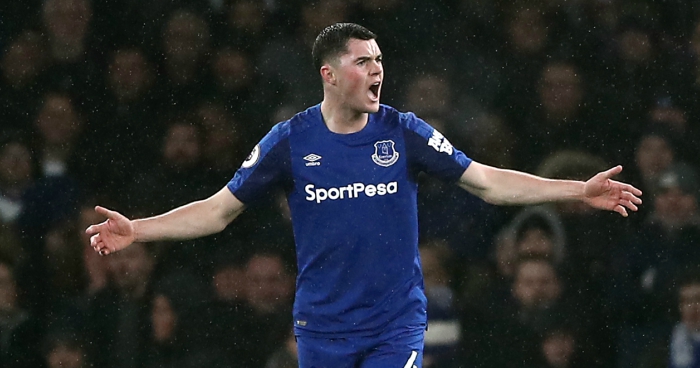 Having ended a seven-game winless run with victory over Leicester in midweek, Sam Allardyce set about quickly fixing what he had seemingly only just mended at Everton. The manager almost bragged about how Arsenal were “defensively weak” ahead of their trip to the Emirates on Saturday, adding that it gave them “an opportunity to try and shut them out”.

They succeeded in doing so for all of six minutes. Everton were thoroughly outclassed in north London, falling four goals behind before half-time. The Toffees at least drew the second half, but not even that meaningless staple of an utter thrashing was enough to appease the manager.

Allardyce laid into his players at full-time, branding their performance “pathetic”, “unacceptable” and just plain “crap”.

“The players are showing so much inconsistency that I face an uphill battle trying to get them to play at their best week in, week out,” Allardyce seethed, but he must accept his part in the mess. Everton ended a dismal run of form with victory over Leicester on Wednesday. Changing five players in the starting line-up three days later was hardly a mistake, but switching formations felt like overkill.

Everton fielded a three-man defence against Arsenal. Allardyce had entertained a similar formation only once before in his Goodison Park tenure, playing a flat back five in a 0-0 draw against West Brom on Boxing Day. But that was two months ago, and against a considerably more forgiving opponent. The manager complains of “inconsistency” from his players, but he can expect little else when such unnecessary tweaks are made.

The biggest victim was Michael Keane. The England international has struggled this season under three different managers, and started alongside Ashley Williams, who was benched in midweek, and a debuting Eliaquim Mangala. The trio had more combined shots (1) than tackles (0), such was their ineffectiveness in the face of an Arsenal onslaught.

But it was only Keane who was subjected to the embarrassment and ignominy of a half-time substitution. A player signed for £30million six months ago, one many felt Manchester United had missed out on, and one even more believed had a successful England career ahead of him, has had his reputation torn to shreds.

Keane, not the more experienced Williams or the more expensive Mangala, was Allardyce’s sacrificial lamb. The 25-year-old enjoyed the finest performance of his Everton career to date against Leicester in a four-man defence. He was the only centre-half to keep his place against Arsenal, so it was little wonder that he struggled in a three-man backline.

By the way, I hear Sam Allardyce really isn’t having Michael Keane. Apparently thinks he’s not up to it mentally. There are rumours (I stress, rumours) Keane knocked on the manager’s office door and told him he was low on confidence. If that’s true: wrong move. #EFC

The second-half improvement against Arsenal hardly reflects well on Keane, but the change to revert to two centre-halves instead of three was more important than any substitution. Everton looked more stable, more comfortable in a familiar formation. Not that that will be of any consolation to Keane.

Perhaps the centre-half is suffering from different perspectives. Each of the most important managers in his development had previously carved out successful playing careers as centre-halves. Keane’s 2012/13 loan spell at Leicester brought him precious playing time under Nigel Pearson, a former no-nonsense centre-half in his own right. Sean Dyche taught him the ways of the low block at Burnley, while Ronald Koeman tried to coax more ball-playing abilities and a pass-centric style out of him. Allardyce, and for a brief time David Unsworth, would have sought to coach that back out of him to concentrate once more of the defensive side.

Keane is the student left confused after being told different ways to succeed by different teachers. He must take his share of the blame for his grades falling, but this is not a situation of his own creation.