Home Winners & Losers F365’s early loser: Mourinho fresh out of sh*t to throw at the wall 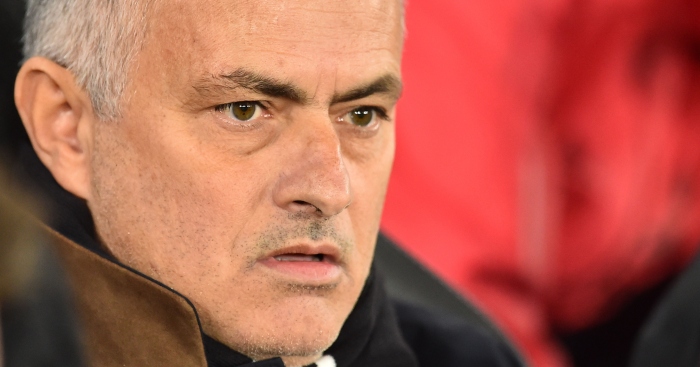 Different shape, same old United. At least, unlike some of his players, Jose Mourinho cannot be accused of not trying.

The Manchester United boss tried another different shape at Southampton in an attempt to provoke some form of improvement from his side and in contrast to some of his tinkering this term, you could see the logic. But the only conclusion to draw from this latest experiment is that this group of players are unable or unwilling – probably both – to make a success of any of Mourinho’s methods.

The 2-2 draw at St Mary’s was entirely typical of United’s season. A wretched start that quickly turned into a two-goal deficit was followed by some shoots of recovery once the players had been shamed from their slumber. Upon dragging themselves level before half-time, Mourinho’s men set about a second half against one of the most fragile teams in the Premier League lacking in the minimum levels of urgency and quality that you would expect from any United team.

Mourinho’s frustration was entirely evident during a second period that he spent mostly slumped in his chair muttering to his assistants. The manager copped it for showing his annoyance at Marcus Rashford for his wastefulness in midweek, but even Mourinho’s harshest critics must understand his irritation to a degree.

United were sent out to face the Saints with a three-man defence which was last seen during the meek surrender at West Ham over two months ago. Without the injured Chris Smalling and Victor Lindelof, who have emerged as the shiniest turds among United’s centre-backs, Mourinho opted to use Nemanja Matic and Scott McTominay either side of Phil Jones.

As defensive midfielders, it was fair of Mourinho to expect the pair to perform their basic defensive duties while offering some quality and composure with their distribution. It was also not unreasonable of the manager to presume that Marouane Fellaini and Ander Herrera would provide the makeshift backline with a protective screen.

Stuart Armstrong’s goal left Mourinho exasperated within 13 minutes. Nathan Redmond was allowed to wander by the wafted legs of Matic, Herrera and Fellaini before teeing up his team-mate in space on the right side of the box. Herrera failed to recover his ground, gifting Armstrong all the time he needed to line up and drill home a splendid finish into the far side-netting of David de Gea’s goal.

De Gea could do little to keep out Cedric’s free-kick seven minutes later, but the manner in which it was conceded on the edge of his own box by Rashford summed up yet another catastrophic start by United.

Once again, only when the players were embarrassed into some dynamism did they begin to take a meaningful part in the game. Rashford continues to search for his form but at least his effort cannot be questioned and his drive played a major role in goals for Romelu Lukaku and Herrera.

"We lost so many balls in midfield."

"Simplicity is genius, and they keep going to complicated football."

Jose Mourinho is frustrated with his side wasting possession in the middle, but praises the 'respect' shown for the shirt in their comeback.

This formation may not be Mourinho’s preferred shape but at least it deprives Rashford, Paul Pogba and Romelu Lukaku of any excuses they might offer for their continued struggles. Pogba got the inside left role that he supposedly thrives in, while the two strikers could lend each other a hand, rather than one starting from the touchline.

So it would be interesting to hear what mitigation Pogba and Lukaku have for their performances at St Mary’s. The Belgium striker at least ended his goal drought with a tidy finish to halve United’s deficit but his general play outside the box remained as clumsy as it has been of late, almost to the point of hilarity.

Unlike Lukaku and in contrast to the disappointing draw of last weekend, Pogba saw out the 90 minutes. Was that because Mourinho felt he was a threat for United, or was the manager simply offering Pogba more rope with which to tie his own noose? The evidence of his performance and what we know of their relationship makes it more likely to be the latter.

For the umpteenth time this season, during the first half, we saw Pogba in microcosm. While slipping under a ball drifting over his head, the World Cup winner still managed to kill it dead despite being on one knee. Of course, the sublime was swiftly followed by the ridiculous when Pogba, in typical fashion, took too many touches and gave possession back to Saints who had seemingly grown bored of his impromptu drag-back show.

Pogba lost possession 25 times at St Mary’s. That is only two occasions fewer than his shambolic performance at Brighton when he admitted that his attitude was a problem. All the signs suggest that remains the case.

But Pogba is not alone. Mourinho has called out these players in the last week, in considered fashion for their “lack of intensity and desire” against Palace, and in a rather more reactionary manner during their struggles against Young Boys on Tuesday. Certainly in the short term, there is nothing left for Mourinho to try with this squad. The more things he changes, the more everything stays the same.