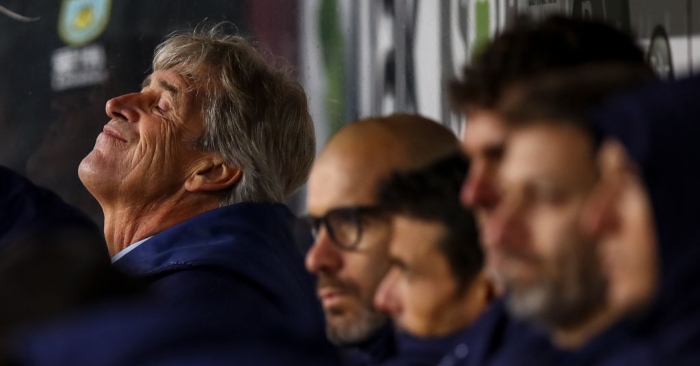 “Speedy recovery Lukasz’ was the final line on the tweet from David Gold and never has a mundane sentiment been so poignant in hindsight. For Lukasz Fabianski’s replacement Roberto could well cost Manuel Pellegrini his job and send West Ham hurtling towards a relegation battle that nobody forecast.

Of course, that is too simplistic; it’s hardly like West Ham have been excellent in all other departments, but Roberto might as well have a revolving beacon strapped to his head because his performances have demanded attention and demanded censure. They reached a new low against Burnley with a punch into his own net – and he was partially culpable for the two other goals allowed by VAR – but it is utterly ridiculous that he was playing at all, considering he had followed 4-0 Oxford defeat with nine conceded goals in less than five games as West Ham have plummeted down the table.

Roberto, ladies and gentlemen, this is a premier league keeper. #whufc #burwhu pic.twitter.com/0xjFDvYYR8

“I think that with the experience that he has I am absolutely sure that this is not the first bad moment in his career,” said Pellegrini on Thursday, delivering possibly the worst vote of confidence in history. ‘He’s been this shit before,’ convinced nobody that he was about to magically become a safe pair of hands. Though perhaps nobody was quite ready for the awfulness of Turf Moor, where Pellegrini’s decision to stick with the Spaniard looked like the kind of stubbornness that costs a man his job.

The issues with West Ham absolutely do not begin and end with Roberto, but most can be traced back to Pellegrini, with West Ham fans confused about the absences of Angelo Ogbonna and Arthur Masuaku, while Sebastien Haller looks more isolated than post-Brexit Britain as every combination in attacking midfield – and the Chilean has tried quite a few – fails to truly help the Frenchman. At Burnley on Saturday, the first 45 woeful minutes brought not a single shot from West Ham. And this is not a good Burnley side.

There is little semblance of a plan and very little indication that Pellegrini knows how to form one; the more he shakes his head and says he doesn’t understand why things are going quite so badly, the more you want to point out that he is the man who really should know. He talks about improving defending from set-pieces but then the defending from set-pieces continues to be terrible. He talks about getting players closer to Haller but then we watch the poor sod chasing into the channels in the vain hope that he might touch the ball.

West Ham will act – whether it is now or after potentially riot-inducing clashes with Tottenham and Chelsea – and probably lurch towards a more pragmatic manager who can solve those set-piece problems, because that is the tried, tested and failed pattern of such clubs. Pellegrini? He will walk away with a sizeable pay-off, having been the sixth manager in a decade to walk out of West Ham wondering where it all went so wrong.