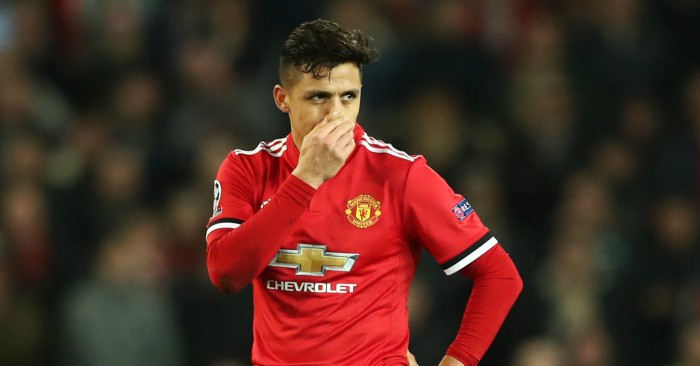 “Sanchez looks a shadow of the player he was, he looks a stranger in this team. In some ways, I feel sorry for him,” said Rio Ferdinand, his face etched with the kind of distress that only an absolutely ludicrous defeat for his beloved Manchester United can prompt. But Ferdinand and his sympathy are in a gang of one; everybody else is either laughing or crying. Right now, this transfer – compared to the purchase of Eric Cantona by some giddy fans and giddier journalists – can be cast as nothing short of disaster.

Whether Sanchez lost the ball 20 times, 42 times or 83 times on Tuesday night against Sevilla is immaterial; our eyes told us that this is a man struggling. There were rare, tantalising glimpses of the Alexis Sanchez whose arrival at Manchester United prompted thousands of excited memes – and statistics will tell you that he created five chances for his teammates – but largely, this was another utterly awful performance, punctuated by passes into the crowd, runs into blind alleys and almost no awareness of the movement of his teammates.

Jose Mourinho has to take the Man vs Food sized portion of blame for this defeat (he f***ed it, basically), and the choice of Sanchez on his ‘favoured’ left side is up there with the baffling selection of Marouane Fellaini for his first start since November. Having watched Manchester United produce their most complete performance of the season against elite competition on Saturday, an over-thinking Mourinho changed almost everything that worked on Tuesday. And Sanchez was central – or not – to those changes and thus to United’s embarrassingly toothless performance.

Sanchez had been quietly industrious against Liverpool in a central area on Saturday, winning over some of his detractors with his endeavour if not his creativity, while Marcus Rashford did untold damage to Liverpool from the left. So of course Mourinho moved them both to accommodate the energy and pace of Jesse Lingard. This is not hindsight; that decision looked as ridiculous at 7.45 as it did at 9.45. He had other, eminently more sensible options – to bring in Lingard on the right for Juan Mata, or to have him directly replace Sanchez in the middle – but Mourinho chose the option that would please Sanchez and Lingard but leave United with absolutely no width. See below for an illustration of how not to play against a vulnerable defence with full-backs who lack pace.

United’s average touch match against Sevilla is damning. Were the front four ignoring Mourinho, or did he not tell to them to hold their positions? You could throw a blanket over them! So easy to defend against
via @TimesSport pic.twitter.com/9OGypzQC3a

Time and again, there was space out on the left and time and again it was wasted because Sanchez was occupying a few inches of a congested area in the middle. There was no shortage of haring around, no shortage of desire, but there was a massive shortage of quality and discipline. After years of doing pretty much what he damned well pleased at Arsenal, the same approach is absolutely not working at Manchester United.

Six Premier League games have brought one goal and no assists. And now two Champions League games have brought no goals, no assists and one embarrassing exit. And in ten games in all competitions, Sanchez has lost the ball a massive 247 times. And that’s according to Sky Sports – via Opta – rather than a spoof Twitter account. For comparison, his ‘competitors’ in that particular league lag behind on 143 (Ashley Young), 126 (Romelu Lukaku) and 109 (Antonio Valencia). He has been a liability and yet he plays on.

You can almost feel sorry for him. But then you remember that he turned down the chance to join Manchester City, a manager who specialises in improving attacking footballers and the chance of a Premier League and Champions League double, for the chance to earn a bit more money. Sympathy? There is none.