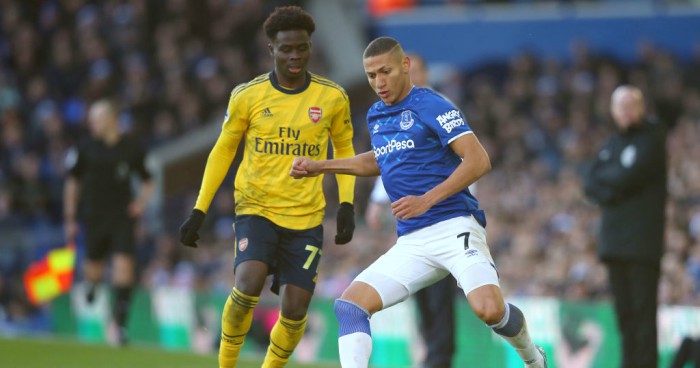 “Saka and Nelson are the Arsenal players over the free-kick,” said BT commentator Darren Fletcher, and never before have ten words so succinctly summed up the lack of quality in a football match. Error-strewn, one-paced and almost entirely devoid of incident; this looked like a game at the end of the hectic festive period. ‘Poor’ would be an understatement. Dire would do it a disservice. After some deliberation we shall plump for ‘utter shite’.

With caretaker managers on the touchline and managers-in-waiting in the stands, we were expecting (or at least hoping) that at least two or three of the 22 footballers on the pitch would see this as an opportunity to galvanise their place in the starting XI, to produce something memorable that would leave Mikel Arteta and Carlo Ancelotti etching a little asterisk next to their name. But instead it created a fear that left everybody so terrified of making a mistake and blotting their copybook that they generally opted to do nothing at all.

Time and time again, balls bounced off shins and out of play. Time and time again, attempted crosses flew into stands. We really should have forecast this level of ineptitude when Lucas Digne twice hit the first man with pathetically low corners. This was a rotten game between two rotting corpses of football teams; Arteta and Ancelotti will first need to administer the kiss of life before they start talking about tactics and philosophies.

It would take 51 minutes for the game to produce its first shot on target for Pierre-Emerick Aubameyang, part of a static front three during a drifting, aimless first half. The second would come just a minute later when Emile Smith Rowe displayed all the coyness of youth as he opted out of his own better-placed shot to cede the chance to Aubameyang. And that would pretty much be the end of the that, with Arsenal not helped by Freddie Ljungberg’s insistence on leaving Nicolas Pepe on the bench and refusal to pair his two natural goalscorers for even a minute.

“Both teams struggled in terms of quality,” said Duncan Ferguson with the smile of a man who places no great value on such things. He was more than happy to talk about effort – and of that there was plenty – and Ljungberg sang a similar tune, talking about that elusive quality of ‘spirit’ that thrills managers but leaves the viewer yearning for just about anything else. By the hour mark we would have embraced the entertainment value of a stray cat on the pitch.

The good news for the incoming managers is that there is much to improve. The basics of passing and receiving the ball would be an excellent place to start, with shooting practise to follow in the afternoon. For the rest of us, the usual questions about what we could have actually done with those two hours, for we will never get them back.