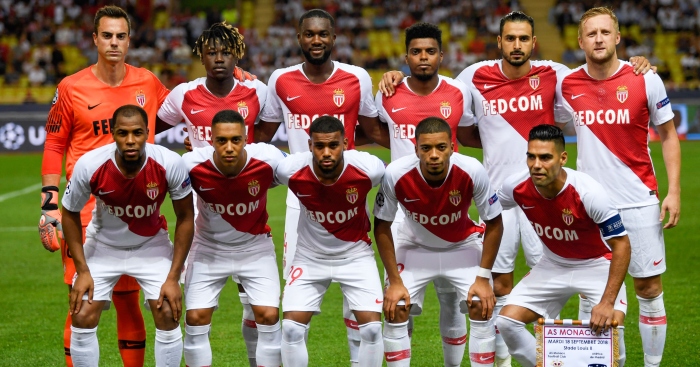 Seventeen months separate Monaco’s last Champions League victory and their ninth attempt at ending that dismal run; only three players have survived from the team that beat Dortmund to become the unlikeliest of Champions League semi-finalists. As Monaco coach Leonardo Jardim spoke dolefully of his side lacking both maturity and experience after they squandered a one-goal lead against Atletico, it was impossible not to feel some sympathy.

Of the five midfielders Jardim fielded against Atletico, only one (Nacer Chadli) was over the age of 24. And only one (Youri Tielemans) had played more than a handful of minutes in the Champions League. That Atletico started the game with £63m ex-Monaco man Thomas Lemar on the bench seemed a particularly cruel taunt from Diego Simeone. They took him and they didn’t even really need him.

“Leonardo Jardim is a smart guy who has been building with the club for a long time. He always has to rebuild the team after a lot of player sales and he knows how to stay competitive, which says a lot about him,” said Simeone, before Tuesday night’s clash. After the match, he was still talking about competitiveness, but his wily side came away with all three points after Champions League experience beat youthful exuberance. It was apt that the winning goal came from a set-piece, leaving a frustrated Jardim talking about “small margins”.

He tried to make changes from the bench but two of his three substitutes were teenagers while Simeone had the luxury of bringing on Lemar. Monaco are playing by different rules.

It feels like this might be a rebuild too far for Jardim, who must be exhausted in his fifth season of making and then selling brilliant footballers. Little over a year since winning Ligue Un and reaching the semi-finals of the Champions League, it’s hard to argue that Monaco deserve more than their current domestic travails and a European campaign that looks destined to turn into a battle with Brugge for a Europa League spot. We may never find out if they have unearthed another Kylian Mbappe because their young players will not be afforded the same stage.

Frankly, it was a minor miracle that an asset-stripped Monaco found themselves in the Champions League this season after a stuttering campaign in which they were dragged into second place by the brilliance of Falcao and Rony Lopes, who missed Tuesday night’s game through injury. It is looking increasingly unlikely that there will be a repeat of that miracle. It might be time for the master builder to find another project.