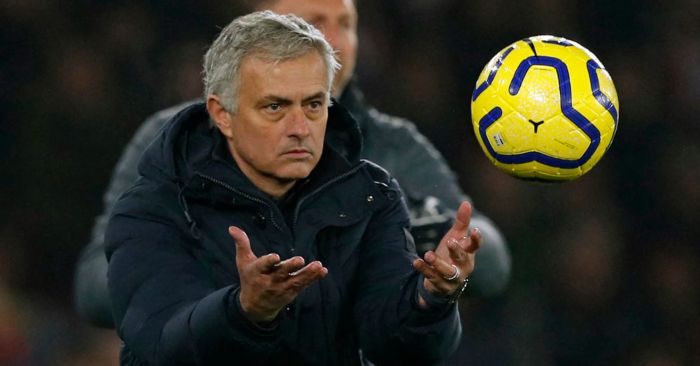 Perhaps Jose Mourinho is the idiot. “I’m relaxed because I got this club exactly as I was expecting,” he said last month. “I expect to be asked about Daniel Levy saying we don’t plan to spend a lot, and people to ask if I’m upset.

“Will that upset me?” he continued. “No. I knew it, he told me! Everything was crystal clear, no secrets in any of the club’s plans, and this makes me happy.”

The Portuguese, two years on from describing £300m as “not enough” to improve Manchester United, was then asked whether he would prefer to have that same sum available to him at Tottenham in January.

“I wouldn’t,” he insisted. “In January I don’t need players.”

It was naive at best, foolish and blindly subservient at worst. And a 1-0 defeat at Southampton, in which two players limped off with injury, will surely be enough to force a rethink.

The day started with one statistic making the rounds on social media: since Mourinho was appointed in north London, only Liverpool (24) have earned more points than Tottenham (16). Never mind Leicester (19) making a mockery of that by Wednesday evening, Saints too (17) put those numbers into stark perspective. And Manchester City, should they beat Everton at home and reach the 19-point mark.

And maybe as instructive is that Tottenham have now last as many Premier League games in that time under Mourinho as Arsenal and Everton, both of whom have had three managers with weaker squads.

Those two sides know they need to strengthen in the winter. The former cannot afford to. The latter will be reluctant to, such is the level of investment they have already made. Tottenham have to, but what does it say about Mourinho that he will rely on transfers to improve a squad he backed as title challengers in August?

Of course, there comes a point when the stock placed in Mourinho’s public messages must be reduced. His opinion is interchangeable for the situation, and always self-serving wherever possible. It was in his best interests focus on Tottenham’s youth upon his appointment; not a single academy player ended their first game of the decade, Harry Winks, Oliver Skipp and Japhet Tanganga watching from the bench as the manager opted not to use his third substitution in surrender at St Mary’s.

In one post-match breath, he then rued “the tenth injury of the season” for Tanguy Ndombele, robbing the midfielder of his “continuity” and calling it a “concern”, before nonchalantly adding that Harry Kane “plays every minute, he plays all the time, so sometimes he breaks”. Both suffered injuries but it speaks volumes that Mourinho’s frustration will be with the first player’s perceived fragility rather than the frailties of his own management.

Not that he is responsible for all of Tottenham’s issues – nor are they quite as embedded into the club as it may seem. They remain 6th but the exasperation at constantly failing to capitalise on slips from Chelsea, Manchester United, Wolves and Sheffield United is apparent.

Daniel Levy should take the flak. He has become Ed Woodward with leather gloves and a more established reputation: a businessman in charge of football decisions, making increasingly more baffling choices. Both have particular skill sets at which they are brilliant. For neither does that include improving a squad. Quite how both are in a position where they are dictating transfers at clubs with elite aspirations is mind-boggling.

January will therefore be intriguing. Levy described Mourinho as “a great tactician” who “can inspire teams” when unveiling him in November, but must now surely see that both he and Pochettino – two of the world’s great managers – have failed to engender a positive change in terms of performances or attitude. Results have improved but these players are as lacking in direction and fight as ever. New faces are needed.

Was Mourinho bluffing when he distanced Tottenham from the speculation? Have he and Levy already agreed not to invest heavily? Does a couple of injuries in a demoralising defeat change that? And if the prospect of a season outside of the Champions League and without its many riches does not compel them to reconsider that stance, is their transformation from football club to business firmly solidified?

Mourinho will be the lightning rod but Levy deserves the storm. He allowed Pochettino to scratch his back for years before tying his hands together, blindfolding him and complaining when Tottenham became directionless. Mourinho really would be an idiot if he genuinely thought the leopard had changed his spots.