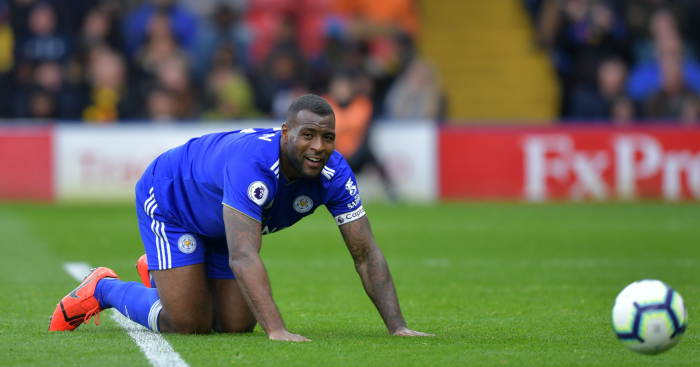 “That’s a team that won the league three years ago, and the following year they’re fighting relegation near enough,” seethed Graeme Souness. “What does that say about that group of players? It means that none of them held the mirrors up and said, ‘Could I do more?’

“They were looking for someone to blame.”

They need not look too far after such a morale-sapping stoppage-time defeat to Watford. The Leicester revolution under Brendan Rodgers has already suffered its first setback.

Rodgers might be used to this. He has now failed to win his first league match in charge of each of his five English clubs. But it took him 67 games to taste a first domestic defeat at Celtic. How they will delight in the ‘fraud’ being outed so soon.

Leicester are not so familiar with tripping over as they take the first step of a new journey. Souness’s pre-match diatribe against player power at the King Power referred to those who “have an influence when things are not going well”, but that is a stage that usually takes time to reach. The club’s last six managers, either permanent or caretaker, won their first game, and all benefited from not being their predecessor.

That Andre Gray’s last-gasp goal has snapped that run suggests the Foxes can no longer rely on the new-manager bounce that has served them so well previously. This is a squad that needs to remember how to perform and win with and because of their leader, not in spite of him.

Rodgers will learn tough lessons in the coming weeks, too. First, that Wes Morgan should only be a last resort. A switch to a three-man central defence saw the Jamaican return for the first time in five games, and he looked painfully short of the level required. Troy Deeney and Gerard Deulofeu bullied him.

Leicester have kept just five clean sheets in his last 24 Premier League starts. This is neither the time for charity nor nostalgia: the 35-year-old title-winner is simply not of the requisite standard any longer.

The miss in the 90th minute from James Maddison’s cross at 1-1 was forgivable. Morgan is there to prevent goals at one end, so scoring them at the other is an added bonus. But his inability to sense the danger two minutes later as Deeney lofted the ball over his head was symptomatic of a player in rapid decline. He could only watch as Andre Gray fired past Kasper Schmeichel to make it 2-1.

This is not even a case of a sharp mind being betrayed by the limits of the human body. Morgan was as painfully slow to react as he was to try and chase back and put out a fire that had already been raging for hours. It was sad but predictable to see him beating the ground in helpless frustration.

Leicester’s goalkeeper was far from blameless. It was his wayward kick that failed to even clear the halfway line that led to Watford’s winner. Within ten seconds of the ball leaving his foot, the Foxes were headed for a 14th league defeat of the season – as many as Southampton in 17th.

Feels like I've gone back in time here. Morgan, early goal, Schmeichel, slow starts, shooting ourselves in foot etc etc. We're a funny old side. I wouldn't take it to heart. Rodgers will sort it #lcfc

His father might have made a rod for his own son’s back. “Of course he wants to move away and try something bigger and challenge himself like any other football player,” Peter said of Kasper last month. But while the 32-year-old considers his future, his current club need him at his best. He has been far from that level for some time.

It did not take too much reading between the lines to infer that Souness was discussing one particular member of Leicester’s “group of players” pre-match. But at least Jamie Vardy kept his end of the bargain. His second-half equaliser was a fine finish from a player as peripheral as he is fundamental.

For all his faults, the 32-year-old is known to repay the faith shown in him by a new manager. He has scored Leicester’s first goal under each of their last four bosses. But his fellow leaders of an oft-criticised dressing room failed to follow suit.

Rodgers’ first starting line-up contained just three members of Leicester’s title-winning squad. The one with the proud father and the beloved adopted son either didn’t or couldn’t accept responsibility. If skittle vodka counts as a holy spirit, Vardy is setting the example once more.