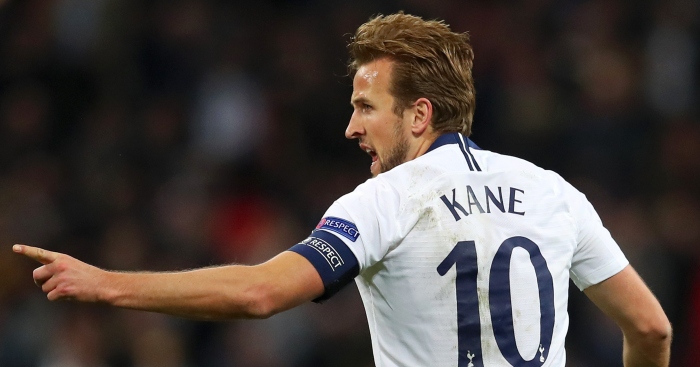 Spurs were finally able to transfer their domestic form to Europe on Tuesday, just about beating inferior opposition without looking remotely convincing.

When Mauricio Pochettino decided that his huffing-and-puffing team needed freshening up to find a way through the massed defence of a PSV side that had protected for 60 minutes a lead earned after 60 seconds, an objective appraisal of the hour’s play would have made Kane a strong contender to be replaced. Dele Alli, Lucas Moura and Christian Eriksen had all caused PSV more trouble.

Yet the idea would surely never have entered Pochettino’s head. Kane has spent the last six months now demonstrating that even at 60 per cent he remains one of the sport’s most potent threats.

Instead, Pochettino opted to put Fernando Llorente alongside Kane. It was Llorente’s knockdown that created the equaliser, the Spaniard playing Crouch to Kane’s van der Vaart in a touching tribute to Spurs’ memorable 2010/11 Champions League hijinks.

Kane being Kane, he then squeezed a double-deflection header inside the post with 89 minutes on the clock. Because of course he did. Having dropped five points in the closing stages in Milan and Eindhoven, Spurs managed to slightly redress the balance.

Massive massive goal at Wembley… no surprise who it is! @HKane 🙌🏻⚽️ #UCL

Let’s not pretend this win makes everything okay. Kane’s late intervention secured only the bare minimum Spurs needed from the night, and qualification still relies on a credulity-stretching series of results in the final two rounds of matches.

But it has ended a five-match winless run in the competition and avoided the embarrassment of a confirmed exit with two matches still to play. With humiliation now averted, Spurs can at least throw themselves into the last two games with little to fear and nothing to lose.

For Kane, though, it extends a remarkable record in Europe’s premier competition. Only Lionel Messi and Edin Dzeko have scored more than his four goals in this year’s competition despite the struggles of his side, and his overall record now stands at 13 goals in 14 games, a goal every 87 minutes; it’s a record unmatched by any player with 10 or more Champions League goals.

It has been a curious time for Kane. After a Golden Boot-winning World Cup that probably slightly lowered his reputation as all but a nerveless and precise penalty-taker, came a goalless performance against Spain that significantly enhanced it.

And he now has 10 goals in 15 Premier League and Champions League games this season, including the winning strikes in Tottenham’s last two games.