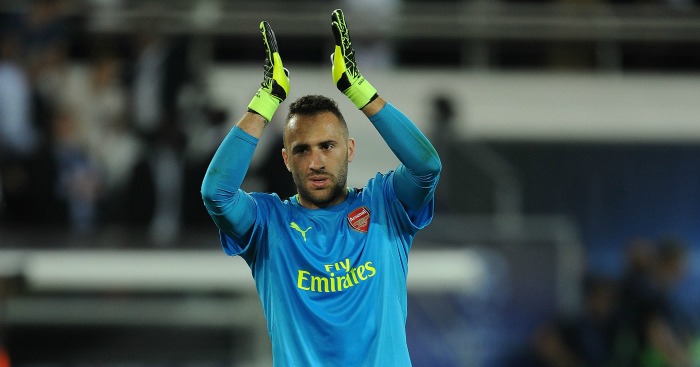 “The change has been made but to be fair to Ospina he was good all night,” Charlie Nicholas said after the game on Sky Sports. “It’s just strange. I don’t see why you take the risk. It’s the hardest game they face in their first game of the competition.”

Wenger might point out that it was him who selected the man of the match in the Parc de Princes, but nobody is really listening. Most of the post-game coverage afforded to Wenger concerned his controversial midfield selection. That went less well.

Plenty of the reaction to Matt Stead’s piece from Tuesday night was from Arsenal supporters preaching any variation on the ‘Yeah, but we drew’ theme, and that’s true. Yet not only does that response place a facade over Paris Saint-Germain’s dominance, it also undermines Ospina’s brilliance. Without him (and Edinson Cavani’s wayward finishing), Arsenal would have lost by three or four goals. Then Wenger really would have had a mutiny on his hands.

Ospina received criticism for his Champions League performances last season, when he made crucial errors against both Dinamo Zagreb and Olympiakos, but deserves credit for this response. Three times he thwarted Angel di Maria and Cavani, and was at his anticipative best to thwart danger by coming off his line.

It’s an interesting point, actually. Ospina is not as talented as Cech, but Wenger must offset the advantage of having Cech in goal versus keeping his No. 2 happy. There are few better back-up goalkeepers in the Premier League, but that comes with its own headaches.

“This was a good match to show what I can do,” Ospina said post-match. “For me, I need to work hard and be ready for every chance when I get to play.”

The hard work may well have paid off, for the hint from Wenger was pretty easy to spot. Just like with Claudio Bravo (or, as now, Jasper Cillessen) and Marc-Andre ter Stegen, Arsenal now have a Premier League goalkeeper and a cup competition goalkeeper.

If Arsenal go as deep into the Champions League as Wenger believes is possible, Ospina will get plenty more chances to impress. This European campaign has already gone far better than last year’s.