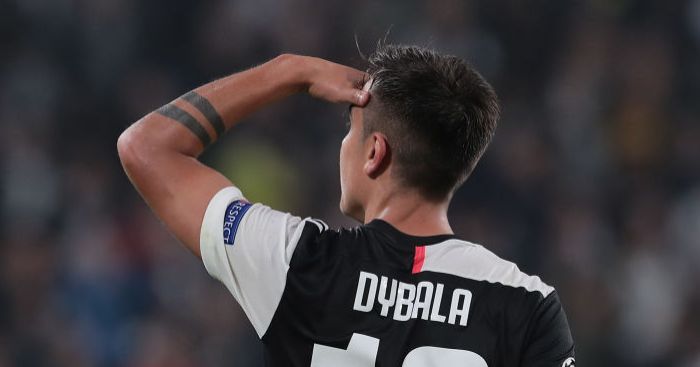 Only once this decade had Juventus lost a Champions League group stage game at home. Whether defeat to Lokomotiv Moscow on Tuesday would have been as damning and as damaging as that reverse against Manchester United last November is subjective. Paulo Dybala’s renewed importance to the cause is anything but.

For an insight into life as a uniquely gifted footballer under the management of Maurizio Sarri, consider the recent claim that he considered dropping Eden Hazard at Chelsea as he had ‘grown exasperated’ by his individuality ‘undermining the collective effort’. But for an idea of how Sarri might have a point and a way of extracting the absolute best from such a player, just watch any of the Belgian’s 505 underwhelming minutes for Real Madrid this campaign. His assist against Galatasaray was only his second of the season; he has scored once since his move.

The challenge is to prove you are worth the time and effort for Sarri to bend his unyielding methods to your will. In a squad that already contains Cristiano Ronaldo and pet project Gonzalo Higuain, that is far easier said than done. The former is so all-encompassing, such a dominant force, that his gravitational pull means he must be the constant centre of attention and intention. Mario Mandzukic, Marko Pjaca, Douglas Costa, Federico Bernadeschi, Dybala and their combined 975 minutes this season are proof of the consequences. Giving Ronaldo, with 900 minutes alone, a fixed seat at the top table requires others to feed off scraps.

The pressure that applies when an opportunity finally presents itself is immense. Every touch is scrutinised, every pass inspected, every shot carefully examined. Each and every decision made is analysed, dissected and compared to those you are in constant direct competition with. It is physically draining; it is mentally exhausting.

It is why Dybala claimed after the game that he “needed” this kind of display.

He stepped up when even Ronaldo forgot his lines – the 34-year-old hit the target with less than half of his eight shots – improvising in the glare of the spotlight when it seemed as though his latest chance had been wasted.

His first goal was sensational, a premium blend of touch and finish worthy of parity, even if Juve’s overall performance perhaps was not. His second was an example of the sort of opportunism and awareness he will need to convince Sarri of his merits; his substitution two minutes later suggests that is a battle far from won.

There is not a great deal more the 25-year-old can do. He has scored or assisted at least one goal in four of his five starts this season. The only two games he has missed saw Juventus win 1-0 and then draw 0-0. They might not look as balanced or defensively disciplined when he plays but, as with Hazard, the threat he poses makes that sacrifice worthwhile.

Manchester United were at pains to insist they rejected Dybala in the summer for a reason. Rio Ferdinand questioned whether he had “the right minerals” without reason. Juve reportedly considered offering him to PSG in exchange for Neymar beyond all reason. Tottenham’s interest stands to reason. Dybala deserves more than to be a transfer pawn or not considered of the requisite quality by a team 14th in the Premier League.

All he can do is ensure that when Sarri lobs the ball into his court, he smashes it straight back. Helping The Old Lady navigate this crossing without being hit by a Lokomotiv is an emphatic statement.