Home Winners & Losers F365’s early winner: Gnabry, no thanks to Wenger or Pulis 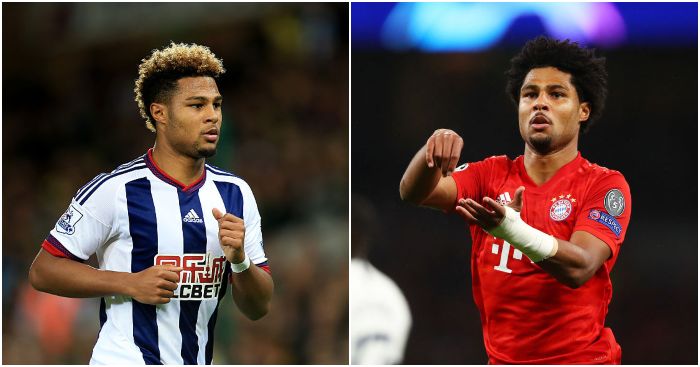 It was the sort of performance that tends to be followed by Arsene Wenger claiming he was made aware of the player when he was 14 and almost signed him for Arsenal, but that those particular planets never quite aligned. That oft-repeated message is simple but effective: this player caught the attention of one of football’s foremost promoters of youth from an early age, so was always destined to succeed.

Except Wenger did sign Serge Gnabry. He sold him, too. A £100,000 purchase from Stuttgart in 2010 became a £5million sale to Werder Bremen in 2016. And little in those six intervening years suggested Arsenal did poorly to make a profit of almost 5,000% on their initial transaction.

Gnabry started five Premier League games during his time at the Emirates Stadium and during an ill-fated loan at West Brom; he scored four Champions League goals in a single half against Tottenham on Tuesday. This was slightly more prosperous – and preposterous – than his last first-team start in north London: a 2-0 win over Fulham in January 2014 that saw him substituted after 71 minutes.

The reaction was predictable. Social media was awash with meaningless and decontextualised comparisons between a player Arsenal sold for a relative pittance and one they signed for a club-record fee three years later, interspersed with Gooners relishing their former youngster’s destruction of their greatest rivals, all while being told that they were foolish for doing so. It was a wonderful reminder that absolutely no-one is ever allowed to have fun.

Save for Gnabry against that defence. His first goal exposed both namesake Aurier and the static Toby Alderweireld; the key to his second was in instinctively seeking out space to capitalise upon Harry Winks’ mistake; the hat-trick was converted as Aurier and Jan Vertonghen forlornly traversed the earth scorched by his before-and-afterburners; Danny Rose’s impotent frustration at failing to prevent the fourth encapsulated the sheer mastery.

It is worth wondering how such brilliance was never given the appropriate stage in England until long after he left. Gnabry’s first real chance came in Arsenal’s 2013/14 season, when he started against Stoke and scored at Swansea in the space of one September week. That breakthrough was followed by a new contract in October, but just seven Premier League appearances before a long-term knee injury sidelined him in April.

“We are looking at a guy who has good individual talent, he can pass people, is a good finisher, and has a very good football brain with good vision. He has great pace, he is two-footed, he can finish with his right and left. He has a lot in the locker,” was Wenger’s assessment by January. At the time of those comments, Gnabry had been an unused substitute for three successive Premier League games, and had not started for 12, yet the manager was “not afraid” by someone who “has convinced many people that he at least deserves another chance”.

“When I played him he has always had an impact on the game,” Wenger added, seemingly unaware that the issue was grounded in the former point rather than the latter; Nicklas Bendtner started as many Premier League games in 2013/14.

But that injury really did stunt his development. When the teenager returned in October 2014, he was consigned only to reserve games. His time had passed. Arsenal, now blessed with Alexis Sanchez, had moved on. A loan with West Brom came in August 2015 and went with his recall after one appearance in January 2016. By May, he was sold.

“As a manager you pick a team that’s going to win a game of football,” he continued, and therein lay Gnabry’s ironic issue: he wasn’t playing precisely because he hadn’t been playing. Pulis didn’t give him a chance because, post-injury, Wenger hadn’t either. The buck was passed, the cliches about the difficult transition to Premier League football were uttered, and only the player really suffered.

It was only when Werder broke the cycle, signed him as a first-team regular and provided opportunities and a necessary platform that Gnabry flourished, with Bayern – and Germany – soon taking notice. They saw a low-risk, high-reward situation and capitalised. The relationship was mutually beneficial; in England, it was a love never fully requited by the clubs.

Make no mistake: Werder and Bayern signed the exact same talent that Arsenal and West Brom wasted and they would have discarded him just as easily if he failed. But they earned hindsight’s positive afterglow. They made it their duty to help Gnabry help them instead of expecting someone else to put in the hard yards first.