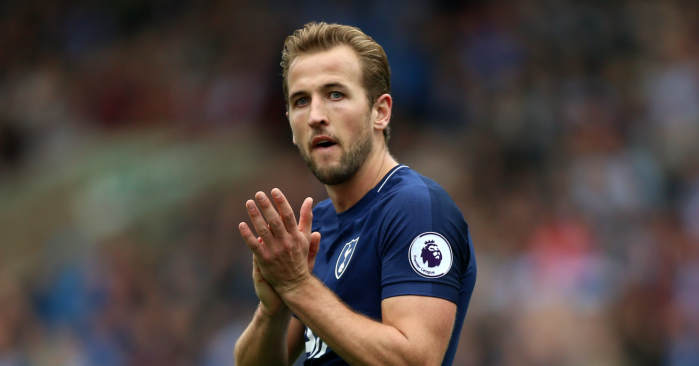 There is Sergio Aguero, but his goalscoring record is far worse and his injury record slightly suspect. There is Luis Suarez, but he has scored twice for Barcelona this season and is 30. There is Robert Lewandowski, but Bayern Munich are stronger domestically than Tottenham, which bears consideration. There is Pierre-Emerick Aubameyang, but he is now 28. There is Edinson Cavani. There is Romelu Lukaku. There is Cristiano Ronaldo.

And then there is Harry Kane. By any measure, the Premier League, England and Tottenham have the most in-form centre forward in the world. We have covered Kane’s ridiculous statistics before, but you could produce a monthly edition of that feature and barely have to repeat a line such is his current magnificence.

Huddersfield Town did not make life difficult for Mauricio Pochettino. The John Smiths Stadium may have welcomed the first truly elite Premier League team and the arrival of autumn with a cacophony of West Yorkshire noise, but it failed to hold back the tide for long. It’s all very well pressing high up the pitch to try and turn over possession, but not when it leaves a huge space behind a high defensive line that Christian Eriksen can play ball into at will.

David Wagner may concede that his tactics were naive, but might also shrug and point out that Tottenham are a great deal better than Huddersfield. These are not the days on which Town’s Premier League safety will be decided.

There are few better managers in Europe at identifying and exposing tactical weaknesses than Pochettino. If Eriksen could exploit the vast swathes of green in front of Jonas Lössl, Kane could make hay in them. His first goal was swept home with his right foot and his second curled home with his left. There was time in between for Tottenham to score the type of team goal that reawakens bleary eyes when watching on Match of the Day. Ben Davies was the eventual scorer; perhaps Danny Rose could Google it and have a watch from home.

These are crucial victories in any successful season, however simple. Four days after a trip to Cyprus, Tottenham effectively declared at half-time. Gone was the intensity, gone was the high-intensity press and gone too was the desperate desire to score goals. Spurs face Liverpool, West Ham, Manchester United and Real Madrid twice before the first day of November is out. Rest is the elixir of life at the top of the Premier League table.

Yet enough of the team for now, and back to the individual. Thirteen away goals in his last six league games. Two or more in a league game nine times in 2017. Thirteen goals in his last eight games for club and country. Fifty-one goals since the start of last season. These are the type of figures that Lionel Messi and Cristiano Ronaldo have normalised over the last decade, but only them. Kane in 2017 is bridging the gap between the mortal and ethereal.

The true majesty is not to be found in the numbers, despite the temptation to blind ourselves with Kane’s sweet science, but in a sensation felt by everyone watching his latest goalscoring exploit. After nine minutes, Chris Löwe failed to connect with a clearance and allowed Kane to run onto the ball, 40 yards from goal. And that was that.

Sport’s intrigue lies in its lack of script, the uncertainty over every event and match the crucial ingredient in establishing dependency. Know what’s going to happen and interest is quickly lost, or so the theory goes. Yet when Kane bore down on Lössl and Huddersfield’s goal, there was no doubt. Over the last few months, Kane has become a clear-cut chance robot. His demand to shoot from unlikely areas means that his shot conversion rate will never near perfection, but place Kane in front of goal and with ball at feet and the goalkeeper may as well stand aside and applaud. The rest of us prepare for the goal celebration.

Scripted, but hardly unintriguing. So extraordinary and unexpected is Kane’s rise that each new zenith only forces us to further assess our expectations of what he can achieve, both with Tottenham and England. The away support sang with tongues in cheeks about their “one-season wonder”, but it is the fairytale edge to this story that makes it so absorbing.

The inevitable back story of modern football is that Tottenham’s ability to match Kane’s personal achievements will be called into question. Yet for those of us contemplating and celebrating this incredible purple patch that has become purple career, such questions are a thousand miles away. Not since Ashley Cole have England had the best player in the world in his position and not since Alan Shearer in 1996 can we claim to have had the best striker. We’re running out of ways to compliment Harry Kane, but one thing is clear: the boy’s a bit special.