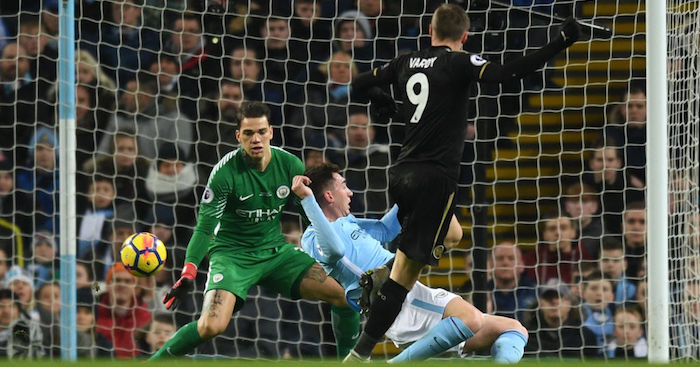 Those were the four strikers selected by Roy Hodgson for Euro 2016, and Vardy looked like the odd one out. At close to three years older than any of the other three, the Leicester City striker was not taken as a sympathy pick – from it after his wondrous 2015/16 – but this was his golden ticket to Willy Wonka’s factory. A reward for excellence, but enjoy yourself because it will only happen once. By 2018, others will have passed you in the middle lane.

More than 18 months later, Vardy has somehow improved his standing in England’s striker queue. Kane is still in his astonishing run of form that has become an astonishing career and his untouchable, but just as surprising is how Vardy has maintained his form long after the 30th birthday that was supposed to signal the beginning of the end. He is no one-season wonder either.

Sturridge has fallen out of favour with Liverpool and thus with England, and must find redemption in West Bromwich. Rashford is quickly discovering that Alexis Sanchez arriving at your club can quickly lessen your chances of starting Premier League games. Danny Welbeck is lower on the pecking order at Arsenal than ever. Jermain Defoe has suffered injury and goal drought. Five points to anyone who remembered that Tammy Abraham and Dominic Solanke were in the last senior England squad.

Meanwhile, Vardy has consistently showed off his astonishing party trick, and I’m not talking about Skittles vodka. Since August 2014, he has scored 23 goals in 43 matches against the Premier League’s ‘big six’, Arsenal, Chelsea, Liverpool, Manchester City, Manchester United and Tottenham. On Saturday, he became the first player in Premier League history to score against all of those six in the same season.

There is a part-explanation for this highly unusual record. Leicester typically sit back against the best teams and hit them on the counter. Even when Riyad Mahrez is playing the end game is still always to get it to Vardy, but without him that strategy was even more pronounced. Against City on Saturday, he was a one-man attack.

It’s also probably true that Vardy exploits complacent defences, who would normally be constantly on alert in intra-big-six fixtures. Yet it also speaks of his tenacity, will to run down every lost cause and his pure love of scoring goals.

The opportunistic finishing isn’t bad either. Of every striker to have taken 20 or more shots in the Premier League this season, Vardy has the best shot conversion rate. His is 29.6%; Kane’s is 15.3%.

Vardy suits his role in an underdog team, but the numbers are truly exceptional. Had it not been for the stoppage-time header, this would have been the fourth league game this season in which he has scored with his only shot of the match.

If Vardy is the Premier League’s ultimate big game player, they come no more important than in Russia this summer. If the argument is that the England team suffers because its component parts are not desperate enough to succeed, Vardy is the exception.

Vardy is Gareth Southgate’s perfect squad member, prepared to run down every ball and through every wall when called upon. And he will be called upon; how could he not be?