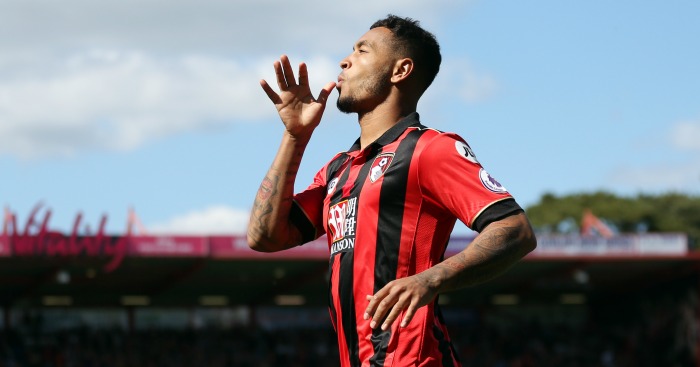 Bournemouth’s recent record in the transfer market is the handbrake applied to Eddie Howe’s accelerating reputation. Last summer alone, Jordon Ibe, Lys Mousset, Lewis Cook, Brad Smith and Marc Wilson all arrived on permanent deals for fees totalling approximately £40m; not one has been a success.

That is one of the arguments used against Howe being speculatively linked with bigger and better jobs. The accusation is that Howe’s recruitment team at Bournemouth consists of his close allies, which has led to a yes-man culture.

One swallow might not make a summer, but Howe can point to at least one of his signings over the last two years and make a case for his own defence. Josh King’s goal against Middlesbrough was his 11th league goal of 2017. Only Harry Kane and Romelu Lukaku can boast more.

More interesting still is the comparison between King and Jermain Defoe, whose goalscoring record has been regularly championed this season. Saturday’s goal brought King level with Defoe on 14 for the season. Take out penalties, and King leads Defoe by 12 to nine.

If the argument is that Defoe is playing in a wretched Sunderland team and therefore starved of service, the statistics hardly stand up. King’s 14 league goals have come from 55 shots, including those blocked; Defoe’s have come from 80.

This is not intended as a slur on a 34-year-old striker enjoying an Indian summer, more an indication of just how much King has improved. Having been brought to England in 2009 by Sir Alex Ferguson, King failed to make the grade at Manchester United and also struggled to make an impact on loan at Preston, Hull City, Blackburn Rovers and, slightly bizarrely, Borussia Monchengladbach.

There is no great shame in any of those failures, but there were very few glimpses of this goalscoring streak during two-and-half years at Ewood Park having made his initial loan move permanent. King scored five goals in over 3,500 Championship minutes at Blackburn, generally used as a wide midfielder. Towards the end of his time in Lancashire, King was barely used at all.

Yet Howe saw potential in the Norwegian, paying just £1m for him in May 2015. “When I first started to work with him, I believed he could be anything he wanted to be,” Howe said. “He has everything that he needs to be a top-level player. I still feel the same way. It’s just a case of trying to work with him every day to get those improvements in his game that we feel he needs.”

If Howe’s speciality is in improving players rather than purchasing them, King is the perfect poster boy for that talent. He remains a versatile attacking midfielder, starting four Premier League games on the right and 13 behind the centre forward this season, but has been converted into a second striker by his manager.

“I’m enjoying playing higher up the pitch as a two-man pair alongside Benik Afobe,” King told BBC Radio Solent in March. With Callum Wilson injured again after suffering the same fate in 2015/16, Howe needed one of his Bournemouth squad to step up in front of goal, counteracting the flaws of a porous defence. Both Afobe and King scored against Middlesbrough to confirm Bournemouth’s third consecutive Premier League campaign.

The inevitable – if slightly gloomy – result of King’s form will likely be witnessed this summer, when his name is linked with teams higher up the Premier League. If that worries or annoys Bournemouth supporters, it shouldn’t. Thirty miles up the A31 are another Premier League club who have been successful by buying low and selling high.

Say it quietly at Dean Court, but Southampton are the blueprint for Bournemouth. If Howe can unearth more gems like King and fewer expensive mistakes like Mousset, those big jobs might become reality rather than far-fetched fancy.