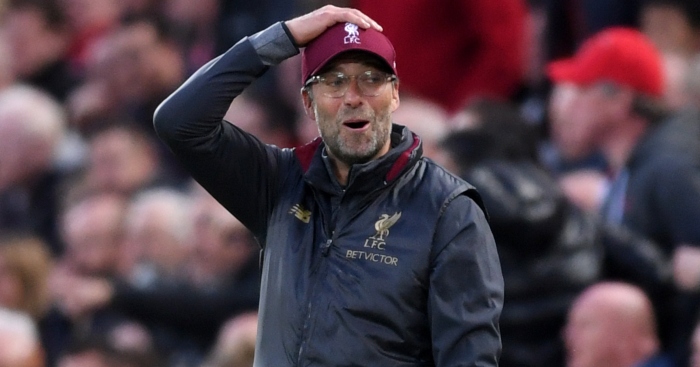 One of the most horrifying yet interesting parts of ageing is reflecting on how your own tastes have changed over the years. That rock club you used to go to when you were 17 suddenly seems profoundly uncool; that cider you used to drink from plastic bottles when you were a penniless 20-year-old strikes you as unthinkably uncouth; and you would find a distressingly large number of the bands you used to like to be unlistenable dirge.

Getting older is full of these kinds of betrayals of your former self, who would no doubt be disappointed at how you now value competence over excitement and comfort over adventure – but your wiser, older, current self is happy to laugh at that impetuous inner voice, knowing you can’t go back yet realising you wouldn’t really want to.

I wonder if Jurgen Klopp is beginning to feel that way about the heavy metal football he used to prefer to Arsene Wenger’s orchestra. This is a very different Liverpool to the one we saw last season, a side that attacked at every opportunity even if it left their defence badly exposed; a side that didn’t so much throw caution to the wind as hurl it forcibly into a jet engine. What could be more heavy metal than that?

This was, perhaps, borne out of necessity, rather than implemented as part of a philosophy. With the phalanx of questionable defenders and goalkeepers at Klopp’s disposal last season, hitting the “all-out attack” button was his side’s best chance of emerging with the three points.

Not so anymore. This season’s Liverpool, playing in a much more sensible new 4-2-3-1, are a little more cautious, a little more reserved, their System Of A Down t-shirts replaced with slightly smarter button-downs, drinking £8 bottles of red wine instead of £1.99 Strongbow: still fundamentally the same, but a little more sophisticated.

Liverpool have taken 13% fewer shots per game in the Premier League this season (14.5) than they managed last year (16.8), with their goals per game accordingly dropping by 10% (from 2.2 goals per game to 2). Against Watford, they managed just ten shots on goal: the third time in 13 Premier League games they have failed to get past 11 shots in a game, compared with just five times in 38 last season. Last year Liverpool had at least 20 attempts on goal in 12 of their 38 games; so far this season they’ve managed that just twice in 13.

Yet those statistics will hardly give Klopp any sleepless nights. That they were still able to beat Watford 3-0 with 10 men despite a paucity of strikes on goal is indicative of a wider trend for Liverpool this year. Their points per game total is up an incredible 29% on last season: from 1.97 to 2.54. They remain undefeated in the league having already played all of the other sides that currently make up the top five.

They have unquestionably been much less exciting, of course, and at times have looked largely unconvincing. The first half against Watford was reminiscent of similarly listless showings against Fulham, Hudderfield and Leicester.

Notably, though, all of those games ended in comfortable victories for the Reds, because it turns out that when you’re conceding just 0.38 goals per game, you don’t need to turn up the volume quite so much at the other end. Perhaps Klopp is learning to prefer the symphony after all.