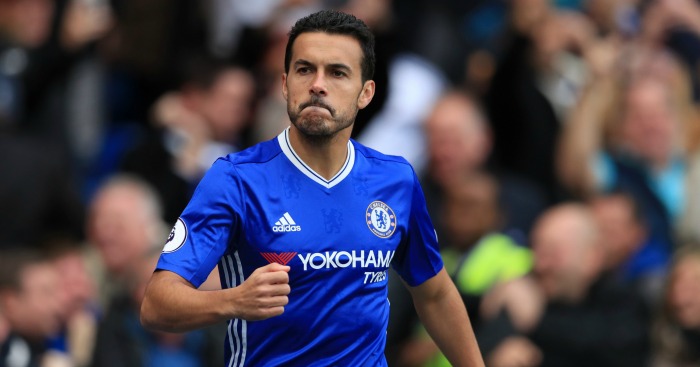 There were plenty of candidates for the award of Chelsea’s biggest under-performer in 2015/16, but the biggest insult to Pedro was that plenty of non-Chelsea supporters entirely forgot his existence over the course of this summer. The Spanish forward was actually Chelsea’s second-top scorer in the league last season, but looked a shell of his Barcelona self. A forward that Manchester United had fought to sign was viewed at Old Trafford as a dodged bullet.

The assumption was that Pedro’s best-case scenario under Antonio Conte was as back-up wide forward. Willian was one of the few left unscathed by last season’s shambles, while Eden Hazard was never likely to be dropped. The worst-case scenario was a move back to La Liga, leaving the Premier League as a relative failure.

There was to be no summer exit, but the first two months of the season brought only one league start, against Watford at Vicarage Road in August. Finally given a chance against Leicester City in October, Pedro has taken his opportunity emphatically. Eden Hazard and Diego Costa will deservedly be the focus of the fans’ affections, but the third member of Chelsea’s front three has been just as good over the last three weeks.

Even by his recent standards, Pedro’s display against Everton was exceptional. He scored his second goal of the season and provided two assists for the first time in a Premier League game. Last season he registered two in total.

No player created more chances and only one (Costa) had more shots. More surprisingly, only Marcos Alonso and Nemanja Matic made more tackles, despite Pedro being substituted after 71 minutes. That early withdrawal suggests that Conte is keen to keep his player fresh.

The effect of Chelsea’s new formation on Hazard has been lauded, but Pedro too is reaping the benefits. He too is able to drift centrally from his position on the right, allowing Victor Moses to overlap at will. While Hazard offers a greater dribbling threat which complements the more defensive Alonso, Pedro’s work ethic dovetails beautifully with Moses’ own fondness for running with ball at feet. Willian must work hard to regain his place in this team.

“It was a very good performance from Diego and Eden and, for me, it’s a pleasure to play with them, these two players are very clever,” said Pedro after the game. “The manager has been important, he’s very good, a strong guy with character and good ideas. He’s very good for the team.” Smiles all round, after the disarray of 2015/16.

Pedro’s improvement underlines what we can label the ‘Conte effect’, with every player being given a noticeable lift by his arrival. The lift provided by a new manager is well-documented in cliche, but doesn’t always ring true. At Chelsea, the class of last season that most suspected would be expelled, suspended or kept in detention are now getting straight ‘A’s.