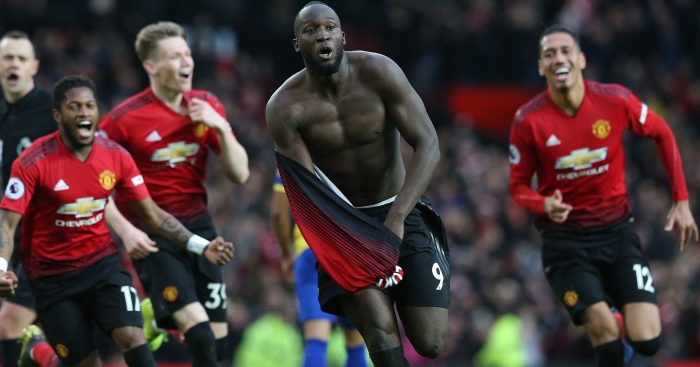 “Hopefully Alexis and Romelu can step up. It’s a chance for them to play to their potential.”

Ole Gunnar Solskjaer didn’t sound entirely convinced earlier in the week when he faced up to the prospect of Manchester United being without his first-choice front three in the wake of the draw with Liverpool. Fast-forward five days and two wins, and the manager will reflect upon one big-name striker who has grabbed his opportunity to demonstrate that he has a future at Old Trafford, and another who, yet again, failed to do so.

After braces in consecutive victories over Crystal Palace on Wednesday and against Southampton, Romelu Lukaku’s prospects appear far brighter than Alexis Sanchez’s. Lukaku this week has demonstrated the finishing prowess that had been worryingly absent of late and the tactical acumen to adapt to a range of roles in United’s forward line. In contrast, the only positive conclusion from Sanchez’s week is that at least he tried. But it appeared to be no coincidence that United quickly improved upon the Chilean’s injury-enforced withdrawal early in the second half, when Diogo Dalot’s penetration and a tweaked role for Andreas Pereira prompted the hosts to recover a half-time deficit and grab the lead themselves within seven minutes of Sanchez’s departure.

You couldn’t entirely pin the blame for Lukaku’s first-half performance on Sanchez too, but the Belgian and Marcus Rashford both struggled to fire when United’s No.7 was tasked with providing them with the bullets from a roaming role anchored on the left. Rashford reverted to the form he showed for Jose Mourinho on the flank while, through the middle, Lukaku wasted a couple of chances and balls continued to bounce off him all the while he was playing with his back to goal. When the pair were switched, both looked immediately more at home, which appears to contradict the physical qualities of each forward.

Lukaku’s bulk, which belatedly he has managed to reduce, offers the immediate impression of a target man, while Rashford’s rapier-like pace lends itself naturally to a wider role. Lukaku, though, has demonstrated that he is more comfortable when pursuing passes played through, around or over defences, rather than in front of centre-backs, which appeared to be his primary purpose under Mourinho.

His best performance for Solskjaer came on the flank in the FA Cup win at Arsenal and it was from there, after Solskjaer’s switch, that he did the damage against Southampton. His first goal, United’s second, bore an uncanny resemblance to his opener at Palace in midweek, taking the ball inside before curling a low shot inside the far post with his right foot. His second, wonderfully executed on the turn outside the box and even more beautifully timed, earned United a vital win, with his four goals this week potentially making the difference between six points and just one.

Lukaku, at times, still remains an infuriating presence in United’s build-up play. Against Palace and Saints, on both occasions, only two team-mates conceded possession more often than the striker. He dismissed as “BS” criticism of his first touch, which seemed to deteriorate in correlation with his weight gain. There is little doubt he could tighten up his control.

But Lukaku has also demonstrated sublime technique this week. His second goal at Palace showcased the type of athleticism and judgement many feel he has lacked this season, while Dimitar Berbatov was minded to suggest that one pass against Liverpool was “like watching Xavi or Iniesta”.

More importantly, the 25-year-old is back among the goals in the Premier League for the first time in almost two months. Solskjaer hoped the week would see Sanchez and Lukaku “find some form and give a selection headache for when everyone gets fit again”. The pair have indeed left the caretaker manager reaching for the paracetamol but for vastly contrasting reasons.