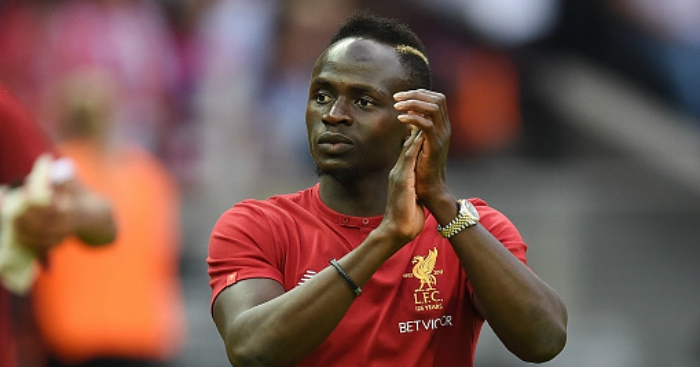 We picked a good week to write about Liverpool’s front three, then.That piece was intended as a complimentary piece to the triumvirate of pace and skill that Jurgen Klopp has created over the course of the last three transfer windows, yet inevitably contained the mention of the ‘C’ word. No Liverpool fan was thinking of Philippe Coutinho on Sunday.

If this truly is Klopp’s perfect front three, against Arsenal we saw the evidence for that claim. The fallout from Anfield will inevitably focus on the away side’s wretched performance and Arsene Wenger’s continued slide into catastrophe, but the victors deserve their share of the headlines. Arsenal were ripe for dismantling, but Liverpool took them apart with a swagger of the like we have not seen since Raheem Sterling, Daniel Sturridge and Luis Suarez.

Any one of the three could have been singled out, but it is Mane who is most deserving of effusive praise. Barcelona may be prepared to pay £130m for Coutinho, but he is not Liverpool’s best attacking player. Mane’s jump in performance level since arriving from Southampton has been sensational.

Between Eden Hazard, Riyad Mahrez and Gareth Bale, wide forwards account for four of the last seven Player of the Year awards. With full-backs increasingly judged by their attacking output, it is a fine time to be an attacker able to play wide as well as central. You can find joy in the spaces.

We will never know what Mane’s reaction was to learning that Rob Holding would play as the right-sided central defender on Sunday, but can presume it consisted of a high-pitched squeal of excitement. Holding is one of a number of defensive players crowbarred into unfamiliar positions by Wenger, and there are few better in the country and exploiting uncertainty than his direct opponent.

Liverpool’s second goal was the perfect example. Alex Oxlade-Chamberlain was caught up the pitch and showing little inclination to track back and defend, leaving Mane with ball at feet, Holding on the back foot and only the defender between attacker and goal. Mane showed Holding one way, sending him on a wild goose chase and into a non-existent challenge for the ball, before shimmying the ball to his right and curling it into the bottom corner. It was – just to make Arsenal supporters feel that little bit worse about life – Thierry Henry-esque.

Yet Mane is not simply a free-flowing attacker, but a worker too. “If you want to win, you have to defend as a team and we press high,” he said even before the start of last season. “I think that’s the key to our success and we’ll keep doing it. I’m happy with that and I try to do it.” Words that translate into sweet music to his manager’s ears. Only three players won possession more times in red on Sunday, despite him being substituted to standing ovation after 75 minutes.

If Mane was excellent last season, Mohamed Salah’s arrival has given him an extra lift. Starting from the right often forced him to the byline with the left-back showing him down the flank, but on the left Mane can cut inside and run at central defenders. There are few in Europe that would relish stopping him in full flight.

“With Sadio it was pretty simple because I made the mistake at Dortmund where I didn’t take him,” said Klopp in November 2016, evidence both of his extensive scouting and determination to right that wrong at Liverpool. In Southampton, Klopp found the club directly below Liverpool in their transfer food chain and the player he had long wanted. It’s pretty clear that both Klopp and Mane are happy to make up for lost time.