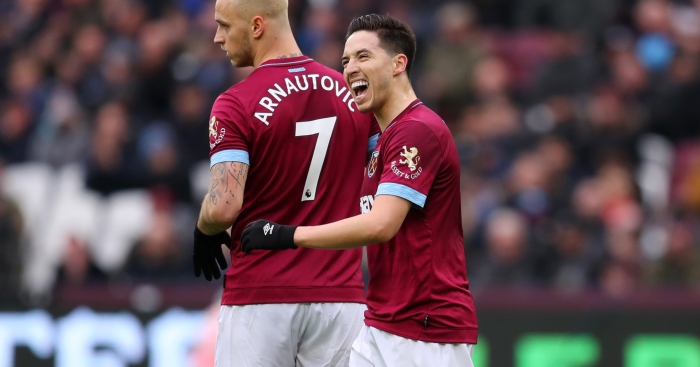 “It changed me for the better,” said Samir Nasri this week of his 18-month doping ban. “Now I see things differently. Before sometimes you don’t know how blessed you are to do this job.”

Samir Nasri certainly needed a dose of perspective when he walked into the Drip Doctors clinic in Los Angeles in December 2016. By that point, the then-29-year-old’s career had already begun a premature decline, with his France career long-since finished and few others at club level willing to give him the platform he felt his talents deserved.

The following summer, Sevilla wouldn’t pay for Nasri after a year-long loan spell during which he showed glimpses of the form that made him one of the Premier League’s hottest properties when Manchester United and City both fought to sign him from Arsenal in 2011. City won that particular battle but six years later, they could not wait to get rid, especially when Nasri showed up to meet Pep Guardiola in the last chance saloon with a waistline as bulging as his ego.

Eight appearances in five months for Antalyaspor did little to suggest that Nasri would reverse his steep descent and it was presumed by many that his suspension when meted out last February would finish the Frenchman in football. But the side-effect of that intravenous treatment and the subsequent enforced period of rest appears to have boosted his mentality while the vitamin worked on his immune system.

Nasri’s performance in his first Premier League start for West Ham certainly suggests so. The 31-year-old was trusted by Manuel Pellegrini to start against his former club, presumably with the instruction to go for as long as he can. Nasri lasted 70 minutes in the 1-0 victory, linking the Hammers’ attack in the way everyone knows he can, while also playing a key role in Pellegrini’s plan to stop Arsenal building from the back.

Nasri was at the heart of the hosts’ best opportunities. In the first half, his deft touch teed up Felipe Anderson to strike a low shot just wide of Bernd Leno’s post and a similar lay-off led to the only goal. Nasri killed Granit Xhaka’s poor clearance inside a packed penalty area before showing the necessary composure to roll a perfectly-weighted pass on to Declan Rice’s right foot. The 19-year-old bent the ball beyond Leno, who never came close to setting his feet promptly or steadily enough.

Rice’s first Premier League goal coming two days before his 20th birthday went some way to earning him the man of the match award and the biggest, cheesiest grin at full-time. Having signed a long-term contract with the Hammers, Rice showed similar commitment in harrying Arsenal’s midfielders, making one notable interception before the break when Sead Kolasinac looked to tee-up Alexander Lacazette. Mark Noble led the charge as Rice pivoted around him, with the more senior of the Hammers’ holding midfielders taking every opportunity to get a foot in against Xhaka and Matteo Guendouzi.

But Nasri was always on hand to offer an extra layer of protection when West Ham dropped off into their own half, challenging Arsenal to weave their way through the massed ranks. It was a test Unai Emery’s side flunked, with the Gunners failing to find the net for the first time since the opening day of the season. In no Premier League game this season have they mustered fewer shots on target than the two fielded by Lukasz Fabianski.

That defensive resilience was the most prominent factor in West Ham’s first home win over Arsenal in 13 years but Nasri played a key role in the hosts seizing their opportunity. Marko Arnautovic may be giving Pellegrini another attacking problem with his desire to take the money on offer in China but the early signs suggest the Hammers boss might have found a solution for his concern over their creativity for as long as Nasri applies himself in the same vein.