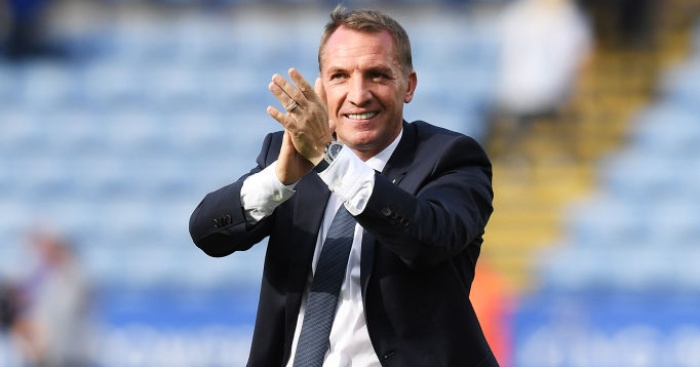 When Brendan Rodgers was appointed manager of Leicester City, some huffed and puffed about the wisdom of leaving guaranteed glory in Scotland for mid-table in England, while others relished the chance to see Rodgers’ oft-nauseating brand of self-aggrandisement and management speak return to our media, but we thought this was perfect. We wrote about Leicester offering Rodgers ‘sanctuary from himself’, from his propensity to embrace mythology with a little too much smarmy enthusiasm. We were going to see coach Rodgers again, not his caricature.

We were right. Because the version of Rodgers that has turned up at Leicester is not full of bluster and balderdash; indeed, he displayed some unexpected self-awareness this week when he admitted that he had both said and done “stupid things” during his career, hinting that his own lack of pedigree as a player had perhaps led him to try too hard as a manager, to try to be too clever. Perhaps he was thinking of the envelopes, perhaps he was thinking of his insistence that Brendan Rodgers was Brendan Rodgers’ biggest mentor, perhaps he was thinking of that giant portrait in his own house. There are myriad examples of occasions when Brendan being Brendan conspired to make you forget that Rodgers had a record for building great footballing sides.

At Leicester we have been reminded of that record, as this is a side that could genuinely gatecrash the top six. Not in a one-off fairy-tale kind of way with old-fashioned tactics, but as part of a sustained assault with a plan to play excellent football with excellent players. We said long before it became fashionable that they were one fine summer away from a Champions League challenge and they produced a perfect summer; secretly, there is no doubt that Leicester were more than happy to receive a world-record fee for Harry Maguire and barely make a dent in their savings to bring in Youri Tielamans, Dennis Praet, Ayoze Perez and James Justin, all of whom are younger than Maguire.

Rodgers jumped when he did from the comfort of Celtic because he knew opportunities like Leicester do not come along often. Indeed, Leicester were probably the sole Premier League club that already boasted a raft of brilliant young players with ears, minds and hearts open to Rodgers’ methods. Against Bournemouth on Saturday, seven of Leicester’s starters were 25 or under; the remaining quartet are Premier League title winners. There is no other squad in the Premier League more suited to an upward trajectory. Simply harnessing the power of Jamie Vardy is probably worth 15 points a season.

The season is still incredibly young but Leicester are unbeaten in their first four games and sit three points ahead of both Manchester United and Chelsea, who both have managers who have shown only a fraction of Rodgers’ acumen in their very short careers. He has every right to look at those teams – led by those coaches – and believe that he belongs back amongst the elite of English football. Him and Leicester could be very good for each other indeed.