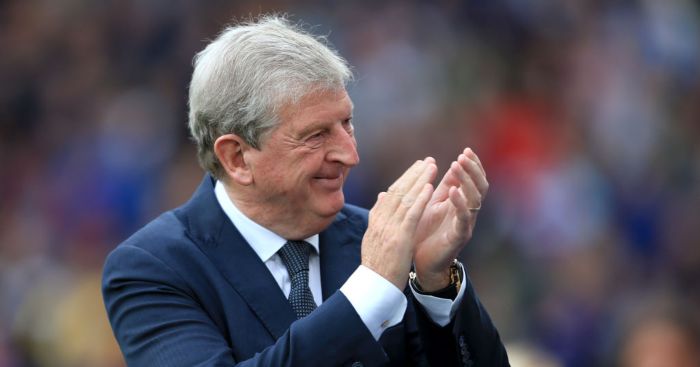 It was the sort of team only a man who thought Javier Mascherano and his torn anus was the world’s best player in 2014 could choose. There Crystal Palace were, at home to a newly-promoted side that had won one of their last six away league games, with Luka Milivojevic, Cheikhou Kouyate and James McArthur lining up in a central midfield more defensive than your partner when asked who they were texting just then.

The reaction was predictable, but also forgivable. There is a latent yet palpable irritation setting in at Selhurst Park, the sort that such a selection will only ever intensify and vindicate. As fans clamour for more technical, adventurous players, Max Meyer, Victor Camarasa and Jairo Riedewald have been feeding off a combined 161 Premier League minutes between them this season.

Meyer’s stoppage-time substitution did little to appease. But the introduction of Andros Townsend for Kouyate with 20 minutes remaining at 1-0 was at least a sign of positivity, particularly as he doubled Palace’s lead before the final whistle. It helped change the course of the game and renewed Palace’s previously non-existent attacking impetus at a point when they looked most vulnerable. After the two or three steps back made with the starting line-up, that was at least one giant stride forward.

Roy is really starting to piss me off

That encapsulates these awfully confusing times, with 2019’s fourth-best Premier League side stuttering and spluttering to 11 points from seven games. It took them twice as many to pass ten points with a 2-0 win over Burnley in December last season; only Manchester City, Liverpool (both 64) and Arsenal (43) have won more points than their 42 this year.

Such a statistic should not be underplayed, particularly when put into context. Palace were backed as relegation favourites in the summer, having sold one of their two most valuable assets and exasperated the other by keeping him. Joel Ward has been found down the back of the sofa to replace Aaron Wan-Bissaka, while Wilfried Zaha has perhaps not even been one of their three best players so far.

The 26-year-old’s slow start means entertainment and excitement has largely been at a premium. Before Saturday, Premier League games involving Palace had seen the fewest goals scored by either side this campaign (12), level with Newcastle. To share company with Steve Bruce is never recommended. Yet the structure, stability and safety Hodgson has embedded into this side is never really commended, at least nowhere near enough.

Solid if not overly exciting. So basically, a typical Roy Hodgson performance! Happy with the 3 points. Wilf for the second goal..unplayable when like that! Apparantly he plays like he doesn't want to be here though 🤔😂

It is easy to forget that this was a side completely and utterly directionless when he was appointed in September 2017, the Frank de Boer gamble having failed miserably. Hodgson was in charge for three of their opening seven defeats before guiding them to 11th, then 12th in 2018/19. Taking this campaign into account, any other manager might feel justified in asking why far grander opportunities have not presented themselves.

Yet the 72-year-old is of course unique in that he has already been given them at both club and international level, fell flat on his face both times, and still had the courage and conviction to dust himself off and carry on.

Perhaps that is part of the problem Hodgson faces, the reason any possible displeasure will be exemplified if and when results start to permanently turn. There seems to be a minority that have been stricken with a fear of the known. His is now the joint-longest managerial reign at Palace since Neil Warnock left in 2010, and the third-longest of his remarkable career in terms of games.

Security might not be sexy, but there is an underrated advantage to knowing precisely what you’re going to get, particularly considering what came immediately before him. And there are signs that Hodgson is making progress: winning without Mamadou Sakho and James Tomkins, equalling the club’s longest ever unbeaten home Premier League run and seeing out close games instead of capitulating make for solid foundations upon which to build.

There will be an inevitable parting of the ways in the near future; his is already a unique longevity and the circumstances of his initial appointment meant he has already lasted longer than was intended. But Hodgson has earned the right to make that call when he feels the time is right.