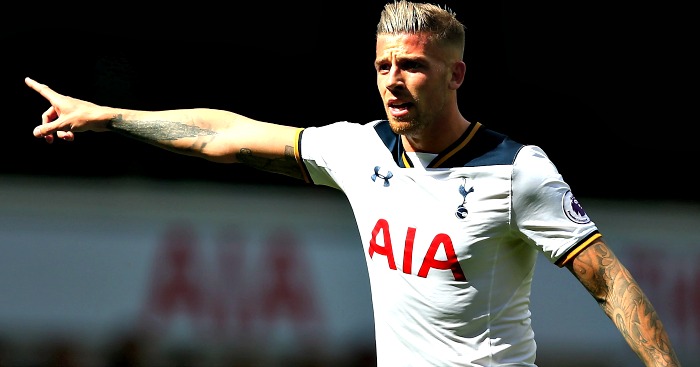 Given the wonderful fluidity of Tottenham’s attack, it might seem a little grouchy to pour individual praise on one of Mauricio Pochettino’s defenders. Yet after a week in which the list of nominations for the PFA Player of the Year award was released and included no defenders, it is an appropriate time to profess love for one of the league’s best.

It is no surprise that Tottenham’s attacking proficiency attracts the headlines. They have now scored an average of more than three goals per home game in their last 11, and against Bournemouth slotted Harry Kane back into a forward line that has hardly missed him. Kane scored once and assisted another, further evidence that those who label him as ‘just a goalscorer’ cannot have watched him play. In any case, the goals would be enough.

Yet if there is one hallmark of Pochettino’s change at White Hart Lane, it comes in defence rather than attack. This was Tottenham’s 15th league clean sheet of the season, two ahead of any other team. Spurs are also the only team in England’s top four leagues not to have conceded more than twice in a league match this season. They may be scoring in threes and fours, but their defensive resolve regularly means one or two would do.

Tottenham’s full-backs have increased their profile immeasurably over the last 18 months to the extent that both Danny Rose and Kyle Walker are considered among Europe’s best. Yet their central defenders’ excellence continues to be taken for granted, if not overlooked. This is the Premier League’s most miserly defence, remember.

At the heart of that proficiency, and the poster boy of this quiet overachievement, is Toby Alderweireld. The Belgian has suffered with injury this season, but Bournemouth was his 24th league start. Tottenham have conceded only 14 goals in those game.

Now 28, Alderweireld is one of the Belgian trio that acts as the outfield experience in Pochettino’s young squad. He, Jan Vertonghen and Mousa Dembele are the only three players currently aged 28 or over who have appeared in the Premier League for Spurs this season. This Benelux ministry for the defence ensures that Dele Alli and Christian Eriksen can play with a carefree mentality.

While supporters may still be getting used to a Tottenham team for whom defensive incompetence is a rarity, it is becoming Alderweireld’s calling card. He is a member of the league’s meanest defence this season, was last season, was in 2013/14 at Atletico Madrid and was in 2012/13 at Ajax. The only exception was his season at St Mary’s, when Southampton conceded one more goal than Jose Mourinho’s champions Chelsea.

Alderweireld’s is an understated, easy dominance. He is not a chest-beater, nor the type to resort to the last-ditch challenges that can act as a shortcut to praise in the eyes of the many. British defenders capable of accomplished passing and happy to step out of defence with the ball are soon noticed through understandable patriotic self-interest and difference to their peers, but foreign defenders often struggle to have the same impact.

One interesting statistic is the comparatively few fouls Alderweireld commits, especially in a team unafraid to resort to what are euphemistically called ‘clever’ fouls. Of the 374 fouls Tottenham have conceded this season in the league, Alderweireld accounts for seven. In 5,500 Premier League minutes since the start of last season, he has committed 16. By way of comparison, Shkodran Mustafi has conceded 32 since August.

That detail speaks of the cover provided by Victor Wanyama, Eric Dier and Dembele, but also Alderweireld’s positional discipline and ability to read the game. He is the child locks on the rear doors of the Maserati, the bulletproof vest worn by the superhero just in case. Alderweireld does not and should not expect his name to be read out at awards ceremonies, but that doesn’t mean all at Tottenham do not cherish his worth.

Tottenham conceded 53 league goals in 2014/15, and they finished fifth. Thirteen teams conceded fewer times. Pochettino’s response was not to worry about his side’s pressing high up the pitch and expansive attacking, but to sign the central defender he considered to be the best in the Premier League. The key to Spurs’ success since then has been in the collective improvement rather than individual, but you’d be hard pushed to argue the case for a higher performing defender in the country since that move.