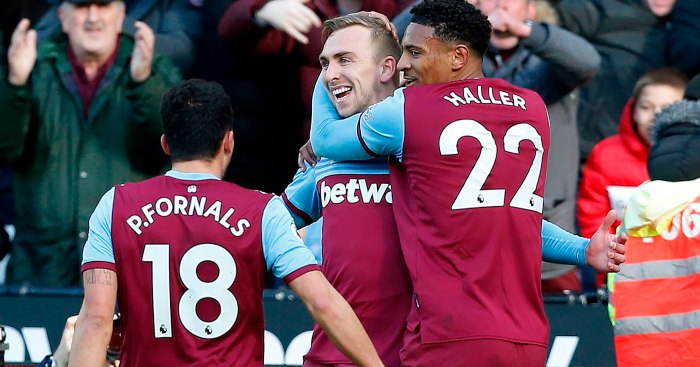 David Moyes needed that. Not only because of West Ham’s perilous position in the Premier League table, but also to serve as a shot in the arm for what is to come. Fortunately for the Hammers boss, it finally came together in the nick of time.

West Ham thoroughly deserved their 3-1 victory over Southampton, a first win in nine matches and a triumph which secures the Irons a first double over any side this season and, more importantly, a climb of two places out of the relegation zone above Aston Villa and Bournemouth.

Just as important as that tangible effect is the confidence boost this outcome and the performance that secured it should offer ahead of a set of fixtures which could have left the Hammers marooned in the bottom three if that’s where they began a four-game run which involves three London derbies against Arsenal, Spurs and Chelsea and the visit of Wolves.

The magic formula that had evaded Moyes prior to today? Long ball and 4-4-2.

It was perhaps a little more sophisticated than that but for all the complexities of tactics and formations, it was going back to basics that helped the Hammers dominate Saints.

Moyes will claim credit for the team selection and for giving Jarrod Bowen his first Premier League start, he deserves it. But West Ham supporters have been echoing Sebastien Haller’s pleas for more support ever since Moyes returned. Today, when he got it from Michail Antonio, the £40million summer recruit looked a different striker to the one that has appeared on the verge of giving up in recent weeks.

31 – Each of Sebastien Haller's 31 goals within the top five European leagues have been scored from inside the box (seven for West Ham and 24 for Eintracht Frankfurt). Poacher. pic.twitter.com/M3CE3MQykX

This was only the second time in Moyes’ 11 games in charge that he started with both Haller and Antonio and both found the net while playing a part in each other’s goals. Antonio may claim an assist for Haller’s seventh goal of the season which helped the hosts re-establish their lead after Michael Obafemi had levelled for Saints, but it was miscued left-footed up-and-under in his strike partner’s general direction which will see him credited with it. Haller’s goal was all of his own making, with a huge helping hand from Saints keeper Alex McCarthy, who was out-jumped and out-muscled by the French forward before a clever finish from an acute angle was applied, much to Ralph Hasenhuttl’s horror.

It was similar route-one stuff for Antonio’s strike to give West Ham breathing space. Haller won yet another header, but unlike so often this season, there were runners off him. Pablo Fornals, another impressive performer with a couple of assists, gathered the flick on before feeding it into the path of Antonio, who beat McCarthy with a confident strike.

The direct approach was not as a result of Moyes running out of ideas; against Saints’ high press, it made perfect sense. Especially when West Ham have a runner as willing as Bowen on his first start.

The January recruit from Hull could have put his name on the scoresheet a few moments before he eventually did, with a cool dink reminiscent of the chance he had at Anfield on Monday which Alisson kept out with his face. With McCarthy going down quicker than his Liverpool counterpart, this time, the winger was off and running.

And most pleasingly for West Ham supporters, he didn’t stop until he was withdrawn to a standing ovation. Moyes had hinted that he would not rush the 23-year-old through his adaptation to the Premier League but on this evidence Bowen, while showing some rough edges in terms of decision making, looks ready to learn on the job.

Now we wait to see how brave Moyes is feeling ahead of a pivotal month. It would be a shame if the Irons boss lets cautiousness get the better of him until April 10, the next time his side face an opponent who weren’t in Europe prior to this week.

But West Ham’s last two performances and the defensive deficiencies of the three London rivals they face in the coming weeks offer Moyes plenty of reasons to maintain a positive approach.