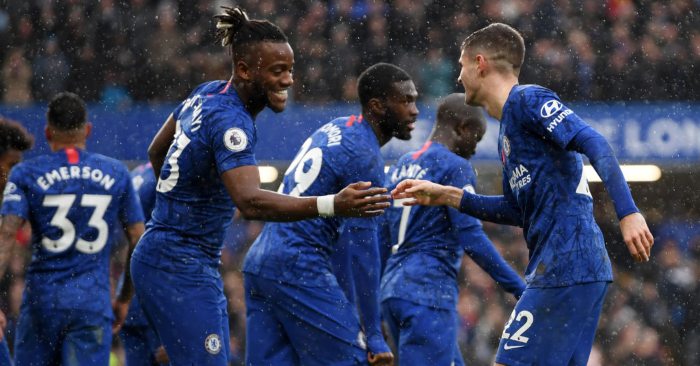 You could never have predicted that reaction six months ago. Chelsea named their starting line-up – shorn of the suspended Jorginho – and there was a flurry of ‘where’s Jorginho?’ that even the inclusion of N’Golo Kante could not muffle. Worried Chelsea fans around the world were quickly reassured that the Italian was not injured and Frank Lampard had not lost their mind; but now, the question of whether Chelsea could break down a deep defence without their driver and unelected leader.

For 52 minutes the answer was that this was an extremely onerous task as Palace defended deep and narrow. Possession and endeavour were not in short supply for Chelsea but teams need more than possession and endeavour to break down a deep defence. They need a change of pace, a switch of play, a moment of genius. The next 27 minutes brought all of those things and more as Chelsea carved out an impressive 2-0 victory without the man that makes them tick.

On Tuesday there had been chaos but on Saturday there was calm and patience. There was even a rare clean sheet as Chelsea fired nothing but blanks at their own feet, their defence undoubtedly improved by the decision to drop actual captain Cesar Azpilicueta and his fellow title winner Marcos Alonso. All that was required was a breakthrough and that came via the continually surprising Tammy Abraham, though the rejuvenated Mateo Kovacic and Willian should each take a third share of the credit.

“I think he can do even more – in the other half of the pitch, in the attacking areas. He has the ability to go past people,” said Lampard in August and we all wondered if he was talking about the same Kovacic who had ghosted his way through an underwhelming loan spell before his permanent move came by default. But the Croatian does really have the ability to go past people; his dribbling stats should be the envy of most wingers. And it was a burst of pace that proved the catalyst for Chelsea’s opener, though most will only talk of Willian’s sublime free-kick or Abraham’s cool finish.

And then when Chelsea needed another goal, it was Kovacic who picked up the ball in what we will regretfully call the quarter-back position, and pinged the ball to the left for Christian Pulisic to complete a slightly fortunate one-two with Michy Batshuayi for the game’s second goal. Do not be fooled by the most basic of statistics; a record of no goals and just one assist in 12 games is hiding an incredibly influential season from Kovacic. Kante might have taken up Jorginho’s literal position on the pitch, but Kovacic took on his responsibility to open up a defence armed with only intelligence and vision.

He was certainly not alone in producing a performance full of quality, with Pulisic and Willian also making strong cases to be Chelsea’s man of the match in a victory that showcased that indefatigable hunger for the ball that has become the hallmark of this exciting Blues side. But this was a day to celebrate Kovacic, who took the absence of Jorginho as a challenge to set the tempo and drive this team forward. Challenge accepted. Test passed.